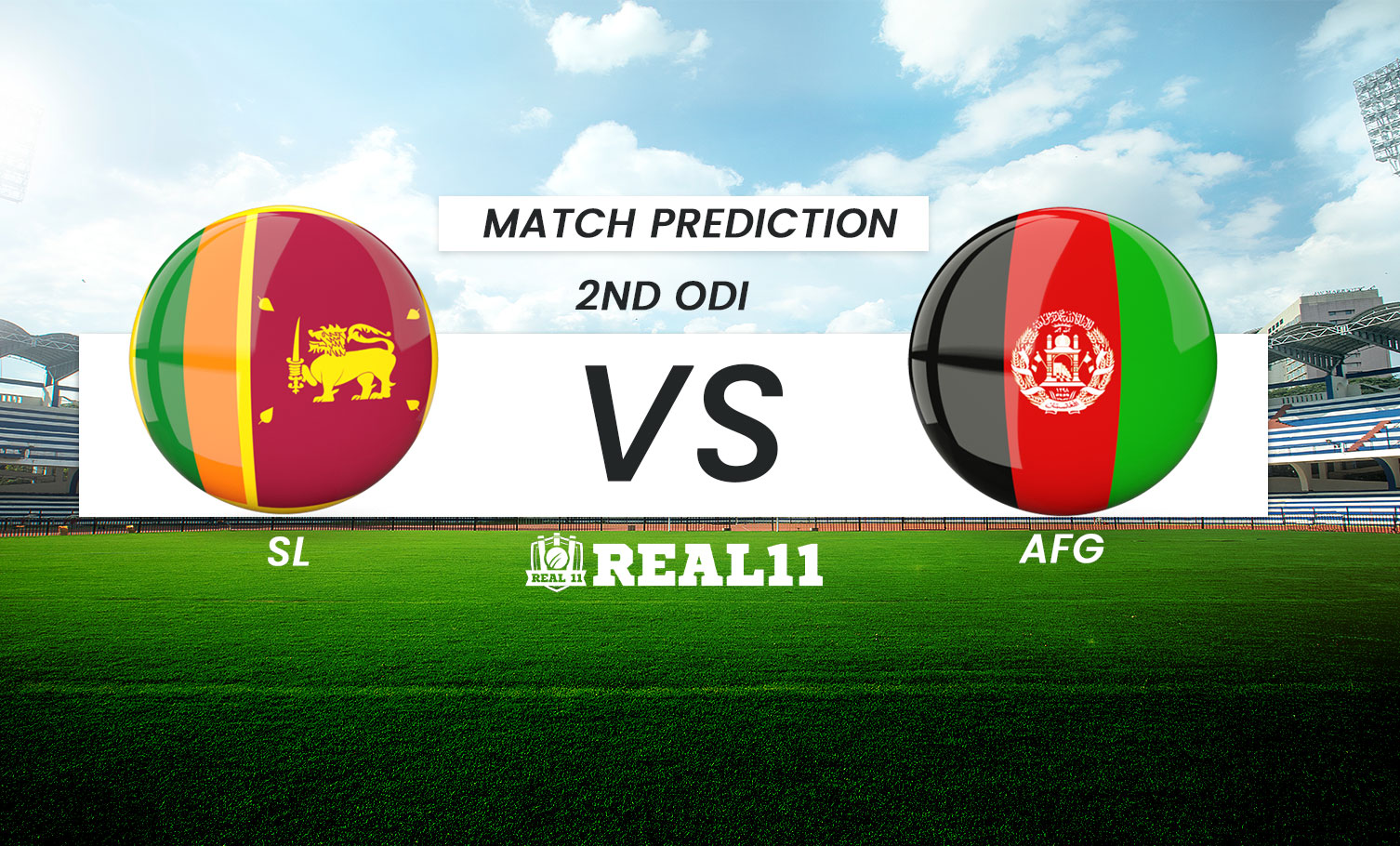 The second match of the ODI Series, 2022 between SL vs AFG will be played on 27 November at Pallekele International Cricket Stadium, Pallekele, Sri Lanka. This match will start at 02:30 PM (IST). Afghanistan stuns the host by beating them in the first ODI of the series. Afghans have taken a 1-0 lead in a three-match ODI series against SL. It was an all-round display with bat and ball, that helped the visitors win the match by 60 runs. The Hosts would now be aiming for a comeback in the second ODI this Sunday.

This will be the second match of the 3-match ODI series to be played between Sri Lanka and Afghanistan. If we look at the last few matches played by both the teams in the ODI format, then the Afghanistan team has won 5 out of the last 6 matches played while Sri Lanka has managed to win 3 out of 6 matches.

In this series, both teams are expected to perform well from the key players. Mohammad Nabi, Rashid Khan, and Rahmat Shah are going to be key players for the Afghanistan team while on the other hand Sri Lanka team is expected to perform well with players like Pathum Nissanka, Wanindu Hasaranga, and Kusal Mendis. Both teams would like to open the account with a win in the series, performing brilliantly in this first match.

While Chasing down the target of 295 in the first ODI Lankan Lions fell short of 60 runs and only managed to score 238 runs in 38 overs. Nissanka's 85 and Hasaranga's 66-run innings tremendous went in vain after other batters failed to contribute with the bat. The Afghan bowlers put pressure on the Lanka side from the very start of the inning and ended on a winning side.

The Pallekele International Cricket Stadium’s pitch is a level surface. The batters may play their strokes freely since the new ball slides onto the bat with ease. Later in the game, when the ball may start to hold the surface, the spinners will be put to use. The rain god is in favor of the safe conduct of the game as the weather will remain pleasant throughout the day. The sky will be absolutely clear, there is no possibility of rain. The temperature is expected to be 22.17 degrees Celsius.

This pitch is favorable for both batsmen and bowlers, although spin bowlers get a lot of help on this pitch in the beginning, so winning the toss and bowling first will be the right decision on this pitch.

Kusal Mendis: Sri Lankan team's wicket-keeper batsman Kusal Mendis has scored 319 runs in 9 matches at an average of 41 in ODIs this year. In this match, he will be a good option in the dream team from the wicketkeeper category.

Pathum Nissanka: This year he has scored 453 runs in ODIs, this year he is the highest run scorer for Sri Lanka in ODIs. In this match too, he can contribute well with the bat.

Hasaranga: He is the main fast bowler of the Sri Lanka team, he can also contribute well with the bat, and he has also performed very well during the recently concluded T20 World Cup. This year he has played only 3 ODIs in which he has taken 7 wickets and scored 124 runs. In this match, he will be the key player from the Sri Lankan team.

Rashid Khan: He is the main bowling all-rounder of the Afghanistan team, he has taken 19 wickets and scored 103 runs in 10 ODIs this year. In this match, he can prove to be a good option as a captain in the dream team.

After losing the first ODI, SL will be under pressure but Lankan Lions won't give up that easily. They will put some show in the second match this Sunday to make it 1-1 against the Afghans. The Sri Lankan team has played better cricket than Afghanistan in the past. This has also been seen in Asian Cup and T20 WC. In such a situation, the Sri Lankan team will remain the favorite. 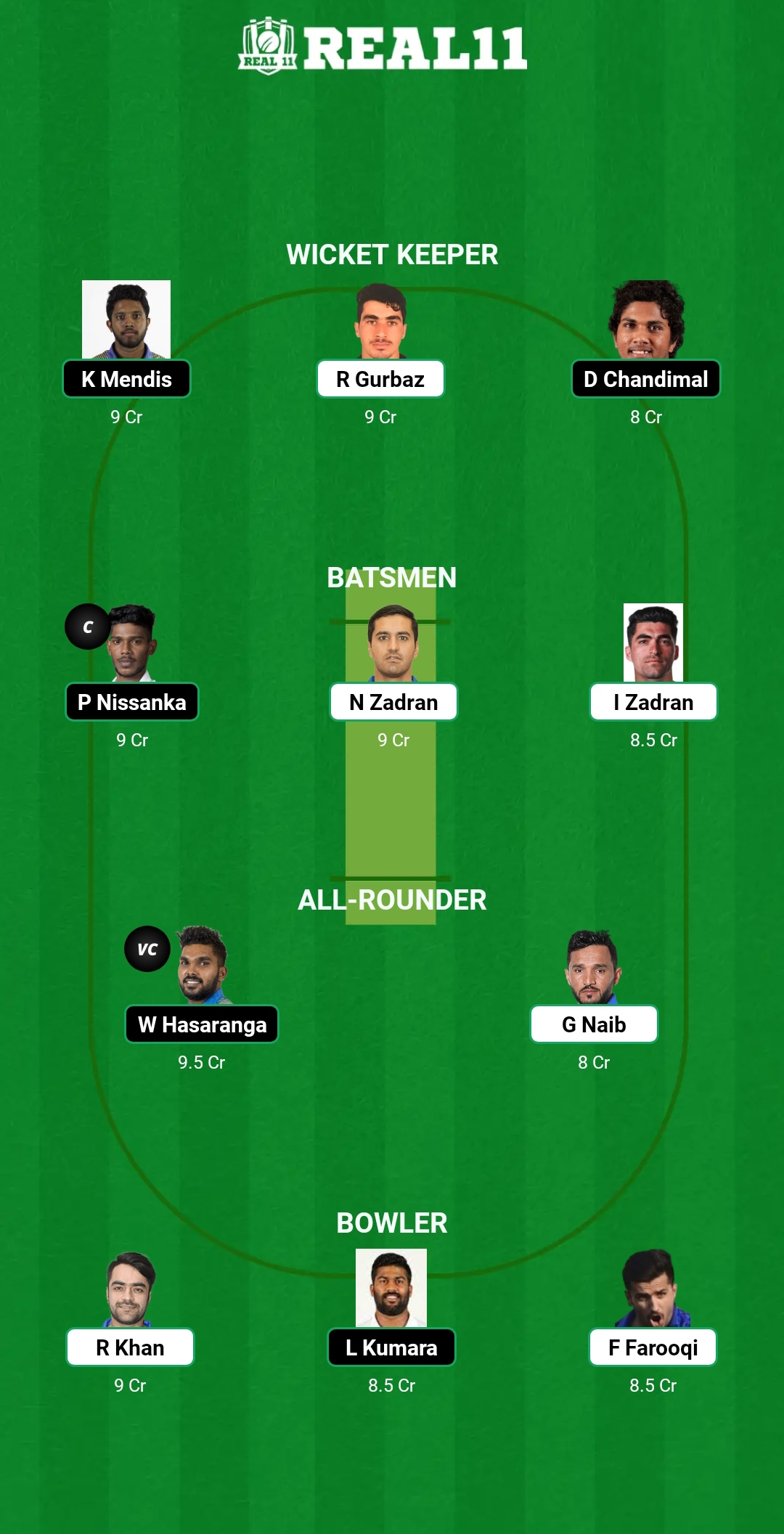