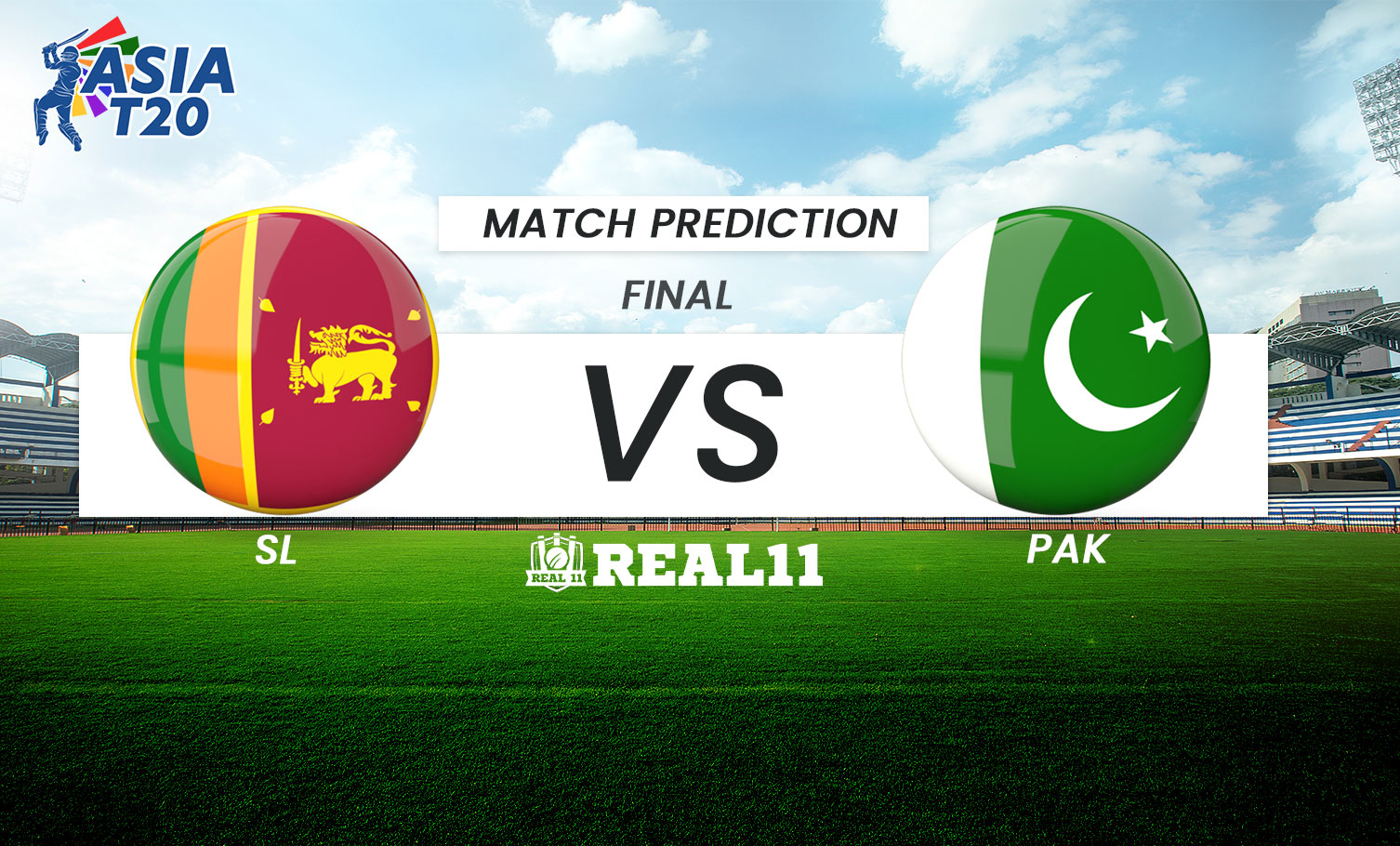 After more than two weeks of relentless activity and thrilling games, we are down to the final two teams. Pakistan and Sri Lanka square off  in the Asia T20 2022 final on Sunday, September 11 at the Dubai International Stadium.

After defeating Pakistan by 5 wickets in a low-scoring match on Friday, Sri Lanka will  enter the final match as slight favourites. Both sides, who had already qualified for the big Final on Sunday, competed in the final Super 4 game on Friday in what may be termed a dress rehearsal for the big Final. Sri Lanka kept up their winning streak after falling to Afghanistan in the tournament opener

Although their top order fell to 3-29 against Pakistan's pace during the batting powerplay, Nissanka's gallant unbroken 55 off 48 balls propelled Sri Lanka to 5-124 with three overs left after Pakistan were bowled out for 121 in 19.1 overs. Babar Azam set the tone with a shaky 30 from 29 balls before Pakistan lost their final nine wickets for 58 runs. Azam has struggled, scoring 33 runs in the last four games. His performance in the Final will be crucial if Pakistan hopes to lift the Asia T20 Trophy a third time.

Bhanuka Rajapaksa: The attacking left handed batsman hasn’t had much to do in the tournament thus far. Rajapaksa has done good in the few matches he has gotten the opportunity. His fiery cameos down the order can play a crucial role in determining the outcome.

Pathum Nissanka: The dashing batter scored a brisk 55 in the preliminary final. He is an extremely dangerous batter at the top of the order who can clear the fence at will.

Mohammad Nawaz: He is a bright prospect for this Pakistan side. The 28 year old all rounder with 8 wickets is the leading wicket taker in the tournament. Besides important scalps, Nawaz has smashed 47 runs in 3 innings at an impressive strike rate of 186.

Wanindu Hasaranga: Wanindu Hasaranaga: He has been a vital cog in SL’s revival in T20Is this year. The 25 year all rounder hasn’t done much with bat in hand but has been a hit with the ball. In the last game against the men in green, Hasaranaga picked three important wickets

Maheesh Theekshana: The young off break bowler has astounding control over his skills and variations. He can cause a few headaches for the Pakistani batters.

Dilshan Madhushanka: He has been the find of this tournament so far. The 21 year old has impressed one and all with his ability to pick wickets upfront. With 6 wickets to his name, Madhushanka is among the leading wicket takers in this competition.

Mohammad Rizwan: The number 2 T20 batter is showing us why he is rated so highly in world cricket. He has amassed 226 runs in 5 innings at a staggering average of 45.2 and is currently among the leading run scorers in this competition.

Babar Azam hasn’t fired in this tournament so far. He is a big match player, so you can play a gamble by assigning him as the captain of your fantasy team.

Sri Lanka will head into the final with a world of confidence. They are playing fearless cricket at this moment. Pakistan on the other hand will have the preliminary final loss on their mind. We fancy Shanaka’s men to win this all important final. 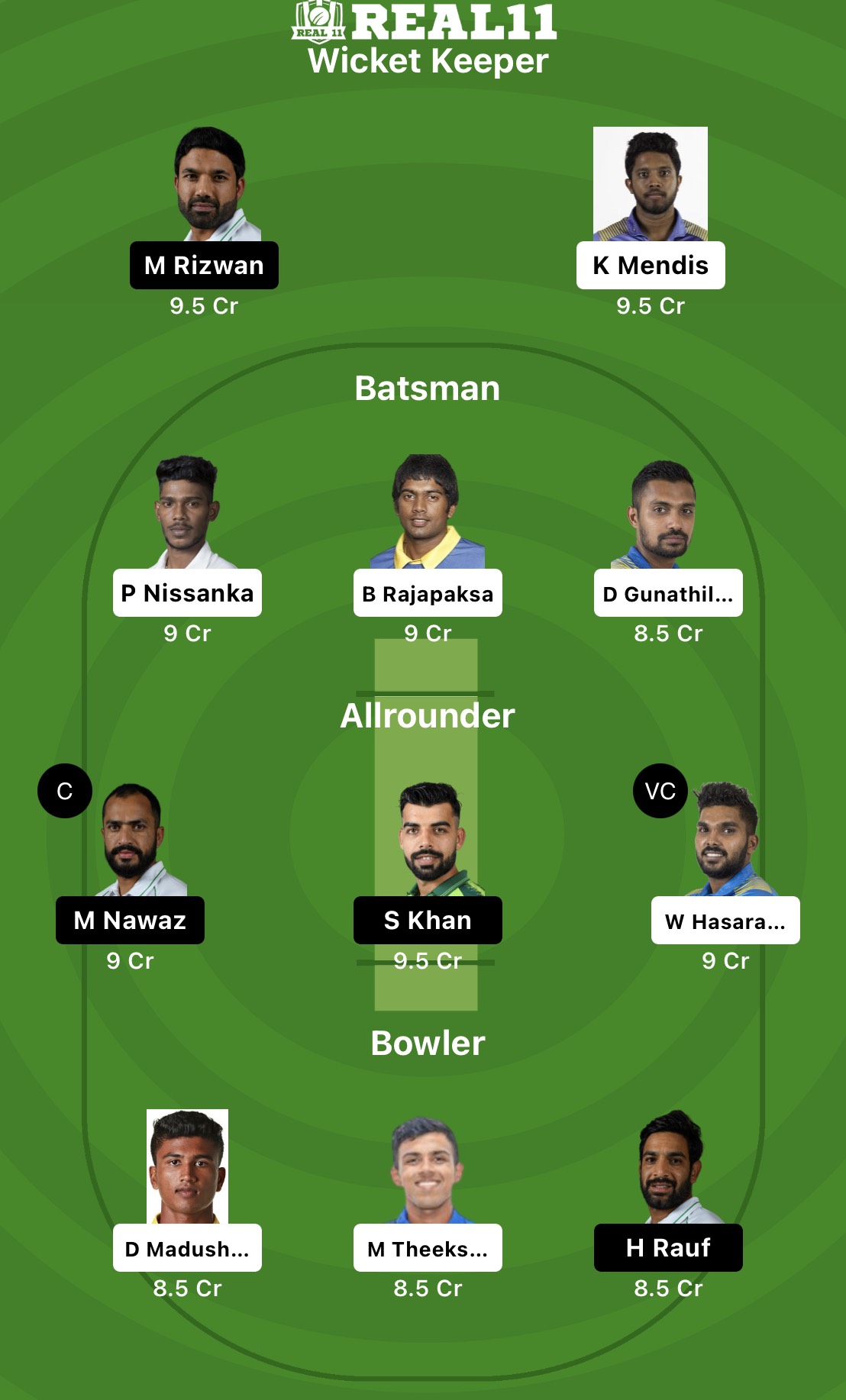