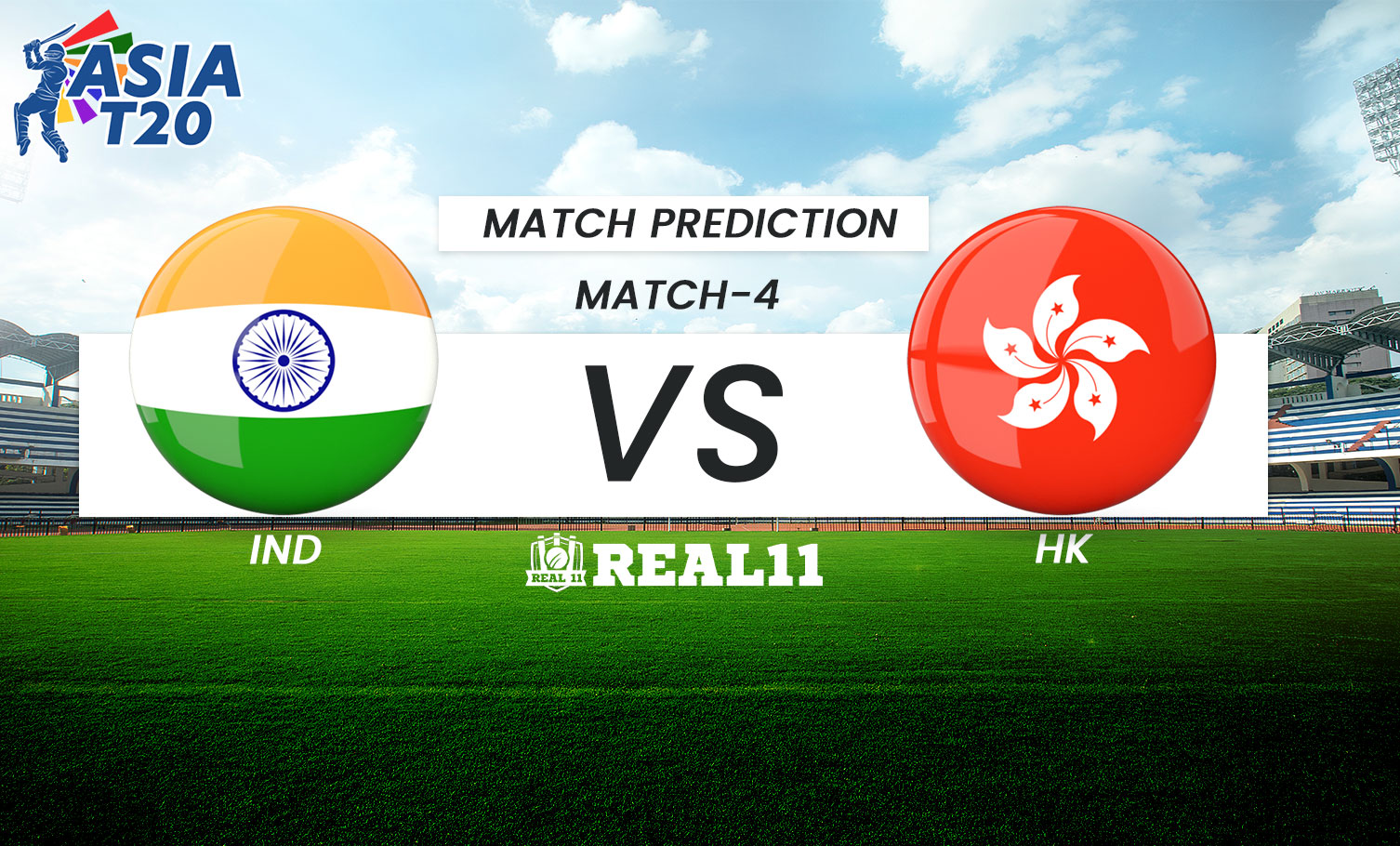 After securing a last over win in their opening encounter, Rohit Sharma and co will be looking forward to carry the winning momentum ahead in the tournament. They will play the second match of their campaign against a rejuvenated Hong Kong side on Wednesday, Aug 31 at the Dubai International Cricket Stadium.

The tournament opener went right down the wire with team India holding their nerves to emerge victorious. Hardik Pandya and Bhuvneshwar Kumar were the chief architects of the maiden win. The two will try to continue their golden run when they take the field against Hong Kong. In the last game against arch rivals, Pakistan, Rohit Sharma won the toss and elected to field first. Indian pacers took wickets at regular intervals and didn’t allow the opposition batters to let loose. They banged the ball hard into the wicket that hurried onto the batters which induced a false short and eventually led to their downfall. Hardik Pandya in particular used this strategy to good effect and took three important scalps before hitting a 17 ball 33 to clinch the game for his side. Ahead of the second encounter, India’s top order, who missed out in the opening match would be eyeing to get some runs under their belt.

Hong Kong outplayed UAE, Kuwait and Singapore in the recently concluded Asia T20 qualifiers to power their way through the prestigious tournament. They exhibited enthralling performance throughout the qualifiers and it will be fascinating to see them battle it out against a world class side like India.

The pitch here has usually assisted the teams batting second and that is what happened on Sunday in the Ind-Pak game. So, the team winning the toss should elect to bowl first. 143 is the average first inning total on this wicket.

Rohit Sharma: The dashing opener missed out in the last game and he would be itching to break free and get his form back.

Virat Kohli: We saw a glimpse of Virat Kohli’s range and potential in the previous fixture. He scored a well compiled 34 against a potent Pak bowling attack.

Hardik Pandya: Pandya is one of the best all rounders in white ball cricket. Since his return to cricket after injury, the 28 year old has put up a string of impressive performances. In the last game against the green army, Pandya took a three-fer and smashed a quickfire 33.

Ravindra Jadeja: The Indian International has been a key player in India’s T20 squad. Besides being a solid all rounder, Jadeja also adds immense value with his fielding.

Bhuvneshwar Kumar: He is regarded highly in T20 cricket because of his ability to move the ball both ways. Kumar picked four wickets against Pakistan in India’s opening game.

Ehsan Khan: Ehsan, whose bowling action was questioned four years ago, ended as the top wicket-taker in the qualifiers with 9 wickets to his name.

Dinesh Kartik: Kartik’s return to international cricket has been nothing short of a miracle. He is a threatening batsman down the order who can score runs at a brisk pace.

Avesh Khan is our pick for this segment. The lanky pacer has good control with ball in hand but struggles a bit with his consistency. 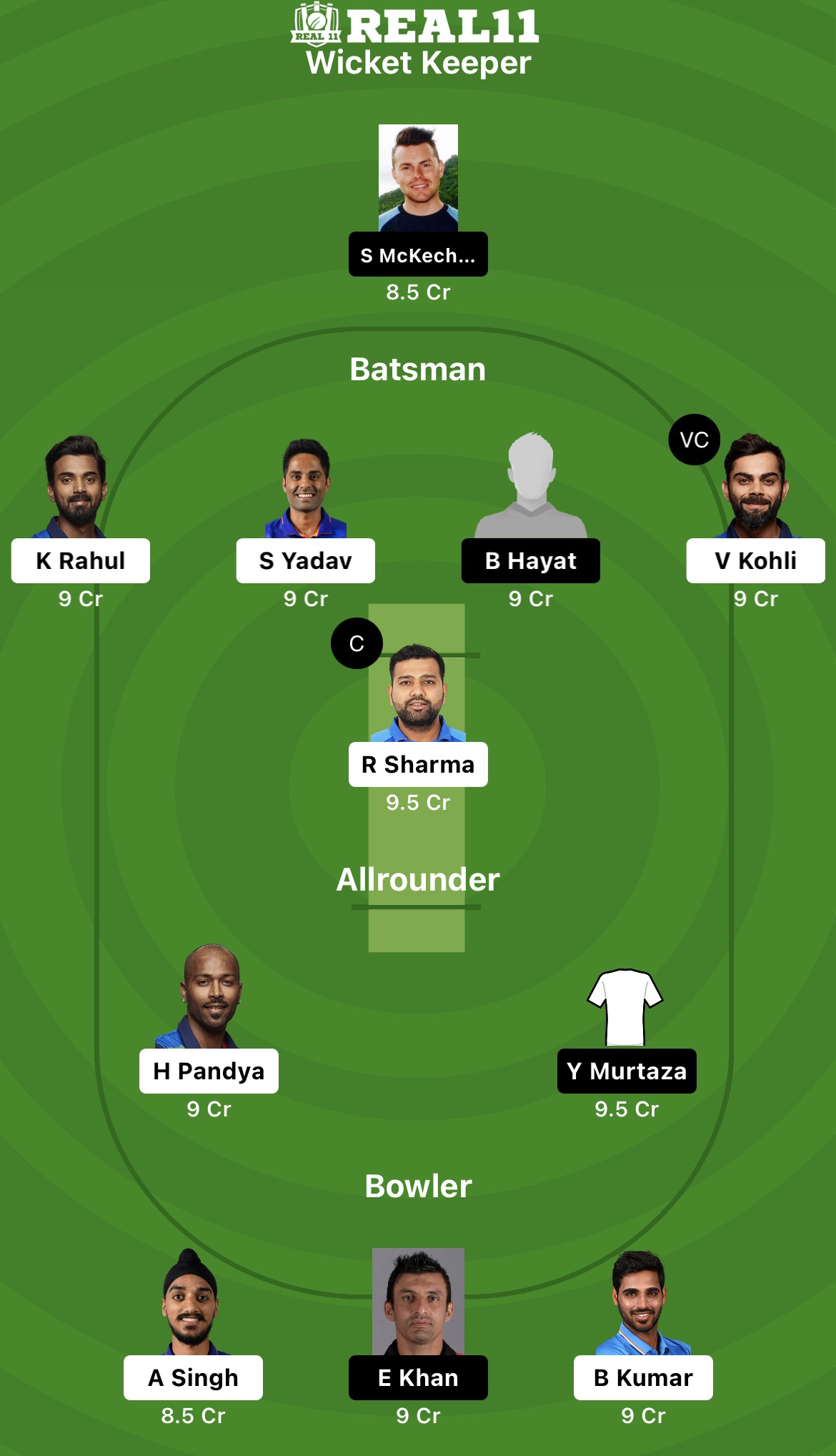