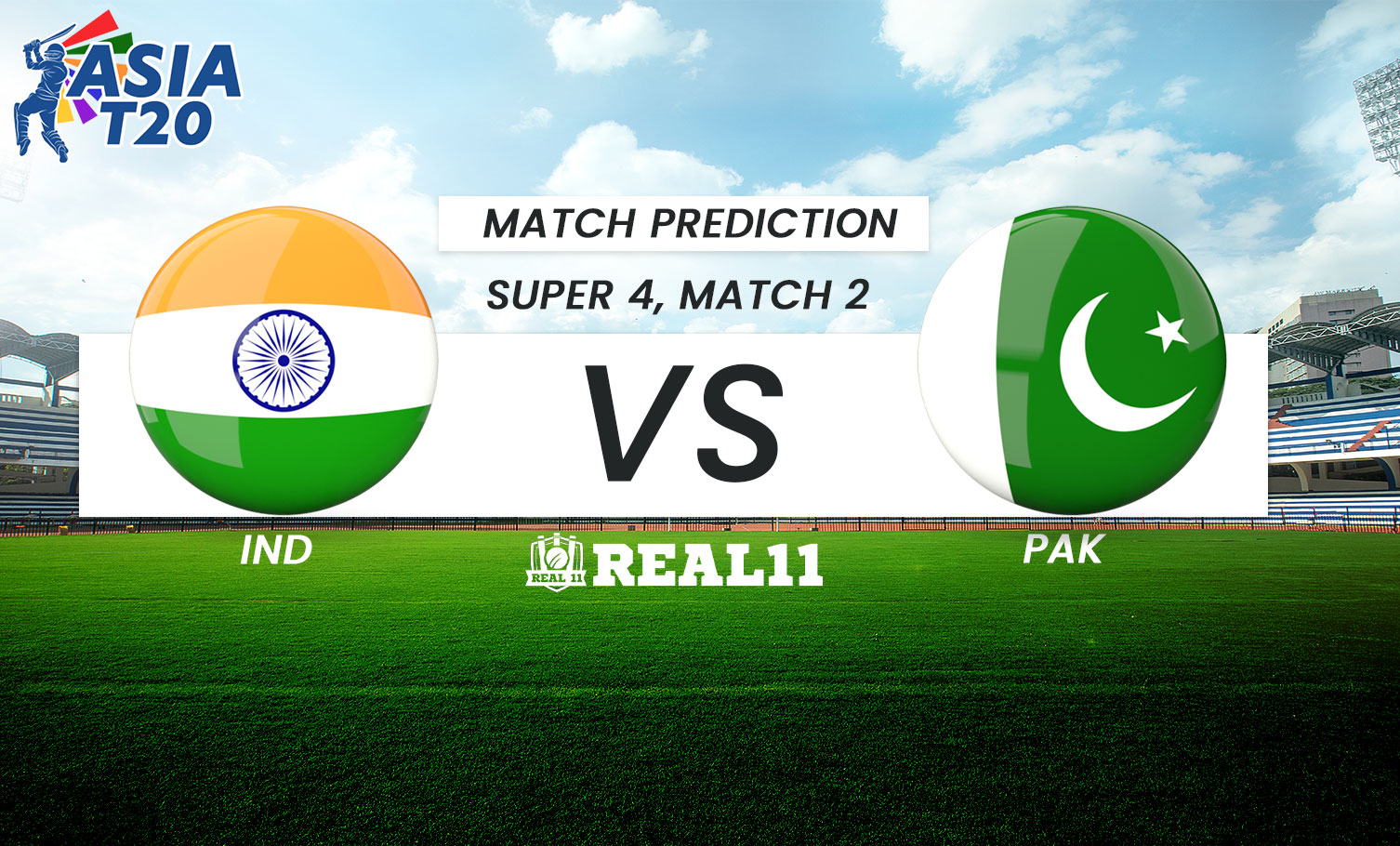 India will meet Pakistan on Sunday, September 4, in the Asia Cup 2022 Super 4 match, which will once again be seen by a billion people from a variety of angles. After India defeated Pakistan by five wickets in the group stage to win the first-round match, Pakistan would be eyeing a revenge.

India defeated Pakistan on August 28 in a gripping match, winning by 5 wickets. Following a victory against Hong Kong in a league match, they moved to the Asia T20 2022 super 4 rounds. In contrast, Pakistan defeated Hong Kong to advance to the Super 4 stage, setting up another match between India and Pakistan.

In order to improve their chances of easily making it to the finals, both of these teams will be hoping for an early victory in the super 4 stages.

The average first innings total at this venue in T20Is is 141, and the average second innings score is 124. Pakistan were bundled out for 147 the last time they faced India. The surface was quite beneficial for pacers in previous competitive games. The side that wins the coin toss should elect to bowl first.

Babar Azam: Azam hasn’t had the best of tournaments thus far. In two matches, the Pak skipper has only managed to get low scores of 10 and 9. But that doesn't change the fact that he is the number one player in T20I rankings and once he gets going, not even the finest bowlers in the world can get rid of him from the middle. It goes without saying that Babar will once again be crucial to Pakistan's success in this important game.

Rohit Sharma: Sharma off late has struggled with bat in hand. Although, he hasn’t played much T20Is this year.  Blessed with timing, the dashing opener is known for his prowess as a premium striker of the ball and even though he isn’t in the finest of touches lately, we still believe the Indian skipper to do well against the Shaheens.

Hardik Pandya: Over the last year or so, Hardik Pandya has shown us why he is regarded so highly in the world of cricket. Since his return to the side, the 28 year old all rounder has powered India to many thrilling finishes with his stellar show with both bat and ball. In the previous encounter against the men in green, the 28 year old proved to be the game changer

Shadab Khan: Shadab Khan is a proven match winner for Pakistan. He shows immense control with ball in hand and possesses a knack of picking wickets. Apart from his craft as a leg spinner, Khan also has the ability to score quick runs down the order.

Bhuvneshwar Kumar: With 25 scalps in 18 innings, Kumar has been India’s highest wicket taker in T20Is this year. He will lead the bowling prowess in the absence of Jasprit Bumrah.

Naseem Shah: The Pakistani pace sensation has bowled with a lot of heart in this tournament. He picked up two crucial wickets against India last time around.

Mohammad Rizwan: Rizwan has been in scintillating form for Pakistan this year in T20Is, scoring 1470 runs in 29 innings with a century and 13 half centuries.

Virat Kohli is our pick for this segment. The Indian stalwart has shown signs of revival but we are yet to witness a flawless knock from the genius batter. Assigning him as the captain of your fantasy squad is a risk worth taking.

With a victory over Pakistan in the opening round of the league stage, Team India's 2022 Asia Cup campaign is off to a successful start. In their subsequent match, they defeated Hong Kong to go to the super 4 rounds.

The Indian team's batters performed admirably which is evident with their performance. However, India's pace attack is a pain point. Arshdeep Singh and Avesh Khan haven’t provided India’s spearhead Bhuvneshwar Kumar much help. The two gave a lot of runs in India’s most recent fixture against Hong Kong. They will need to come up with a much better performance when they take the field against the men in green.

Virat Kohli will be essential in this game as he is just beginning to regain his form. Suryakumar Yadav performed well against Hong Kong and is keen to do so in the future.

Since neither Rohit Sharma nor KL Rahul really aided the team's cause in the previous two games, they will be hoping for a strong performance

India defeated Pakistan in their opening match of the 2022 Asia T20. Their batters failed to reach the necessary run totals to set a substantial total. Naseem Shah helped the Pakistani bowlers get off to a quick start by taking two wickets for each of them. The tenacious Indian middle order, though, led by Hardik Pandya and Jadeja chased down the total in the final over.

Pakistan easily defeated Hong Kong in their second match, advancing as the second team from group B to the super 4 round. Pakistan’s top order needs to fire in all cylinders if they want to induce a favourable outcome. Based on recent results, India will win this crucial match. 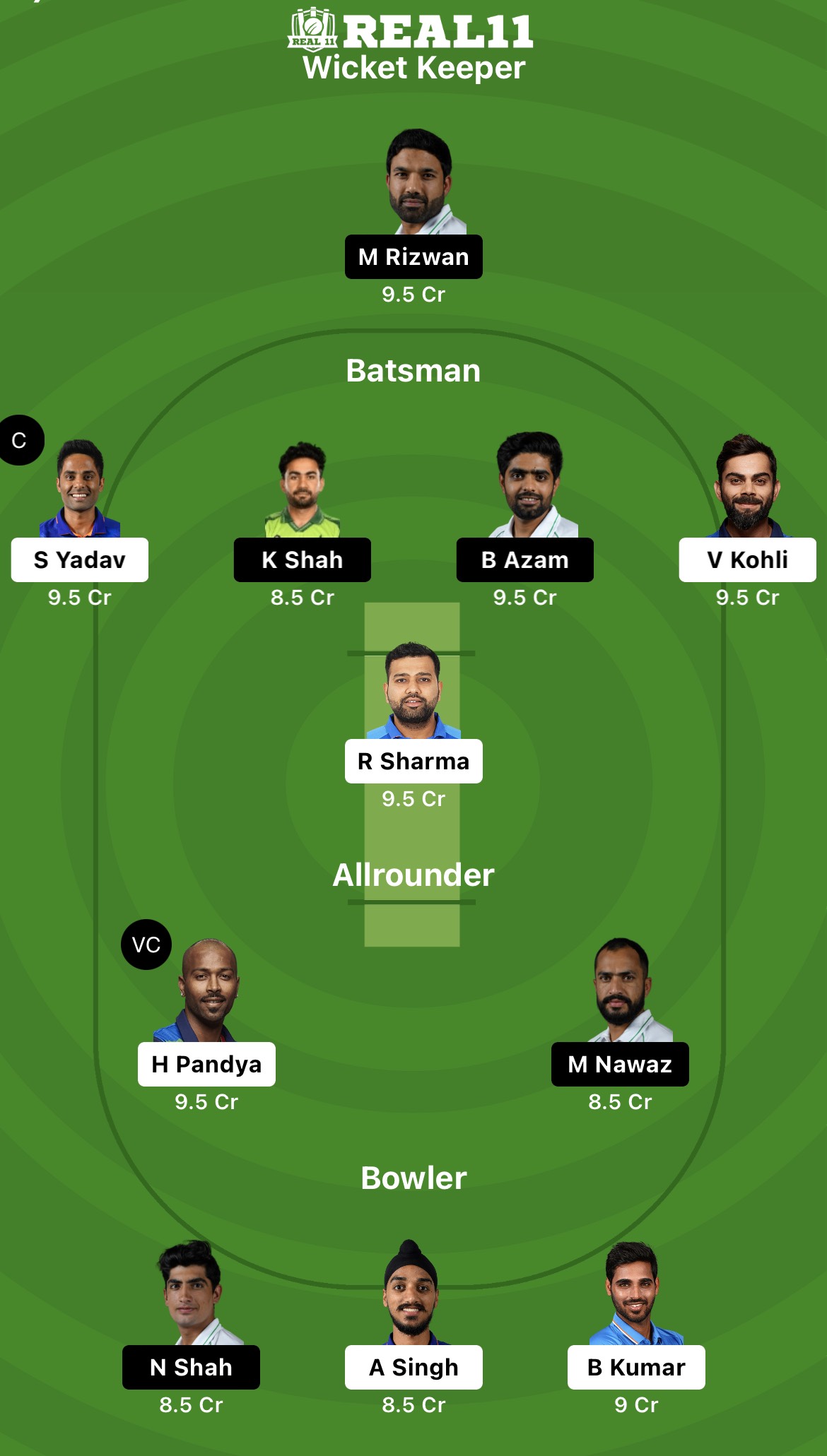