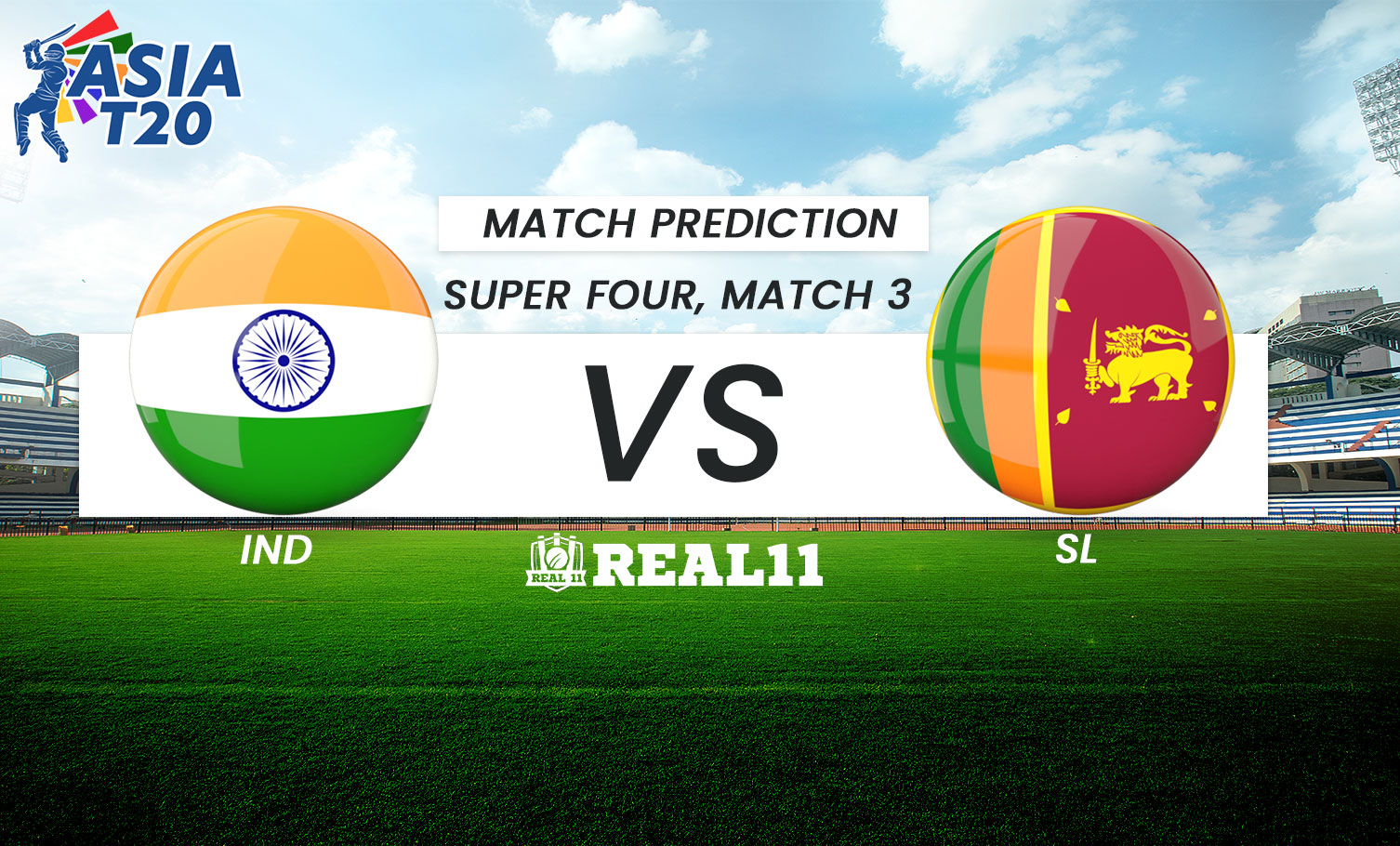 India and Sri Lanka will square off in match 3 of the Super 4 Stage of the Asia T20 on Tuesday, September 6 at the Dubai International Cricket Stadium. After facing a defeat in their opening game of the Super 4 against the men in green, India will be eyeing a comeback. Meanwhile, Sri Lanka will look to carry forward the winning momentum after a dominant show against Afghanistan.

India have not lost a single T20I to Sri Lanka in 2022. Rohit Sharma led side would be keen to continue their unbeaten streak. The men in blue will also be eager to bounce back and  put up a clinical display with both bat and ball. A lapse in concentration cost India their previous match against Pakistan. A few false shots from the batters restricted India’s scoring batting first. Bowling was also abysmal as they gave way too many runs in the back end.

It was an off day in the office for the men in blue. However, they did have a few positives. Virat Kohli smashed yet another half century to propel his side to a good first innings total. He is now India’s leading run scorer in this Asia T20. Rohit Sharma and KL Rahul despite missing out on their personal milestones, did manage to give their side a flying start. The middle order struggled a bit but they do not need to press the panic button yet.  India’s batting has plenty of depth and is solid on paper. It is their bowling that needs improvement.

The pace prowess in particular requires some inspiration. No pacer other than Bhuvneshwar Kumar looks menacing in the attack. Arshdeep Singh and Avesh Khan have although picked wickets but have leaked far too many runs in the process.

On the other side, the Dasun Shanaka led has won two games on the trott. Both times, they have successfully chased down totals in excess of 175 runs. Their batting looks decent with the likes of Bhanuka Rajapaksa, Kusal Mendis, and Gunathilaka contributing with bat in hand. In the bowling department, the Asian side has two world class spinners in their ranks. The spin duo of Wanindu Hasaranga and Maheesh Theekshana will play a crucial role against India’s batting potent batting lineup. Ahead of the fascinating contest, let us have a look at how these two sides will fare out in the clash.

Rohit Sharma: The Indian skipper looked dangerous in the last game. He scored 28 off just 16 balls. He is not in the best of forms recently but we all know what he is truly capable of.

Virat Kohli: The genius batter has been India’s top run getter in this tournament. After two back to back fifties the former skipper will be heading into this match with a world of confidence.

Wanindu Hasaranaga: He has been a vital cog in SL’s revival in T20Is this year. The 25 year all rounder hasn’t done much with bat in hand but has been a massive hit with the ball.

Hardik Pandya: Ever since Hardik has returned from injury, he has been at the thick of things. He can bat, bowl and is a fine fielder.

Bhuvneshwar Kumar: He will play a vital role in the initial passage of play. Swing is his primary weapon and the speedster would look to use that to his advantage and pick wickets early in the innings.

Maheesh Theekshana: The young off break bowler has astounding control over his skills and variations. He can cause a few headaches for the Indian batters.

Rishabh Pant: We just haven’t seen much of Pant in this tournament so far. The southpaw has played two games in which he has only come out to bat once. Pant has enjoyed tremendous success in the other two formats of the game but is yet to prove his mettle in T20Is. This match can prove to be the breakthrough moment for the wicket keeper batter.

Pathum Nissanka is our choice for this segment. The swashbuckler hasn’t had the greatest of T20Is thus far but is one of Sri Lanka’s prolific run getters in T20Is this year. So, you can take your chances by assigning him as the captain of your fantasy team.

India will be strong favourites to win this encounter. They will however face a stern test in the form of Sri Lanka. The Asian side is playing some very good cricket at the moment and will be striving to script a major upset. 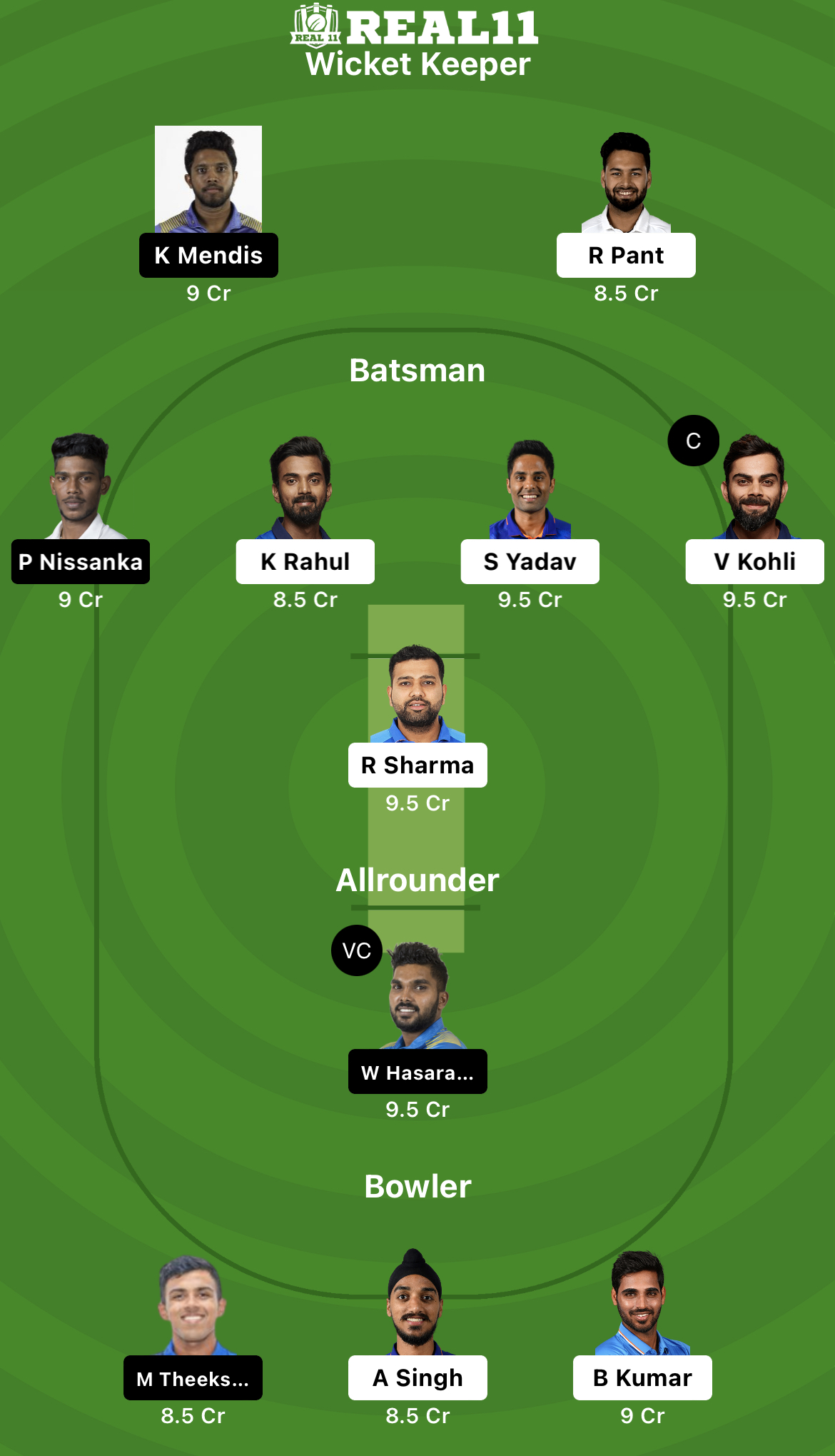