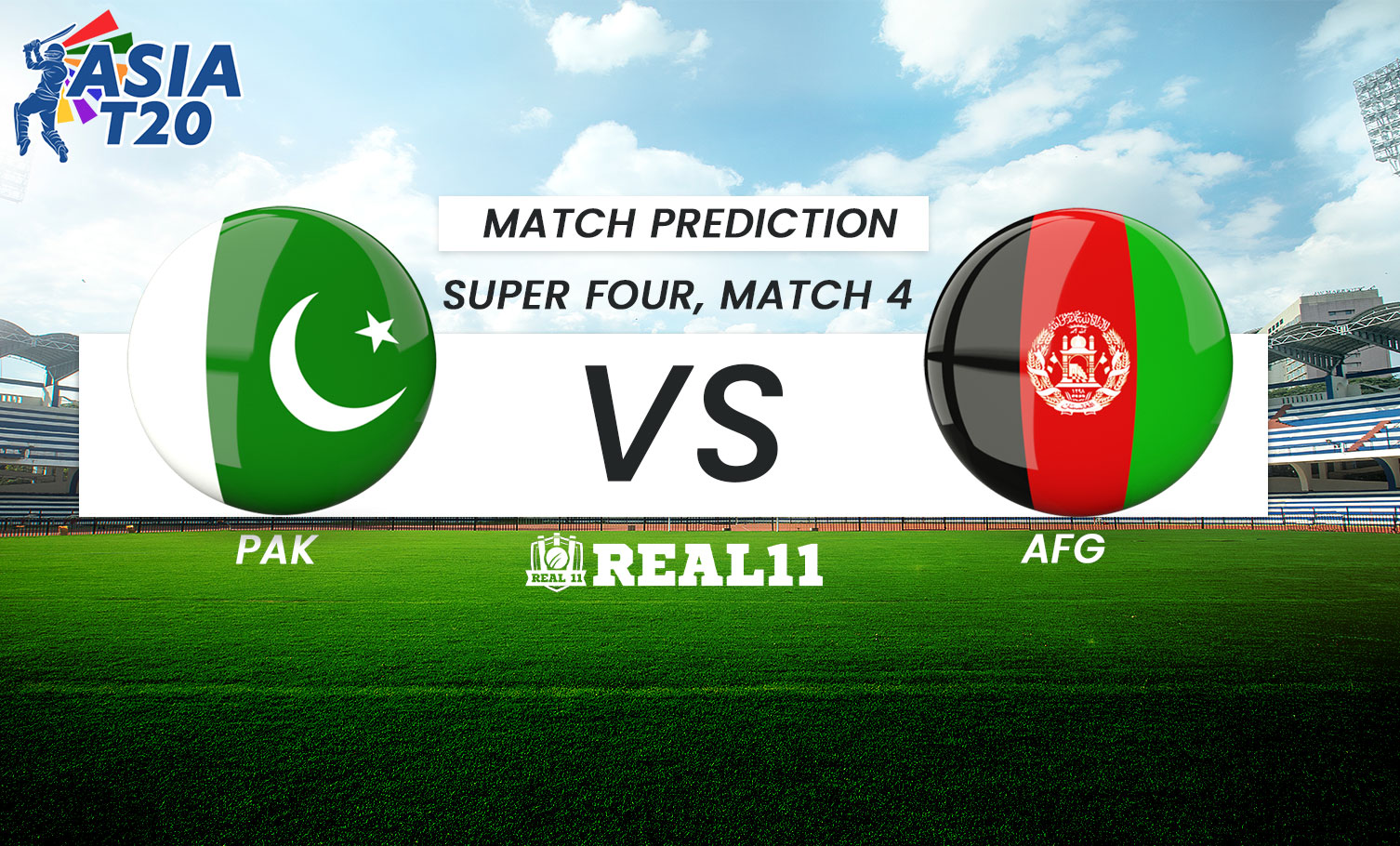 Pakistan and Afghanistan will lock horns in match 4 of the Super 4 Asia T20 League on Wednesday, September 7 at the Dubai International Stadium. Pakistan will be eyeing to get their third win on the bounce. They defeated India in the last game to get the early advantage in the Super 4 stage. Afghanistan on the other hand suffered a 4 wicket loss in their previous fixture against Sri Lanka. Mohommad Nabi and co have to win this encounter in order to have the slightest of chances of making it through the finals.

Babar Azam led team will be hoping to continue the winning momentum going against the dark horse of the tournament. The men in green did exceptionally well in the previous encounter to earn a victory. Mohommad Rizwan played a calculative 71 to guide his side to a morale boosting win. He alongside Mohommad Nawaz made a mickey of the Indian bowlers. These two will again play a crucial role in the batting department on Wednesday. Asif Ali is another Pak batter to keep an eye on. The batting all rounder kept a calm head in crunch moments and helped his side get over the line against India. In the bowling prowess Pakistan have the likes of Nasim Shah, Haris Rauf, Shadab Khan and Nawaz. While the pace trio of Shah, Rauf and Mohommad Hasnain would look to trouble the Afghanistan batters with their menacing pace and subtle variations, the spinners would be eager to keep a check on the flow of runs. With an early win in the Super 4, the men in green have brought themselves the luxury to relax a bit. They would be in the competition regardless of the result of this match.

Meanwhile, for Afghanistan, it’s a must win situation as they lost their first encounter against Sri Lanka while chasing a total. In the league stage, the Mohommad Nabi led side performed well with two wins on the bounce before losing to SL last Saturday. Afghan spinners have played a pivotal role in their side’s dominant run in the tournament. The spin trio of Rashid Khan, Mujeeb Ur Rahman and Mohommad Nabi will have the onus to pick wickets upfront. Pacers who seem to have lost the rhythm after the first game need to step up and deliver the goods. Ahead of this key clash, let us have a look at how these two sides will fare out in Wednesday’s game.

Babar Azam: The champion batter is yet to make a mark in the tournament. He has accumulated 33 runs from 3 matches at the Asia T20 2022. With an average of just 11.00, Babar's forgetful 14-run knock off 10 balls against India was his highest score after playing 3 matches at the Asia Cup 2022. But that doesn’t change the fact that he is the number one player in T20Is.

Mohammad Nawaz: He is a bright prospect for this Pakistan side. The 28 year old all rounder with 7 wickets is the leading wicket taker in the tournament. Besides important scalps, Nawaz has smashed 43 runs in 2 innings at an impressive strike rate of 186.

Mohammad Nabi: The Afghan skipper has played a critical role in his side’s dominant run in the tournament thus far. We fancy the veteran to continue his dream run.

Rashid Khan: The spin wizard was taken for plenty in the last game. Despite getting a wicket, Khan was a touch expensive and failed to create pressure on the opposition batters. But that does not change the fact that he is one of the finest spin bowlers in white ball cricket at the moment. We back the Afghan superstar to do well in this game.

Mohammad Rizwan: The number 2 T20 batter is showing us why he is rated so highly in world cricket. He has amassed 192 runs in 3 innings at a staggering average of 96 and is the leading run scorer in this competition.

Rahmanullah Gurbaz: The Afgan opener is in terrific form with bat in hand. With 135 runs in three innings, the superemely talented wicket keeper batter is Afghanistan's leading run scorer and the third highest run scorer in this competition.

FazalHaq Farooqi started the tournament on a commanding note but ever since has been unable to recreate the first match magic. After taking 3 wickets in the opening game, Farooqui has remained wicketless in the following two games.

Expect a cracker of an affair between these two quality T20I units. Pakistan are slightly better out of the two teams because of the depth in their batting department. We fancy the men in green to win this encounter and carry the winning momentum ahead in the tournament. 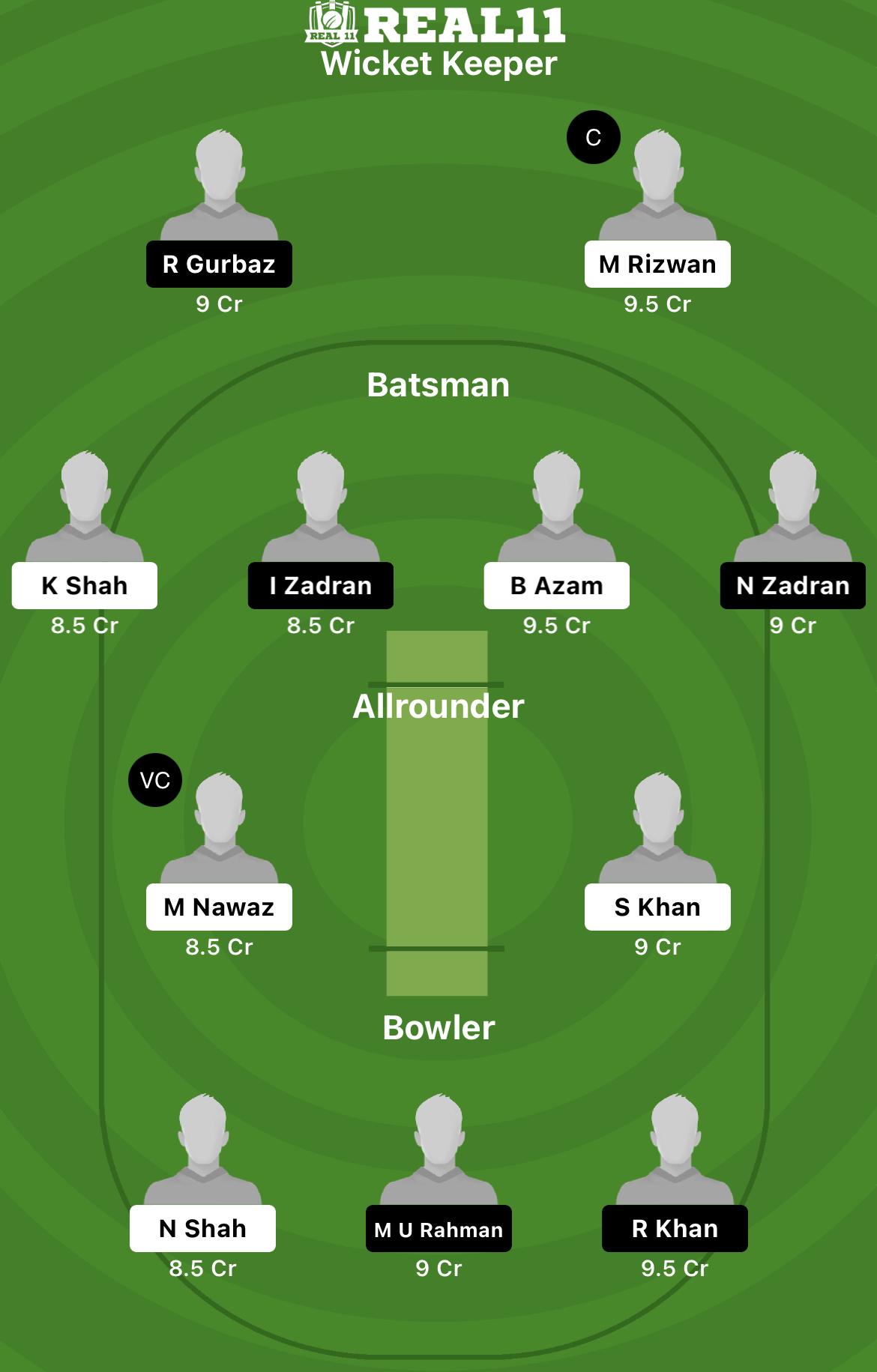