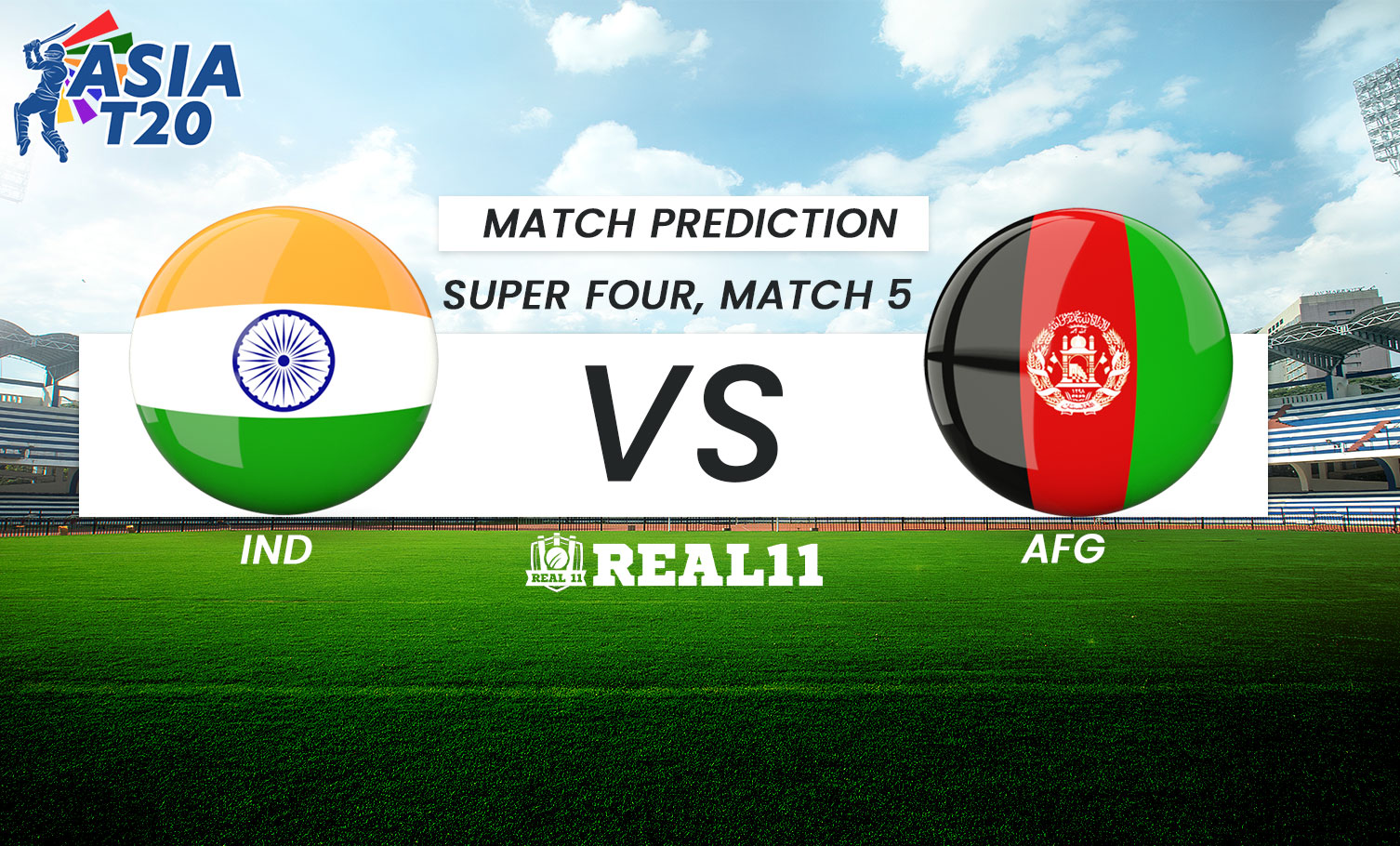 From overwhelming favourites to chokers, Team India’s journey in Asia T20 2022 has been a run-of-the mill up till now. Two consecutive losses has put them on thin ice and they are now facing the danger of elimination. After a strong start to their title defence, India lost their way during the Super 4 stage. They first suffered an agonisingly painful loss against Pakistan and then were humiliated by the Sri lankan lions. With the hopes of advancing through the finals hanging by a thread, the men in blue would look to conclude the Super Four Stage with a convincing win and salvage some pride. They will play Afghanistan on Thursday, September 8 at the Dubai International Cricket Stadium.

One of the features of India’s dominance in white ball cricket has been their batting which in this tournament has been below par. KL Rahul right up the order has had a woeful tournament thus far. The supremely talented opener is yet to play an innings of any substantial substance. A lot was expected out of the dashing batter before the start of this competition. Rishabh Pant is another batter who hasn’t lived up to his name. The wicket keeper batter has failed miserably in the opportunities he has gotten as yet. Bowling was never India’s strong suit. Infact, they probably had one of the weakest bowling attacks coming into this competition. The pace trio of Bhuvneshwar Kumar, Avesh Khan and Arshdeep Singh has been ineffective. Spin bowlers have also struggled to create any considerable impact. Ahead of the key clash on Thursday, team India will need to sort out their team combination and try to play cohesively as a unit.

Afghanistan is a formidable T20I side. They started the ongoing edition of Asia T20 on a positive note with a resounding win over Sri Lanka. Nabi and co then went on to decimate Bangladesh in the following game. After two victories in a row, Afghanistan experienced a sudden slip and now will be hoping to turn things around in the must win game. The defeat to Sri Lanka exposed a few chinks in Afghanistan’s defence, most notably in the consistency of their middle order, with Mohammad Nabi, their captain, being the biggest concern. Over the course of the competition, their top-order firepower, headed by openers Rahmanullah Gurbaz and Hazratullah Zazai, has mostly covered these vulnerabilities, and they will be counted on to carry the responsibility once more.

Rohit Sharma: The Indian skipper looked threatening in the last game. He scored 72 off just 41 balls against Sri Lanka

Ibrahim Zadran: The Afganistani batter looked solid in the last game. His watertight technique and composure makes him a good pick.

Hardik Pandya: The Indian all rounder has been out of touch in a few games but we know the abundance of talent he possesses. His prowess as a quality all rounder is second to none.

Rashid Khan: The champion spin bowler has been nothing close to his best in recent games. But that does not change the fact that he is a world class bowler and a more than handy batter down the order.

Mujeeb Ur Rahman: With 7 wickets under his kitty, Rahman is the joint highest wicket taker in the competition.

Rahmanullah Gurbaz: He alongside Zazai will have the onus to give Afghanistan a decent start. Aggressive by nature, Gurbaz can also play an anchor role if the situation demands.

Virat Kohli is our pick for this segment. Kohli has had a hot and cold tournament so far. You can play a huge gamble by assigning him as the captain of your fantasy team. 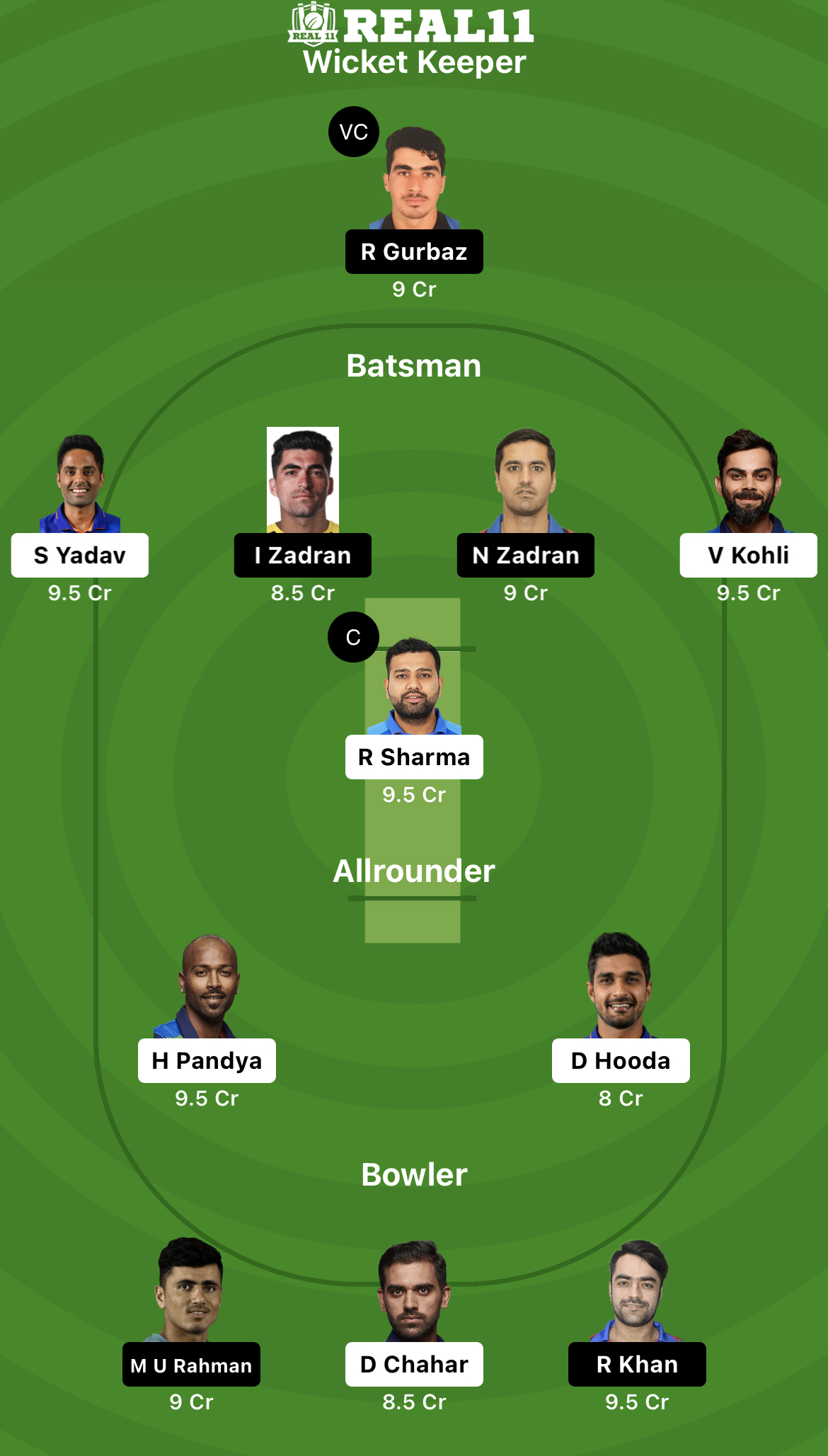