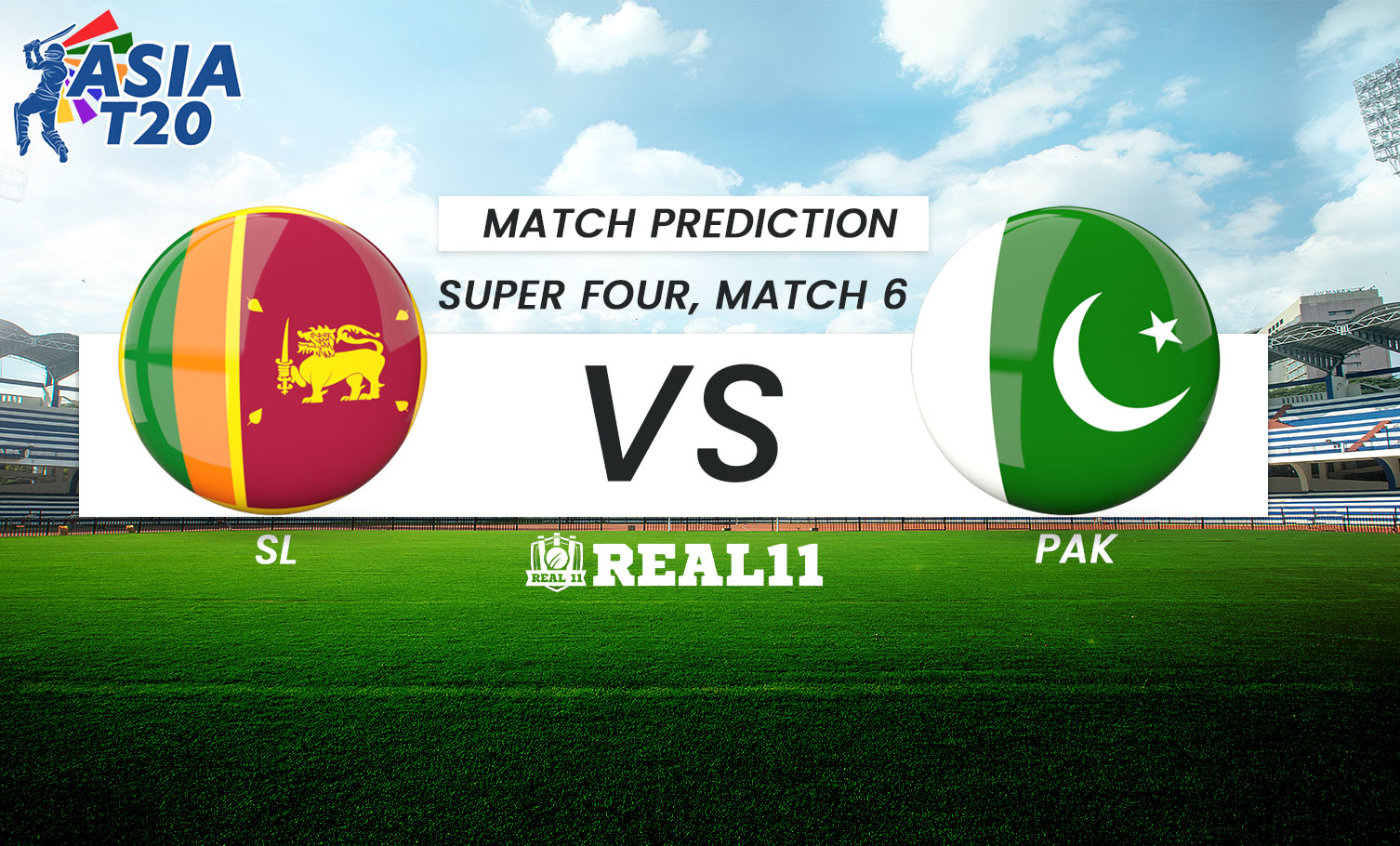 Sri Lanka started their Asia T20 campaign on a sombre note. They suffered a heavy defeat against Afghanistan. However, since then they have been unbeaten. All of their victories have come chasing. The fragile-looking batting order has been successful in chasing down high totals. Rajapaksa, Kusal Mendis, Pathum Nissanka, and Dasun Shanaka all have been amongst the runs with bat in hand. With two victories on the bounce, Sri Lanka will head into this encounter with a world of confidence.

The Babar Azam-led team, on the other hand, has looked shaky in their victories against Afghanistan and India. The fact that Azam hasn't fired puts tremendous pressure on the other players. With important wickets from Naseem Shah, Harris Rauf, and Shadab Khan, Pakistan's bowling had appeared to be formidable. Azam's performance will be crucial during the Asia T20's final stages.

Babar Azam: The champion batter is yet to make a mark in the tournament. He has accumulated 33 runs from 4 matches at the Asia T20 2022. With an average of just 8.25, Babar's forgetful 14-run knock off 10 balls against India was his highest score after playing 4 matches at the Asia Cup 2022. But that doesn’t change the fact that he is the number one player in T20Is.

Pathum Nissanka: The dashing batter scored a brisk 52 in the last game against India. He is an extremely dangerous batter at the top of the order who can clear the fence at will.

Mohammad Nawaz: He is a bright prospect for this Pakistan side. The 28 year old all rounder with 8 wickets is the leading wicket taker in the tournament. Besides important scalps, Nawaz has smashed 47 runs in 3 innings at an impressive strike rate of 186.

Wanindu Hasaranga: Wanindu Hasaranaga: He has been a vital cog in SL’s revival in T20Is this year. The 25 year all rounder hasn’t done much with bat in hand but has been a hit with the ball.

Maheesh Theekshana: The young off break bowler has astounding control over his skills and variations. He can cause a few headaches for the Pakistani batters.

Dilshan Madhushanka: He has been the find of this tournament so far. The 21 year old has impressed one and all with his ability to pick wickets upfront. With 6 wickets to his name, Madhushanka is among the leading wicket takers in this competition.

Mohammad Rizwan: The number 2 T20 batter is showing us why he is rated so highly in world cricket. He has amassed 212 runs in 4 innings at a staggering average of 53 and is currently the leading run scorer in this competition.

Babar Azam hasn’t fired in this tournament so far. He is a big match player, so you can play a gamble by assigning him as the captain of your fantasy team.

Both teams have already qualified for the all important final and this game will act as a good pre-game mental preparation session. Pakistan will hold the upper advantage coming into this game. They have made extraordinary comebacks in this tournament and many times snatched wins from the jaws of defeat.  We fancy the men in green to win this game. 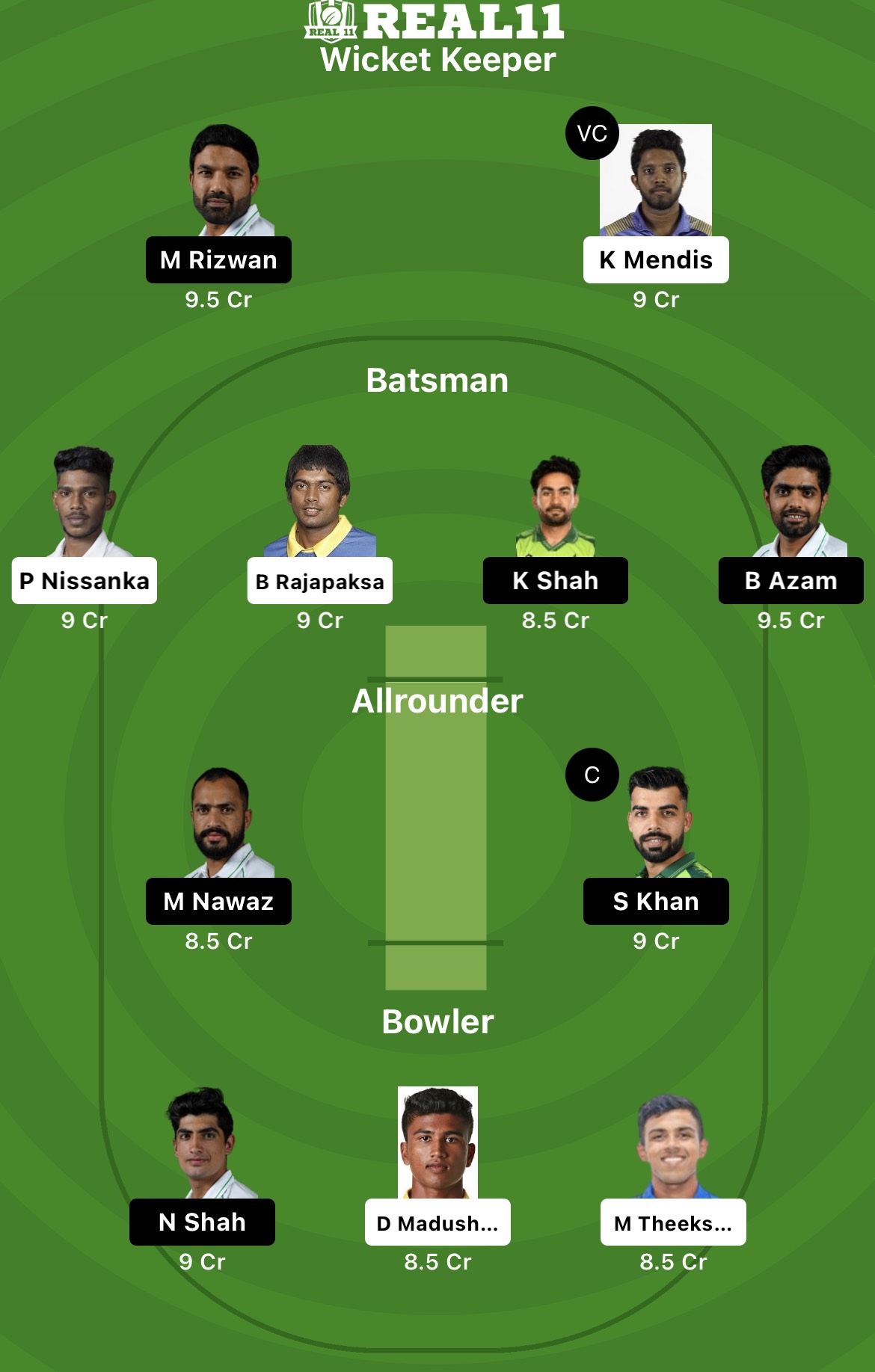