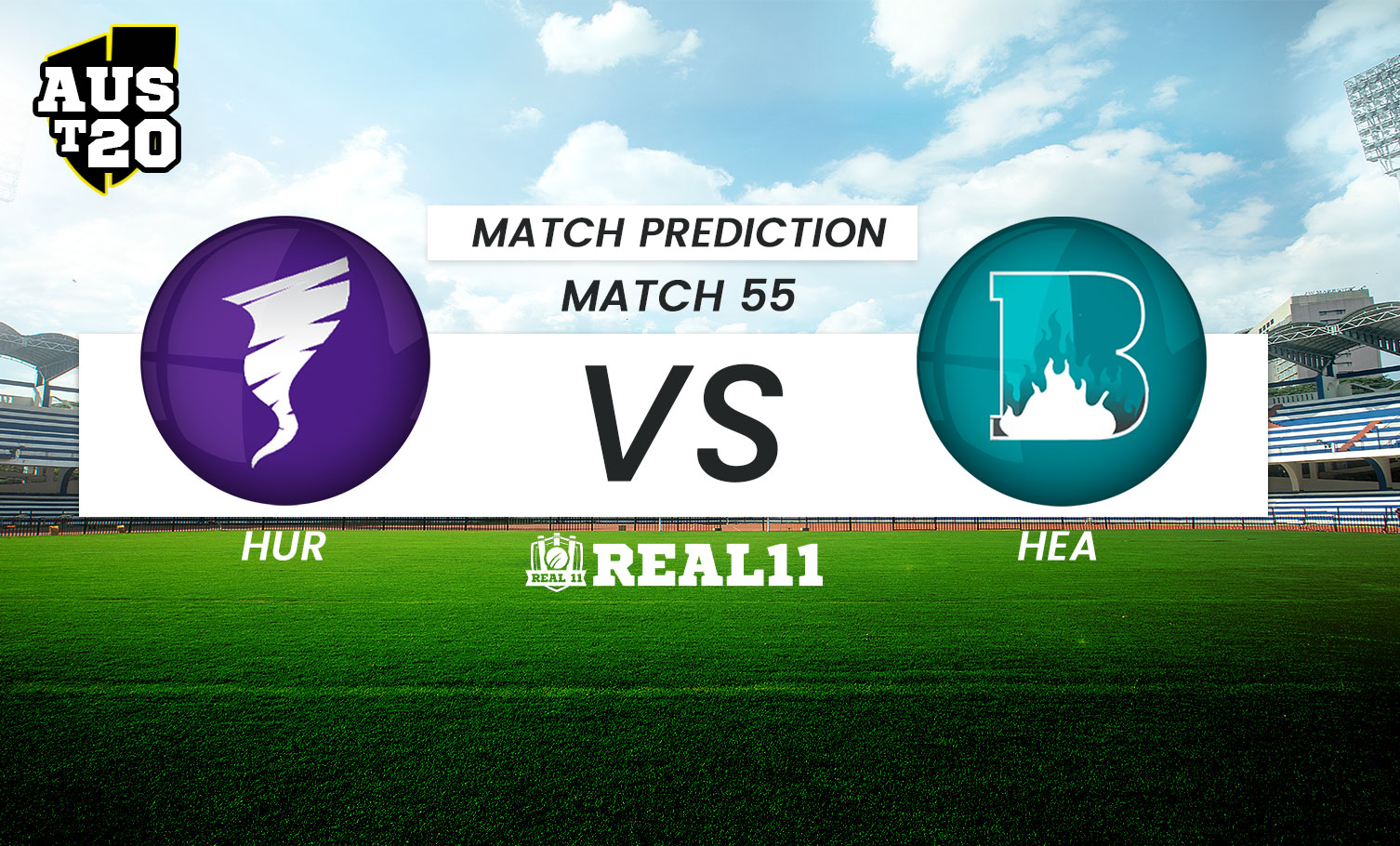 HUR and HEA will cross swords for the 53rd match of the Australian T20 League 2022. The game is scheduled for Wednesday, January 25, 2023. The Aurora Stadium in Launceston will host the match.

The Hobart side are sitting in the 7th place in the points table of the Australian T20 League 2022-23. The team has played 13 matches in which they have fetched 5 wins and 8 losses. The team has earned 10 points for their performance in this season’s league.

Tim David is the highest run scorer for the side with 262 runs made at a strike rate of 162. He has hit 15 sixes and 17 fours during this tenure. He is succeeded by Caleb Jewell who scored 239 runs also at a strike rate of 162. Paddy Dooley has been the top wicket-taker for the Hobart side as he picked up 15 wickets while bowling at an economy rate of 6.21 and an average of 12.

Brisbane on the other end are placed on the 3rd spot in the 3rd spot in points table have an equal number of wins and losses in 12 matches played by them. The team have 13 points to their name.

Matthew Kuhnemann has been the top bowler for the Brisbane franchise and has taken 11 scalps while bowling at an average of 19 and an economy rate of 7.50.

Launceston is a ground where only a few games are played. But as per their records and the match day weather, it can be a mid-scoring match of around 145-155 Runs. As per the records, the pitch gets easy in the second innings to bat, so the toss will be crucial for this match. Regarding weather, the highest and lowest temperatures of the day will be 24 and 12 degree Celsius. Wind will blow at a pace of 27 kmph. It means it will assist some swing bowlers too.

Jimmy Peirson (HEA)- The star keeper-batter pounded 57* off 43 to assist Brisbane to draft a huge total against the Sydney side in the previous match. He has now registered 284 runs off his 13 innings at an average of 28.40 in this season of the league.

Matthew Wade (HUR)- The Hobart skipper scored just 14 runs while chasing a big score against the Sydney side in the last match. But he has enlisted 295 runs from 11 innings this league season and is one of the best behind the wickets.

Sam Hain (HEA)- The 27-year-old English batsman smashed 73* off 41 against the Melbourne side in the previous game and has now posted 117 runs from 4 innings this season.

Michael Neser (HEA)- The professional bowling all-rounder strumbled for timber against STA in the previous match but is in the top of the bowling chart for HEA with 18 wickets under his belt from just 11 innings in this season of the Australian T20 League.

Riley Meredith (HUR)- The 26-year-old speedster picked up a wicket for 37 runs against the Sydney side in the last match and is leading the bowling table for the Hobart side with 20 wickets off just 13 innings played so far.

Paddy Dooley (HUR)- The young spinner persists to blaze in this competition with 3 wickets against SIX in the previous match. He has now picked up 19 wickets from 10 innings.

We expect HEA to win this match. 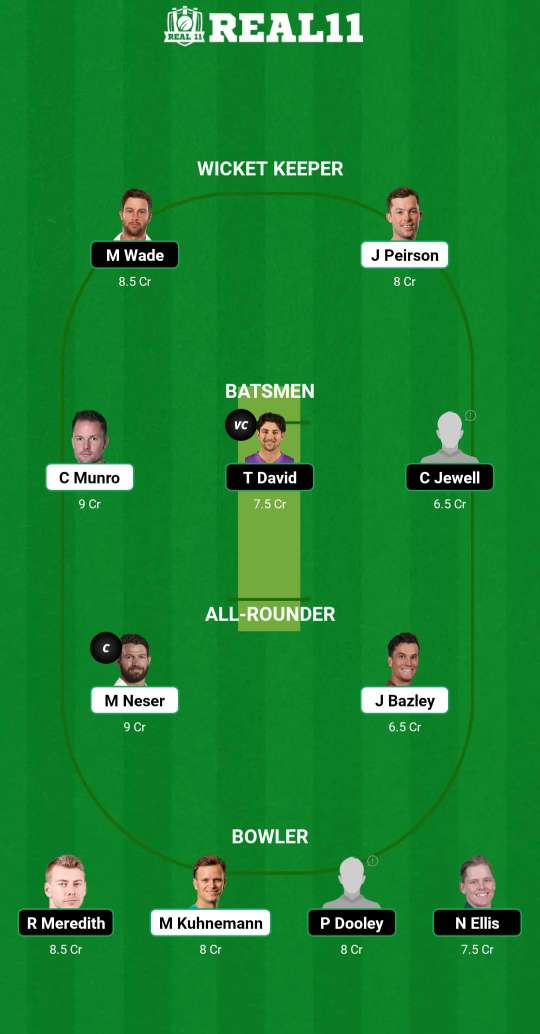