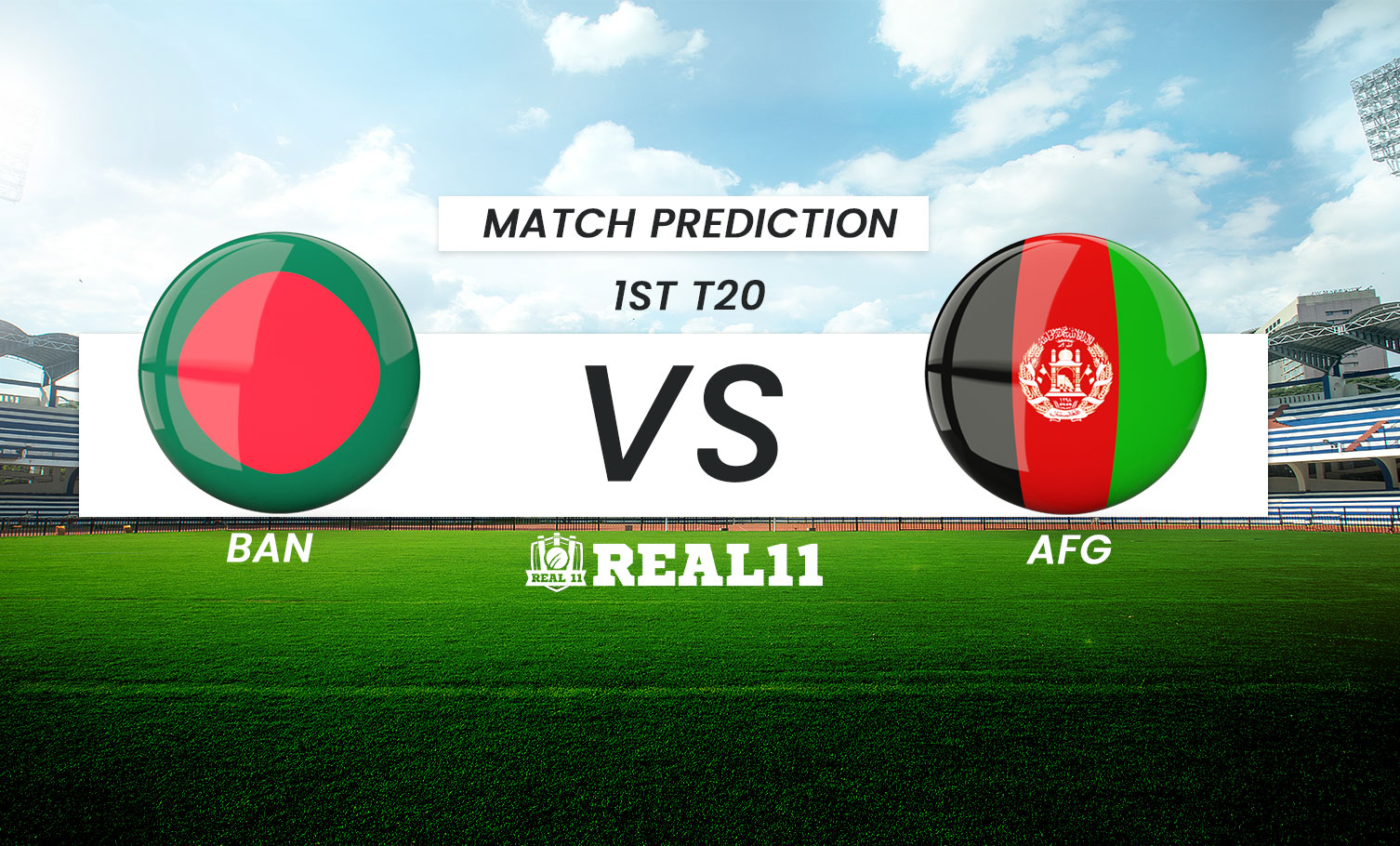 Afghanistan tour of Bangladesh continues with a 2 match T20I series. The first match of this mini chapter will be played on Wednesday at the Shere Bangla National Stadium. After triumphing the ODI series, the hosts will be eager to carry on their domination in the Twenty20 format. Visitors on the other hand will be heading into this encounter with their heads high. They defeated the tigers by 7 wickets in the last ODI match to end the series at 2-1.

Despite the loss in their previous game, Bangladesh will start favourites. They have a formidable batting unit, fair bowling attack and look potent overall. Liton Das and Mushfiqur Rahman will be the batters to watch out for this game. They are in good nick and possess loads of experience. Affif Hossain is the other batter to keep an eye on. The batting all rounder is very capable of hitting a long ball. Bowling prowess comprises the services of Taskin Ahmed and Mustafizur Rahman. The pace duo is recognized for their proficiency at this level of the game. While Ahmed can hurry the batters with his fast pace, Mustafizur can surprise them with his subtle variations.

Led by Mohommad Nabi, Afghanistan will be desperate to start the series with a win. They have plenty of T20 specialists in their ranks who are competent to single handedly change a game. They also have an upper hand over the hosts in terms of the head to head battle. Both teams have faced each other in six T20I internations in which Afghanistan have won four. Hazrataullah Zazai and Rahmanullah Gurbaz will lead the charge with bat in hand. Zazai will look to make up for a woeful outing in the Pakistan Super League. Gurbaz meanwhile after romping his team home in the last ODI fixture will be high on confidence. The spin trio of Rashid Khan, Mujeeb ur Rahman and Qais Ahmed will shoulder the bowling responsibility for the visitors.

The pitch is likely easy to bat on. Spinners will come in handy after the initial passage of play. It is not a high scoring wicket, so anything above 150 will be competitive. Chasing is relatively easy on this surface, so the team winning the toss should elect to bowl first.

(will be added when there is an update)

Afif Hossain - The youngster has had a decent tour thus far. He will be more than keen to carry his fine run with bat in hand.

Najibullah Zadran- The destructive batter is recognized for his pyrotechnics at the middle order. Apart from his clean hitting, Najibullah is also quick between the wickets.

Shakib Al Hasan- Shakib Al Hasan has been in sumptuous form off late with ball in hand. He can also score quick runs at a brisk pace down the order.

Mohammad Nabi- He has established himself as a world class T20 all rounder. The Afghanistan skipper can fetch you good points.

Mustafizur Rahman- Rahman is a renowned T20I bowler known for his clever variations and toe crushing yorkers. So, having him in your fantasy team is a must

Rashid Khan- He is an integral part of this Afghanistan unit. With the wicket expected to induce spin, we fancy the former skipper to do well.

Liton Das- The right handed opening batter has shown promise in the ODI series . He amassed 223 runs in 3 games at a staggering average of 74.33.

Mahmudullah had a woeful ODI series with both bat and ball. His T20I numbers as an all rounder are however good. You can take a risk of picking him as the captain of your fantasy team.

Hazratullah Zazai will be desperate to get some runs under his belt and gain some confidence. He had an abysmal PSL earlier this year where he struggled with his timing.    He is nevertheless a destructive batter up the order. You can take a risk of picking him as the captain of your fantasy XI

Players you should avoid:

Azmatullah Omarzai is yet to play a T20 international. He was ordinary to say the least in the ODI series and we think it would be better if you avoid this Afghan cricketer in your fantasy team.