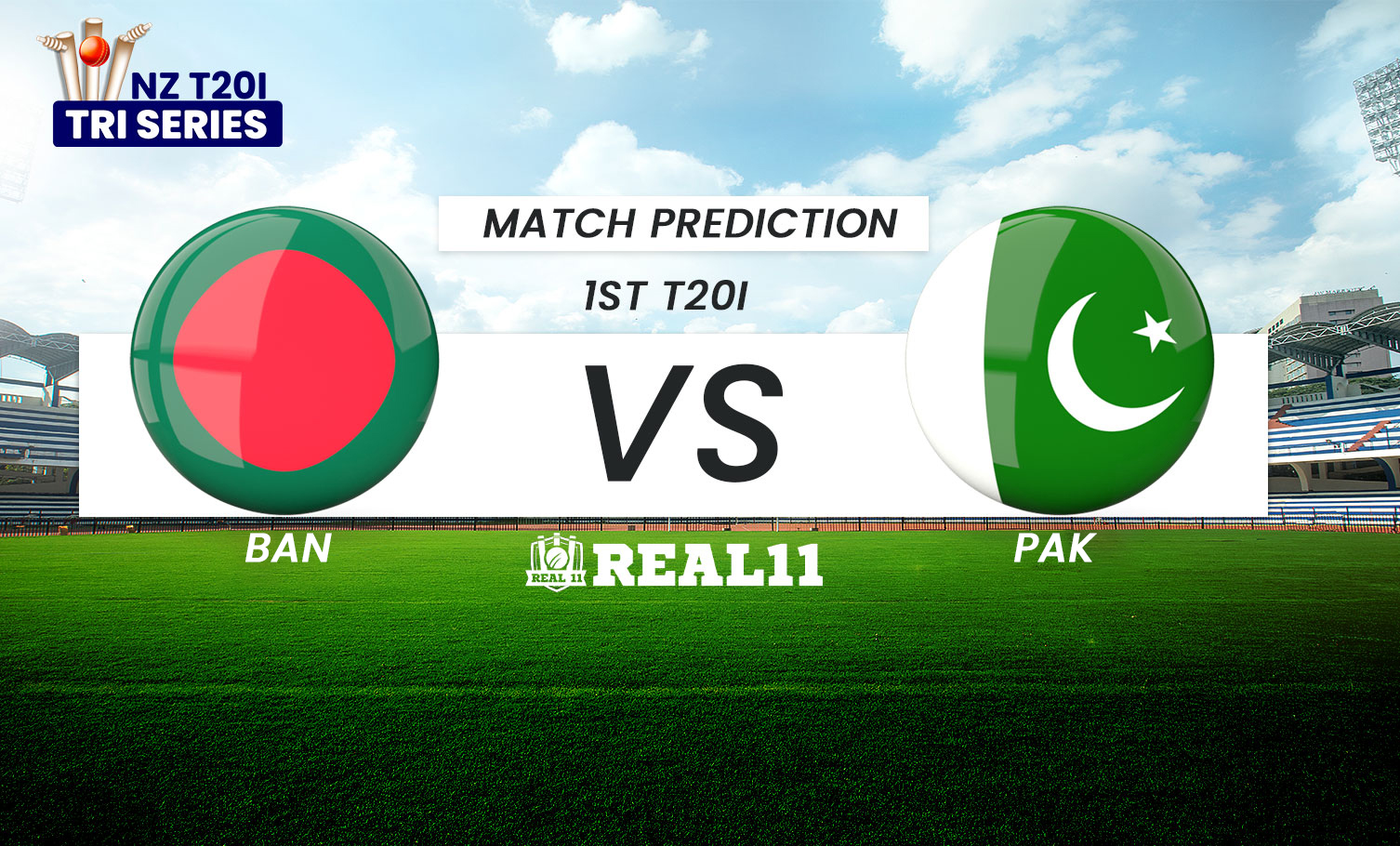 Pakistan and Bangladesh will clash against each other in the 1st match of the Tri-Series, which also includes the home side, New Zealand apart from the two above teams.

This tri-series is crucial for the three teams because it can provide valuable lessons before the commencement of the T20 World Series which will be played in Australia. This series can provide a rough idea of the playing pitches as New Zealand and Australia share common weather conditions.

Pakistan recently lost against England in a seven-match T20I series. The team lost by 4-3 at their home after a breathtaking seven-match thriller. The opening duo of skipper Babar Azam and Mohammad Rizwan were the only players to get runs as their middle order containing Iftikhar Ahmed, Asif Ali, Haider Ali and Nawaz failed to contribute runs to their team.

Pakistan also suffered a defeat in the final of the Asia T20 2022 due to their blunt middle order. But the positive side is that the team's bowling looks composed after the return of the young pace sensation Shaheen Afridi, who was ruled out from the Asia T20 due to injury, Haris Rauf, Hasnain and Shadab Khan will also try hard to strengthen their squad for the World T20 Series. On the other hand, the Bangladesh team will be led by Shakib, who is looking in good form but the team has a terrible record in the shortest format.

On the other side, Bangladesh got an early exit in the Asia T20 Series 2022 and also lost the series which was played against West Indies. The team led by Sakib al Hasan has just defeated the United Arab Emirates team by 2-0 recently.

The team consists of players like Litton Das, Nurul Hasan and Afif Hossain as their batting side while the bowlers' pack is led by seasoned pacers namely Mustafizur Rahman, Mosaddek Hossain, and Taskin Ahmed.

The 1st match of the New Zealand T20I Tri-Series 2022 is scheduled to be played at the Hagley Oval, Christchurch. The surface at this stadium is good for the batting department but is one of the slow pitches in New Zealand. Scoring runs will be difficult on this pitch. A total of 160 runs can be expected as a par score.

Pakistan is struggling with their middle order but the return of their bowlers will give them more power. Bangladesh needs to settle all their problems in this tri-series if they want to give a tough fight in the upcoming T20 World Series. We keep Pakistan ahead of Bangladesh to win this match.