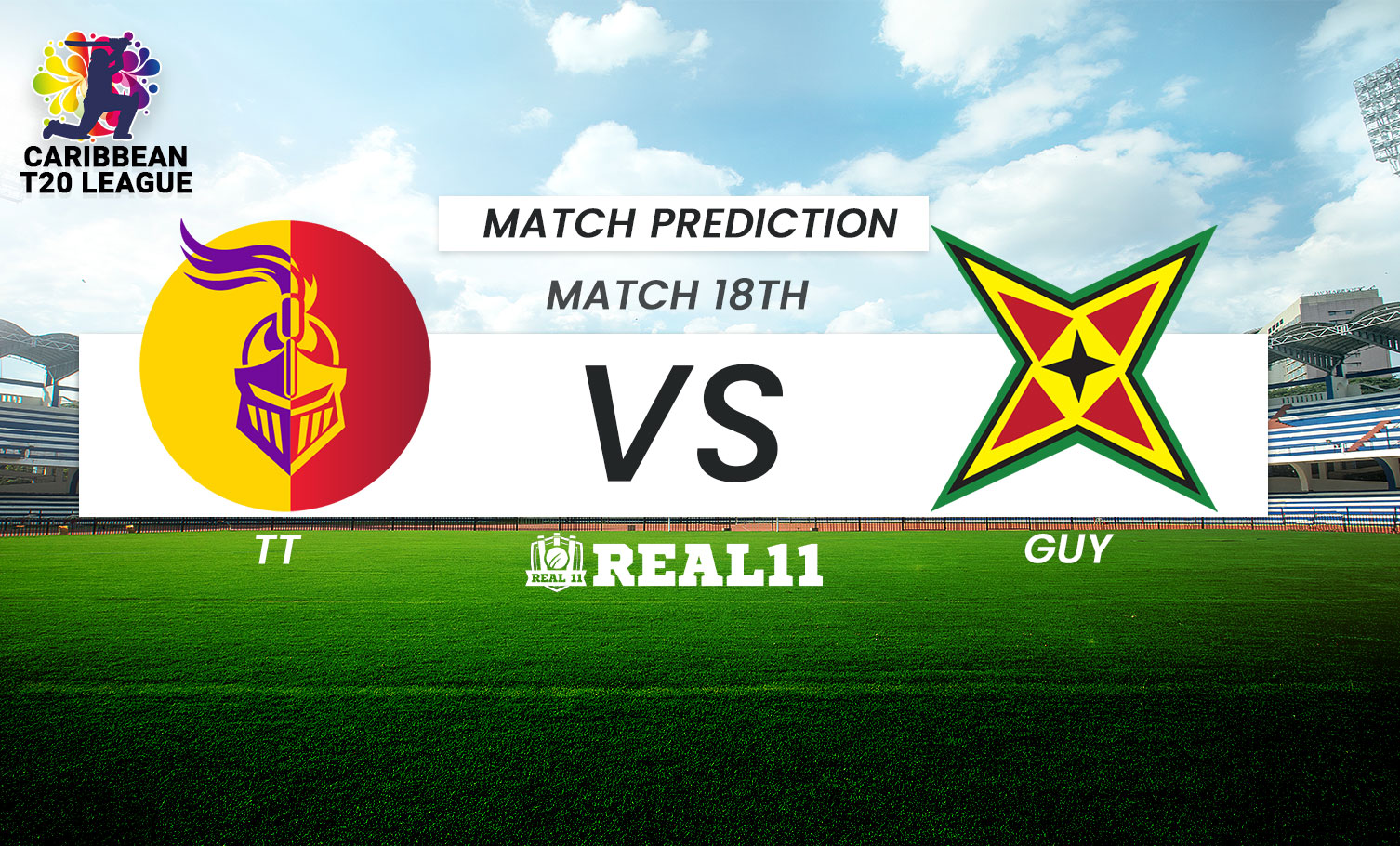 TT and GUY will square off in match number 18 of the Caribbean T20 League 2022 at Queen’s Park, Trinidad on Thursday. Both teams are languishing at the bottom half of the table. While TT is placed at sixth with a solitary win in 5 games, GUY is just a rung above at seventh with one win and three losses thus far.

The three time champions TT have had a terrible outing in this year’s Caribbean League Their key match performers, such as Keiron Pollard and Nicholas Pooran, have been sluggish, which has led to subpar performance with the bat. Their bowlers have also failed to create any considerable impact in the tournament thus far. Pollard and co need to come up with a strong all round performance and play together as a unit on Thursday.

Queen’s Park Oval, Trinidad will host match 18 of the Caribbean T20 League 2022. The pitch out here is flat and thus good for batting. Chasing has been the more preferred option here.

Tion Webster: Webster has shown signs of promise in the four innings. Despite getting good starts, Webster has failed to convert those starts into a big score. He is one of the rare batters in the TT lineup to display positive intent.

Colin Ingram: The white ball veteran has struggled to maintain consistency with bat in hand. He has been good in patches.

Sunil Narine: Narine is a key player in this TKT setup. The star all rounder has failed to live up to his name this season. Despite being economical, he has only picked 4 wickets with ball in hand. Also, he hasn't made any significant contributions with the bat at the top of the order.

Odean Smith: Smith is a dangerous batter down the order and a skilled medium pacer who is capable of picking up wickets.

Tabraiz Shamsi:  A left-arm wrist spinner with a nice googly and loads of variations, Tabraiz Shamsi can cause plenty of problems for the opposition batters

Henrich Klassen: The 30-year-old batter is adept at both anchoring and playing the finishing role. Klaasen is also more than handy behind the wickets. Speaking of his current form, he looks in good touch. He has scored 93 runs in 3 innings at a decent strike rate of 134.78

Nicolas Pooran: The Caribbean powerhouse hasn’t been in the best of forms off late but we saw a glimpse of his potential in the last game. He scored a calculative knock of 52 and helped his side cross the 130 run mark.

Keiron Pollard is our pick for this segment. He is a proven match player who can single handedly change the fate of a match. So, you can play a gamble by assigning the big match player as the captain of your fantasy team

Nothing is going right for TT at the moment. They have lost four games on the trott and we don’t see them making a comeback in the tournament. We predict Hetmeyer and co to win this encounter. 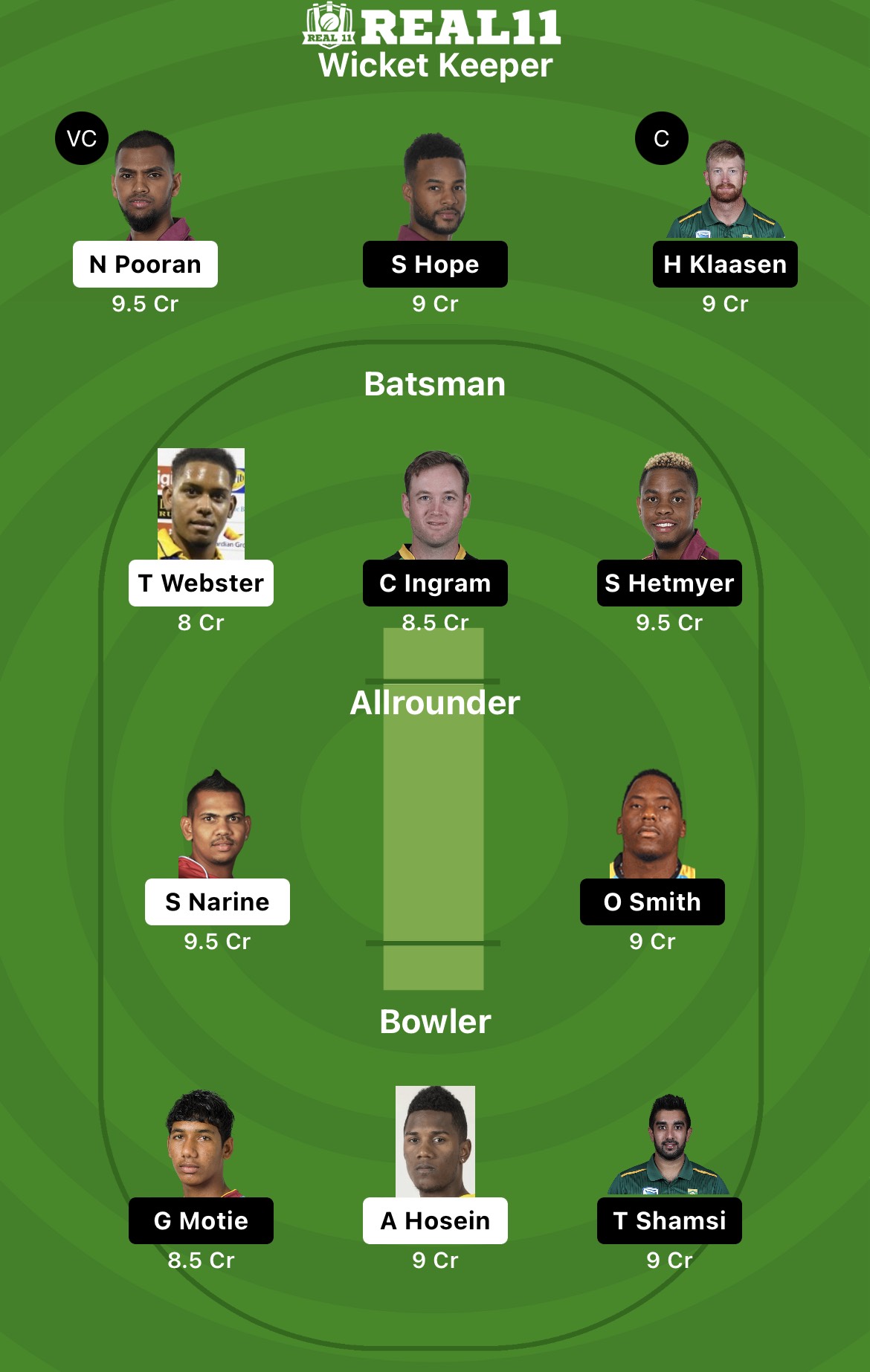