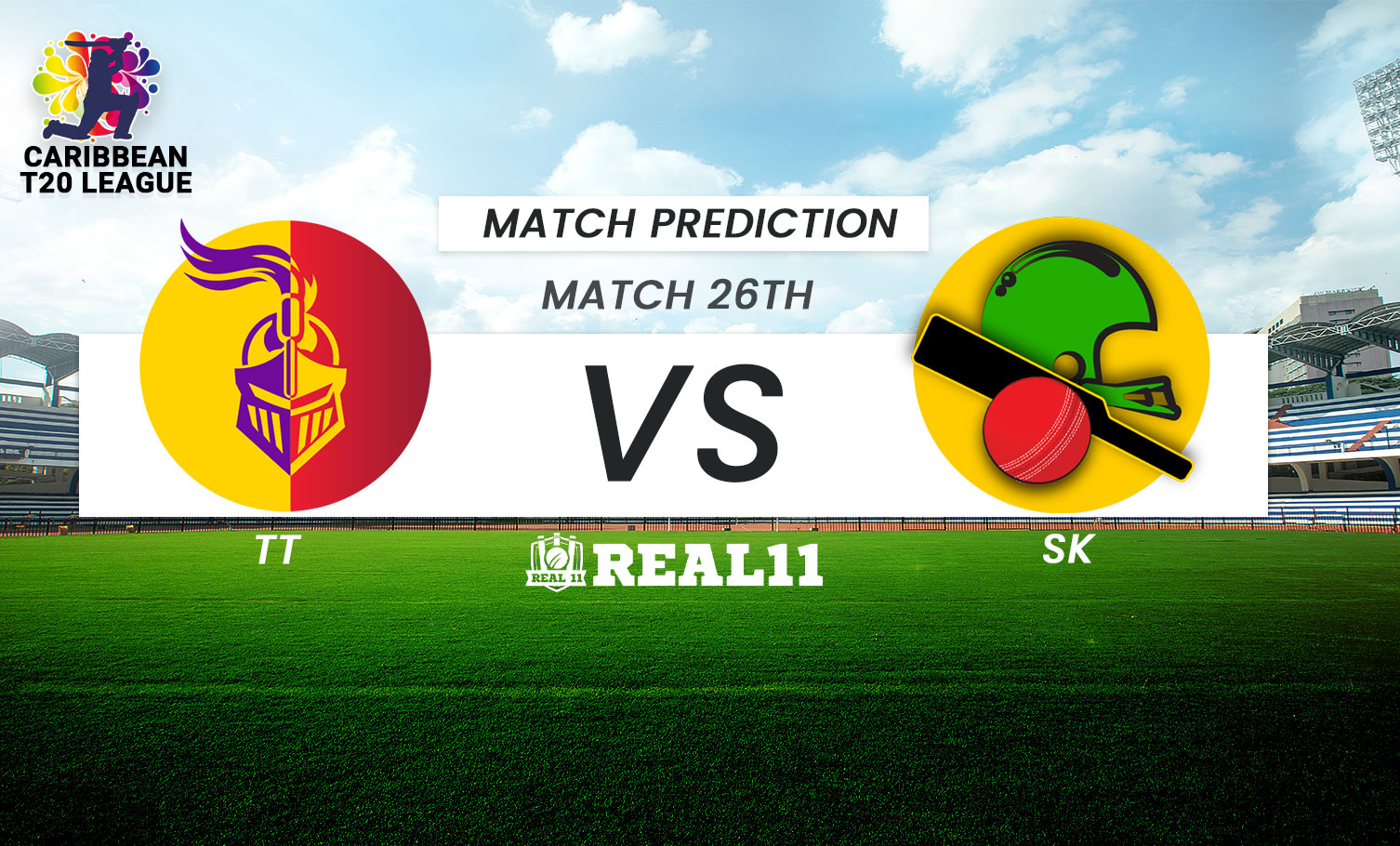 TT and SK will be crossing swords in match number 26 of the ongoing edition of the Caribbean T20 League on Thursday, September 22 at the Providence Stadium, Guyana.

TT have been playing well lately, winning two of their last three games. However, they will be desperate for a win today as the league stage is rapidly coming to a conclusion. SK find themselves in a similar position where a loss will end their chance to advance through the  playoffs. TT will be wary of players like Dwayne Bravo and Rashid Khan in the opposition ranks, despite the fact that they will start as the favourites. A cracker of a game looms in Guyana with two important points at stake.

The pitch in Guyana is favourable for batting as we have seen in the last few games played here. Spinners will play an important role in this match, given they are fairly economical bowling on this wicket. The skipper winning the toss should elect to bat first.

Colin Munro: Colin Munro has had an erratic season, scoring 125 runs in just six games. He has scores of 42, 40 and 1 in his last three ties. Given his expertise and talent, Munro is a solid addition to your TT vs SK Real11 prediction team.

Sunil Narine: With an economy rate of just 4.89, Sunil Narine has been the most economical bowler in the tournament thus far. In seven games, he has taken nine wickets, and in his last three games, he has scored 49 runs. Narine can prove to be a hot pick for your TT vs SK Real11 prediction team given his wide range of skills.

Rashid Khan: Rashid Khan is one of the top leg-spinners in the world. He has excelled in the Caribbean T20 League this season, taking four wickets at an economy rate of 5.42. In addition to his bowling heroics, Rashid has smashed 169 runs in T20s this year.

Andre Fletcher: With 207 runs scored in six games, Andre Fletcher is SK’s leading run scorer this season. While Pooran is also a viable possibility, Fletcher should be one to watch out for in this game due to his recent performance.

Nicolas Pooran is our pick for this segment. The wicket keeper batter has blown hot and cold this season. Given his reputation as a big match player, you can expect the WI skipper to do well in this game. 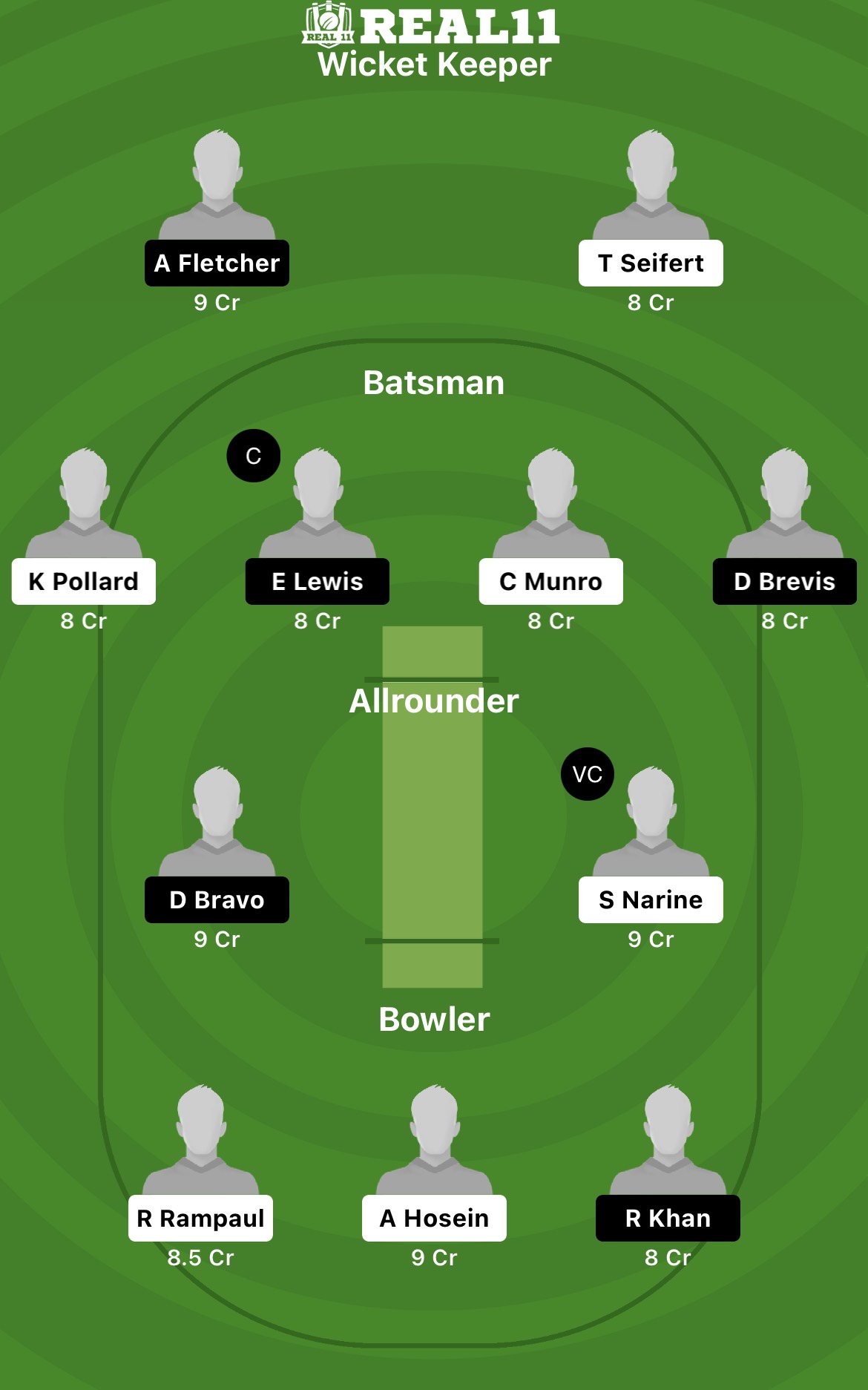