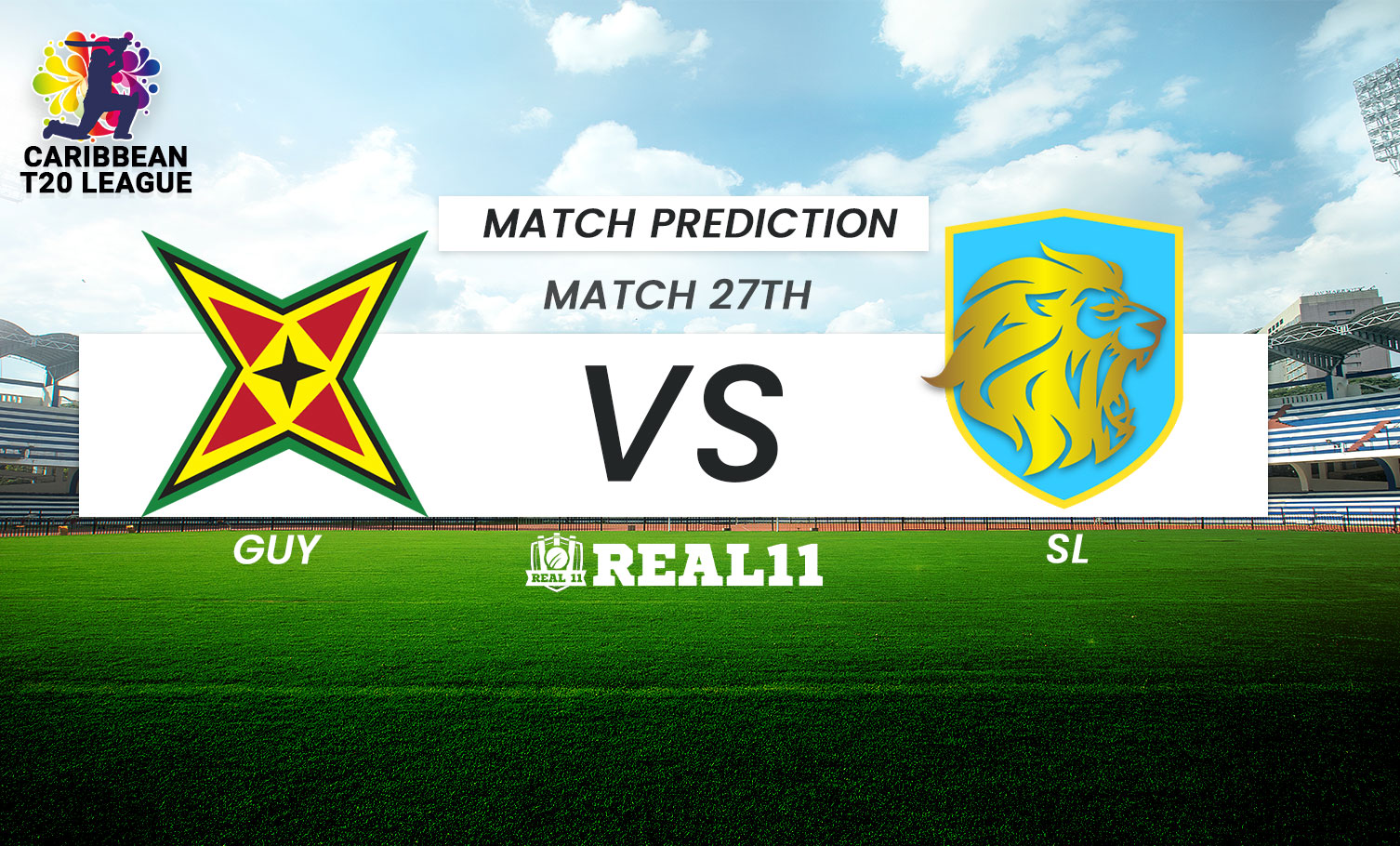 GUY and SL will square off in match 27 of the Caribbean T20 League 2022 at the Providence Stadium, Guyana on Friday, September 23. SL and GUY will face off in match 27 of the ongoing edition of the Caribbean T20 League. GUY is already out of the competition and is positioned at the bottom of the points table. SL on the other hand is placed second   with 8 points under their kitty. Faf du Plessis led SL will need one win to guarantee a spot in the playoffs.

SL have ticked almost all boxes in Caribbean T20 League 2022. Their batting and bowling has looked potent with Johnson Charles and Roston Chase leading the charge with bat and ball respectively. Skipper Faf Du Plessis looked scratchy in the last game and he would be hoping to make contributions during the business end of the tournament. The SA professional will fancy his chances against the bottom placed Warriors.

The pitch in Guyana is favourable for batting as we have seen in the last few games played here. Spinners will play an important role in this match, given they are fairly economical bowling on this wicket. The skipper winning the toss should elect to bat first.

Faf Du Plessis: The SL skipper holds an abundance of experience in this format. With 188 runs in 7 innings, Faf is amongst the top run getters this season.

Shimron Hetmeyer: Known for hitting a long ball, Shimron Hetmeyer has been GUY’s leading run scorer in 2022. He has amassed 160 runs in just 6 innings.

Shakib Al Hasan: The Bangladeshi all rounder holds the prowess to dictate a game with both bat and ball. He is one of the best all rounders in T20 cricket right now and today may be his day.

Roston Chase: Chase’s monk-like demeanour and ability to keep composure makes him a hot pick for this match.

Alzarri Joseph: With 15 wickets in just 8 matches, the lanky pacer is the leading wicket taker in the tournament.

Imran Tahir: The 43 year old is a crafty customer with the ball. He has a knack of picking up wickets during the middle overs.

Shai Hope: Hope’s 45 ball 60 powered GUY to their second victory of the tournament in their last game. He looked good during his previous knock.

N.Dickewella is our pick for today’s Risky Captaincy Choice segment. The pocket dynamite is yet to make an impact this year but the kind of player he is and the loads of talent he possess, don’t be surprised if he comes up with something special on Friday. 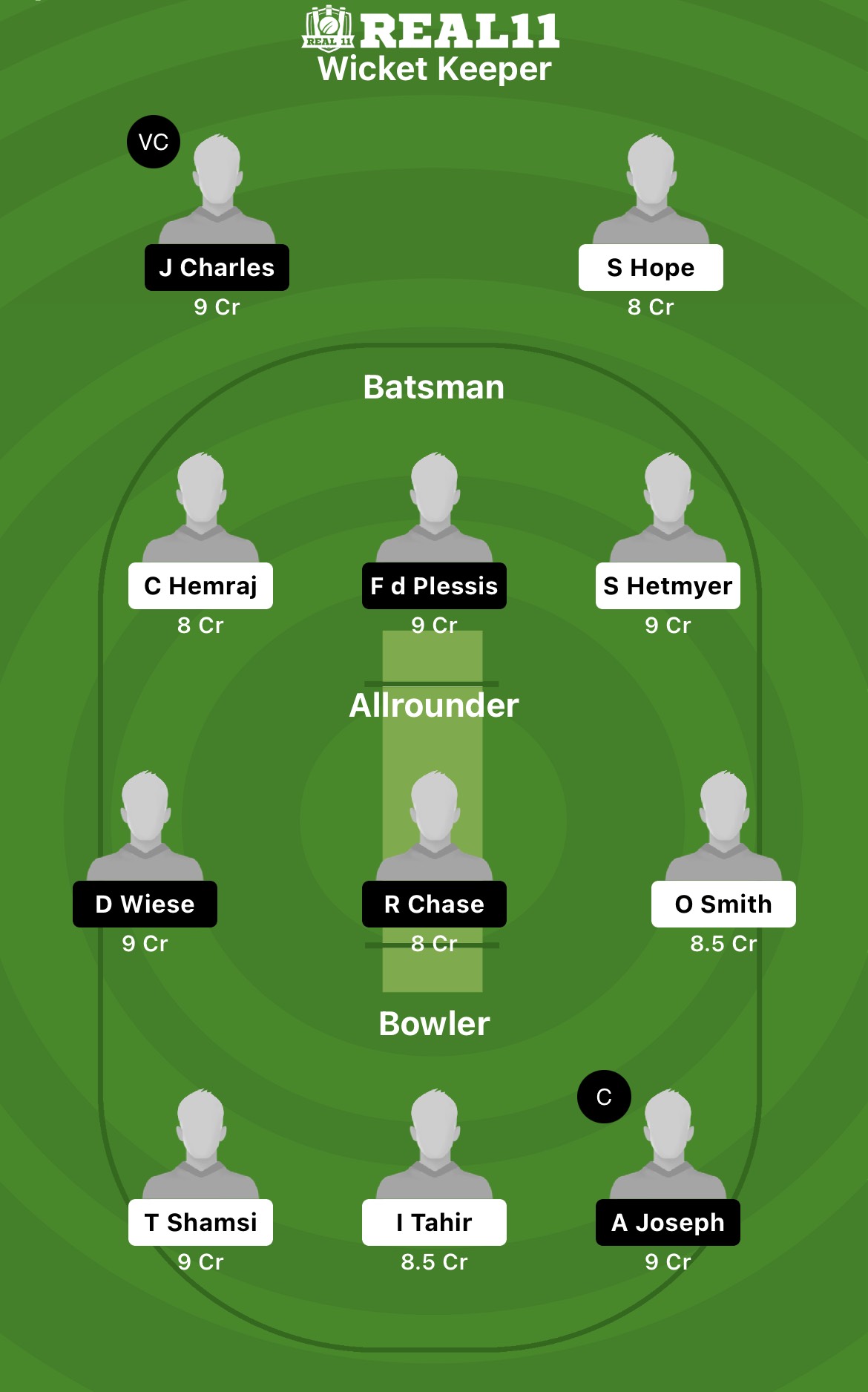