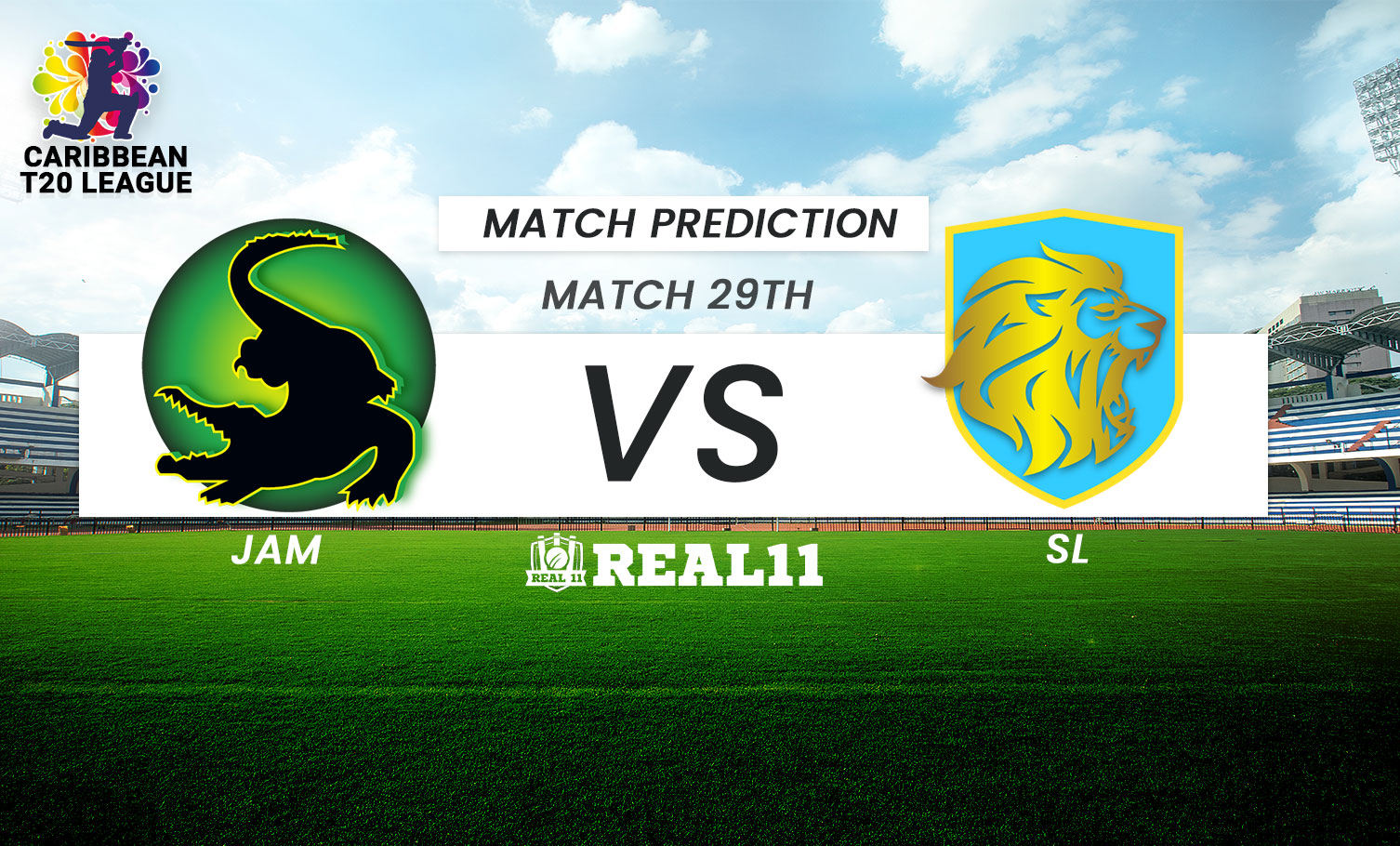 JAM and SL will square off in match 29 of the Caribbean T20 League 2022 on Sunday, September 25 at the Providence Stadium, Guyana. With 4 wins in 9 games, SL are placed second in the points table. Their counterparts JAM are positioned just a rung below at third. The two teams will be eyeing a win and progress through the next round with some momentum.

JAM has emerged as one of the strongest units in this year’s edition. They have a potent batting lineup with the likes of Brandon King and Rovam Powell in their ranks. In the bowling department, Jamaica possesses the services of Mohammad Amir, Imad Wasim and Chris Green. In the last game against GUY, the two time champions failed to chase down the total of 178. Brandon King notched a spectacular hundred but unfortunately didn’t get much support from the other end, as a result fell 12 runs short.

SL is a team to beat this season. They have been clinical in all three departments of the game and are fittingly comfortably placed at the second spot. They suffered a disappointing loss in their last game against GUY. Despite mounting a gigantic total of 194, Du Plessis and co were at the receiving end. They will now look to forget about their past failures and focus on their forthcoming tie against the JAM. Faf Du Plessis and Niroshan Dickewella will be the batters to keep an eye on while Roston Chase and Mark Deyal will have the onus with ball in hand. Ahead of this exhilarating tie, let us have a look at how these two sides will fare out in the clash.

The match will be played in Guyana. The pitch out here has been a batting paradise. Chasing has been the preferred option.

Faf Du Plessis: The SL skipper has culminated 291 runs in 8 innings at an impressive  average of 41.57 and a blistering strike rate of 170. He notched a ton in the last game against GUY.

Brandon King: With 326 runs in 9 innings, the stylish batter is the second highest run scorer in the tournament.

David Wiese: The Namibian all rounder is a dangerous batter down the order and more than handy with ball in hand.

Imad Wasim: Wasim has picked 12 wickets in 9 matches this season. He can fetch you some good points in this meeting.

Alzarri Joseph: Joseph is the leading wicket taker in the tournament thus far. With 16 wickets to his name, the lanky pacer is certain to cause trouble to the opposition batters.

Roston Chase is our pick for this segment. The Caribbean all rounder can pick wickets upfront and score heaps of runs at a brisk pace.

Considering the balance and depth within the squads, we place our bets on SL to win this encounter. 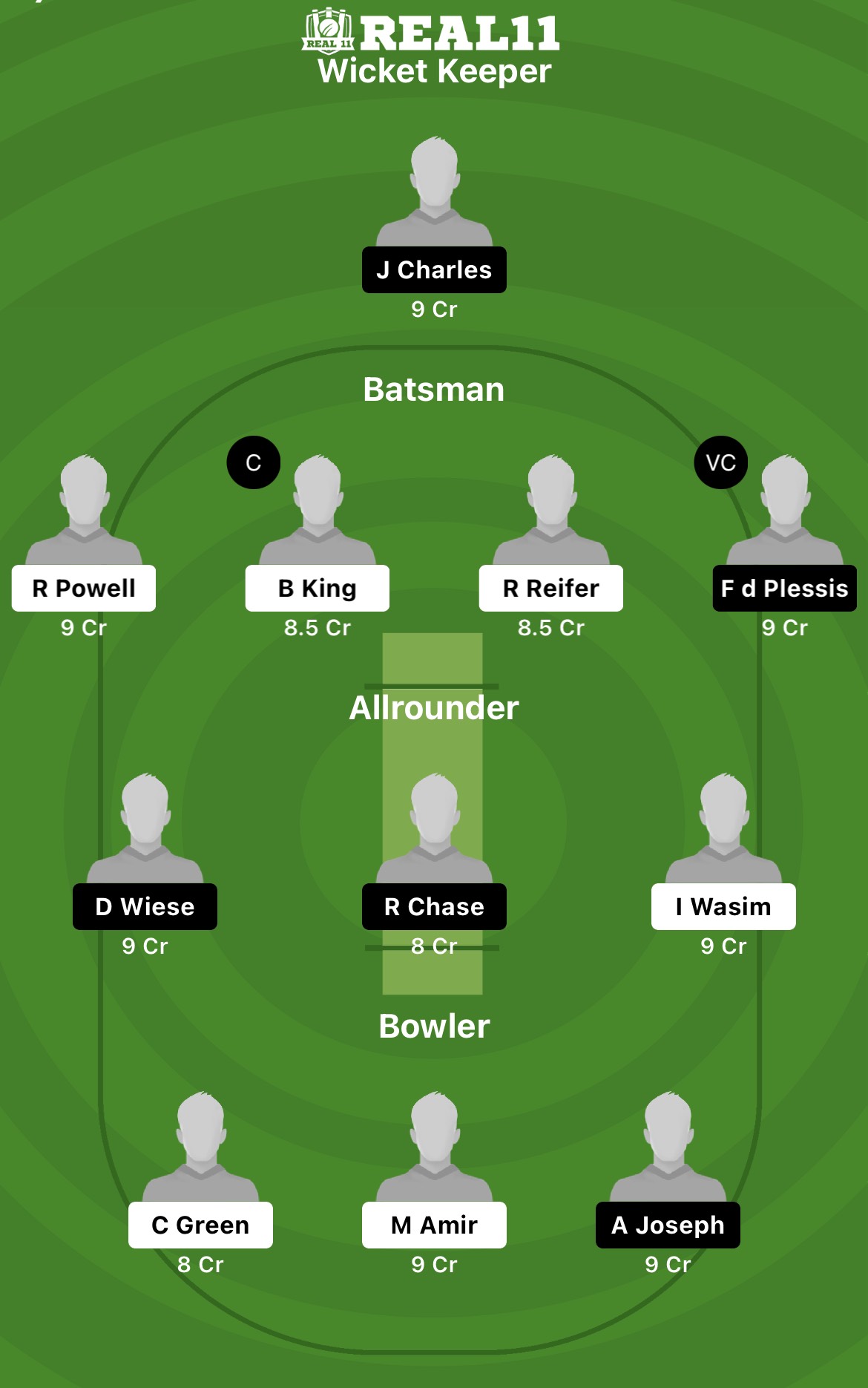