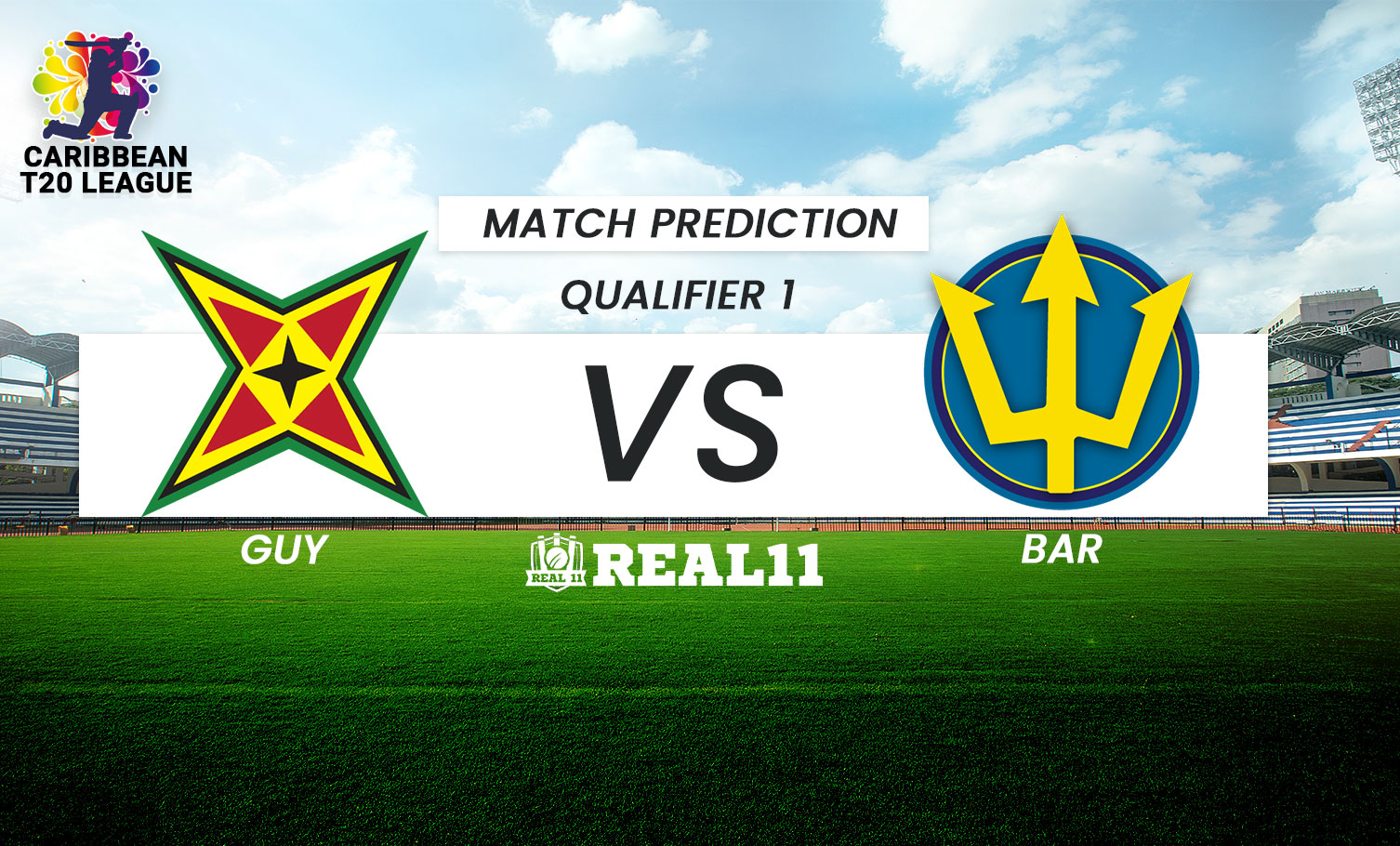 GUY are set to cross swords with BAR in Qualifier 1 of the Caribbean T20 League 2022 at the Providence Stadium, Guyana on Tuesday, September 27. GUY toppled the high flying BAR in the league fixture to set a rematch in Qualifier 1. With momentum on their side, the Warriors will be eager to extend their winning streak. BAR on the other hand would look to avenge the previous loss.

GUY has emerged as a formidable unit this year. Their batters have performed well throughout the competition. Bowlers have also been on the money right from the start. In the last game against BAR, Romario Shepherd and Keemo Paul ran through their batting lineup and restricted them to a partly total of 125. While Shepherd picked three wickets, Paul struck twice. Then, Shakib Al Hasan led the charge with bat in hand to help the hosts get over the line. The star all rounder, who before this game failed to create any considerable impact,  smashed a 30-ball 53 in his team's victory.

BAR are on a roll in this year’s competition. They are in supreme touch with both bat and ball in hand and despite the loss in their previous fixture they will start favourites. In the batting department they have the likes of  Kyle Myres, Harry Tector and Azam Khan. Myres, who hasn’t been in the best of forms lately has been their standout batter. He will play a key role  against GUY on Tuesday.  Jason Holder, Obed McCoy and Mujeeb Ur Rahman will be the bowlers to keep an eye on.

Kyle Myres: He has struggled to find the meat of the bat off late, but that doesn't change the fact that he has amassed 311 runs in 10 innings and is the the third highest run scorer in the tournament.

Shimron Hetmeyer: The GUY skipper is no stranger to knockout games. He is a big match player who can prove to be the difference on Tuesday.

Shakib Al Hasan: He is coming into this game on the back of a match winning 53. Expect him to continue his good run with bat in hand.

Jason Holder: The BAR player has picked 15 wickets in 10 games. He is also a pretty handy batsman down the order

Romario Shepherd: Shepherd took three wickets in the last game against BAR. He will hold the key for GUY with the ball.

Imran Tahir: With 9 wickets to his name, the seasoned bowler is amongst the leading wicket taker in the tournament,

Rahmanullah Gurbaz: The wicket keeper batter is yet to fire in the tournament but he has shown us a glimpse of what he is truly capable of.

Najibullah Zadran is our pick for this segment. The explosive batter from Afghanistan has an abundance of T20 experience. He hasn’t had an ideal tournament thus far, but as they say it requires only a good match for a batsman to be at his best again.

We put our stakes on BAR to win this encounter. 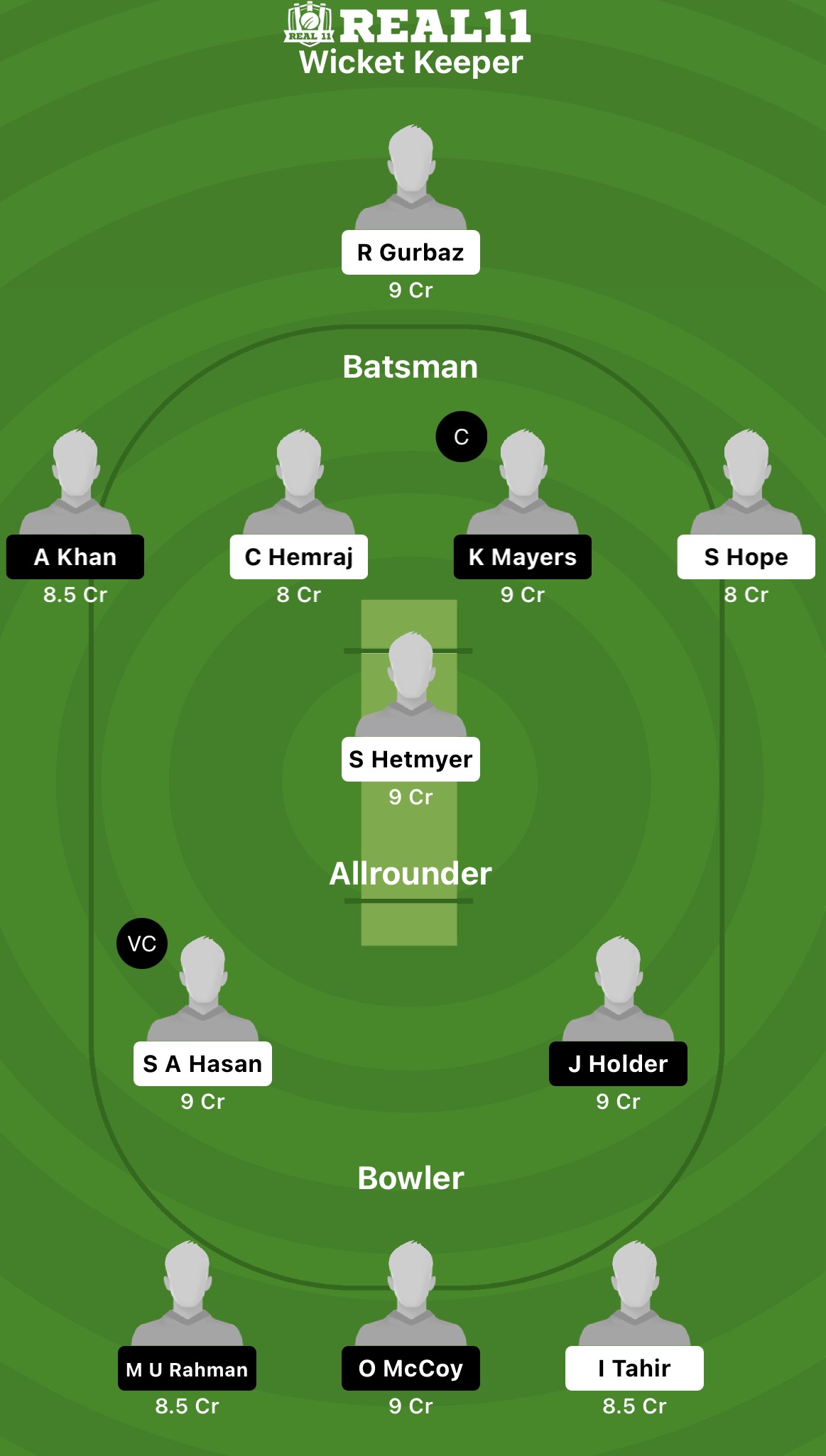