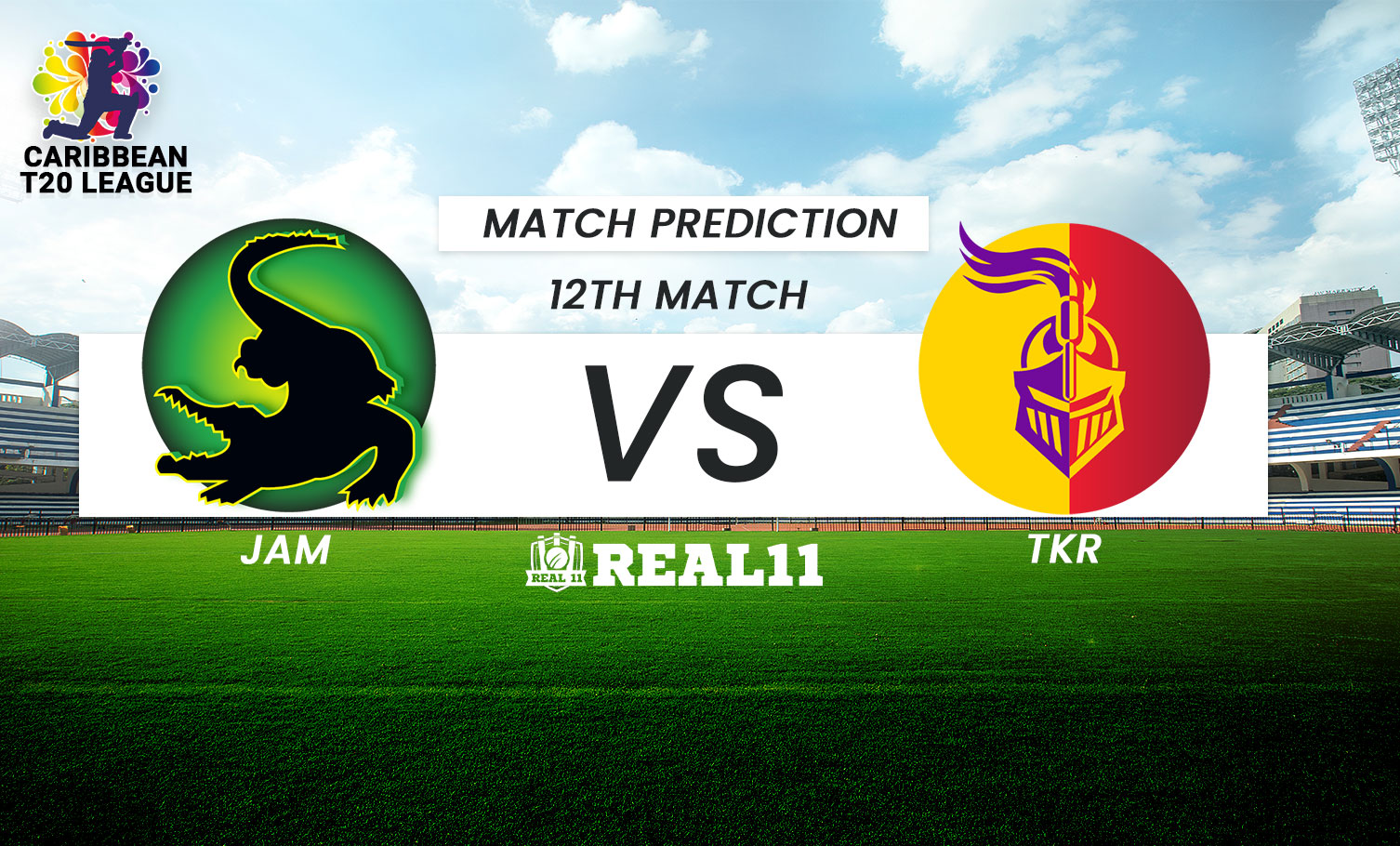 JAM will lock horns with TKR in the 12th fixture of the Caribbean T20 League, 2022. The match will be played at the Daren Sammy National Cricket Stadium, Gros Islet, St Lucia on Saturday, September 10th.

JAM have won two out of three games so far and are holding the second spot in the league table. They won their inaugural two games but lost the third one against SLK by two wickets. JAM while batting first posted 163 runs with Raymon Reifer savings the innings by scoring 62 runs in just 41 balls. No other batters in the team scored more than 20 runs. SLK chased down the target with Johnson Charles topping the chart with 62 off 39 balls. Pakistani speedster Mohammad Amir scalped 3 wickets along with Imad Wasim and Raymon Reifer taking two each for JAM. The Jamaica-based franchise will be looking forward to defeating TKR which is one of the best teams in the league.

On the other hand, TKR won their inaugural match and their second match was abandoned due to rain. In their recent match against BR, they lost by a huge margin of 80 runs. The Barbados-based franchise posted a target of 195 runs while batting first. The openers Kyle Mayers and Quinton de Kock jointly scored 96 runs off just 67 balls. David Miller was the star of the show as he scored 60 runs off just 36 deliveries to provide the finishing touch on the scoreboard. The match was reduced to 8 overs as per the DLS method. TKR failed miserably while batting, no player except Colin Munro scored in double digits. Ultimately the most successful team in the league managed to score only 51 runs resulting in losing the match against BR.

The match between JAM and TKR will be played at the Daren Sammy National Cricket Stadium, Gros Islet, St Lucia. The pitch provides equal chances to batters and bowlers. The skipper winning the toss will look forward to bowl first and chase the target later.

Brandon King (JAM)- He played important knocks in the first two matches and hence is a very important opener for the team.

Raymon Reifer (JAM)- Displayed outstanding skilled shots in the last match against SLK. He scored 62 runs in 41 balls in that match.

Imad Washim (JAM)- He can score crucial runs with the bat as well as scalp wickets when needed. What else do we need from an all-rounder?

Mohammad Amir (JAM)- He scalped seven wickets in the last three matches. He is a very important string in JAM’s system.

Akeal Hosein (TKR)- He was one of the key players in the 1st and only win of the Tribago-based franchise. He scalped four wickets in the inaugural match against SLK to win the match.

Kennar Lewis (JAM)- He is the best wicketkeeper choice in this match and can also score runs with the bat for his team.

Tion Webster (TKR)- The only match TKR won in this tournament so far is against SLK. Tion was the star of the show in that match with 58 runs under his belt.

It’s not that TKR is not in their best form this season. Something is also not right with their luck. Their second game got cancelled and the third match was affected due to rain. But they are overall a champion team. Also, JAM and TKR have just played 3 matches so far. We predict TKR to have a comeback in this match.