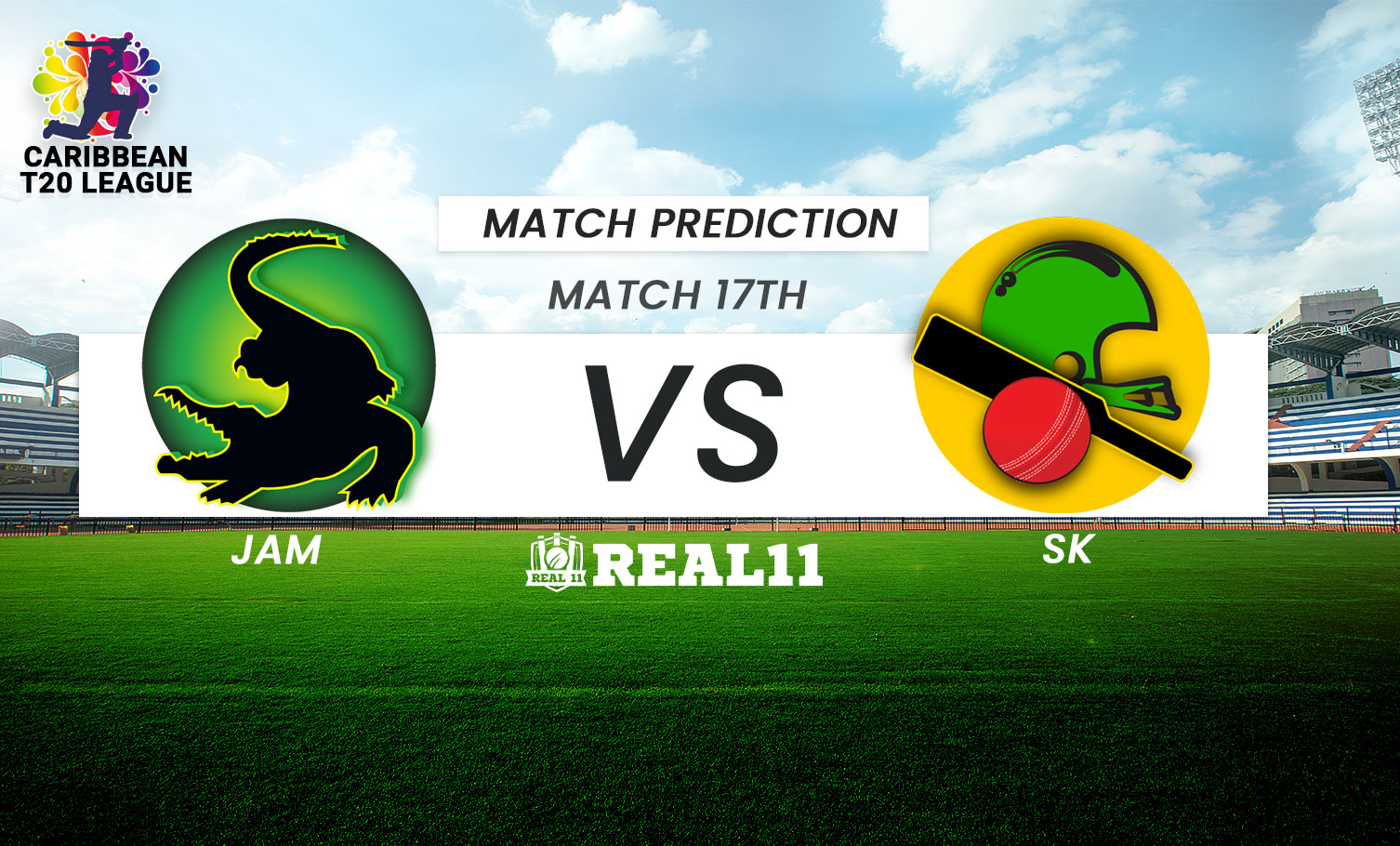 JAM will lock horns with SK for the 17th match of the Caribbean T20 League 2022. The match is scheduled at the Queen's Park Oval, Port of Spain, Trinidad on Wednesday, September 14.

JAM have won 3 out of 5 matches so far this season and are in the second spot on the points table. They lost their last match against BR by 8 wickets. JAM while batting first posted 158 runs with the likes of Rovman Powell and Raymon Reifer. They both added 93 valuable runs to reach this total. In the second innings, Quinton de Kock and Corbin Bosch smashed 64 and 56 runs respectively to win the match with 8 wickets to spare. JAM bowlers failed to create an impact over the BR batting lineup which led to their defeat.

SK on the other hand, have managed to win only 1 game out of their last 6 matches so far and is occupying fourth place in the league table. They lost their last match against SLK by a huge margin of 61 runs. SLK opening pair Johnson Charles and Faf du Plessis added 101 runs to the total. The opponent bowlers were quite good in their duty as Dwayne Pretorius picked 3 wickets along with Sheldon Cotrell and Akila Dhananjaya taking two each to restrict the flow of runs. Now, SK needed 161 runs to win their second match in the tournament but their batters struggled against the SLK bowling lineup. Only Evin Lewis and Darren Bravo managed to get over 20 runs each. SK’s run-chase ended at the score of 100 resulting in their loss by a margin of 61 runs.

The surface at Queens Park Oval has always been a batting-friendly pitch when it comes to white-ball cricket. The captain winning the toss will choose to bat first and post a big total before the opponents.

Brandon King (JAM): He played valuable knocks in the first two matches of the Caribbean T20 League and hence is a very important opener for the team.

Evin Lewis (SK): In the recently completed 6IXTY tournament, the explosive opener contributed significant cameo hits. Despite being out of form in the Caribbean T20 League 2022, he is still among the Patriots' top batters.

Imad Wasim (JAM): He can score crucial runs with the bat as well as pick wickets whenever the team needs him.

Mohammad Amir (JAM): He picked seven wickets in the last three matches. He is a very valuable asset for JAM’s bowling side.

Brandon King (JAM): He played important knocks in the first two matches of the tournament and is a very important batsman for his team.

Evin Lewis is quite explosive if he is promoted up the order. He is a perfect candidate for this role.

JAM has a strong batting and bowling lineup. SK are struggling at the moment and for them, it will be a tough fight. Keeping in mind the player performances, we fancy JAM to win this match.