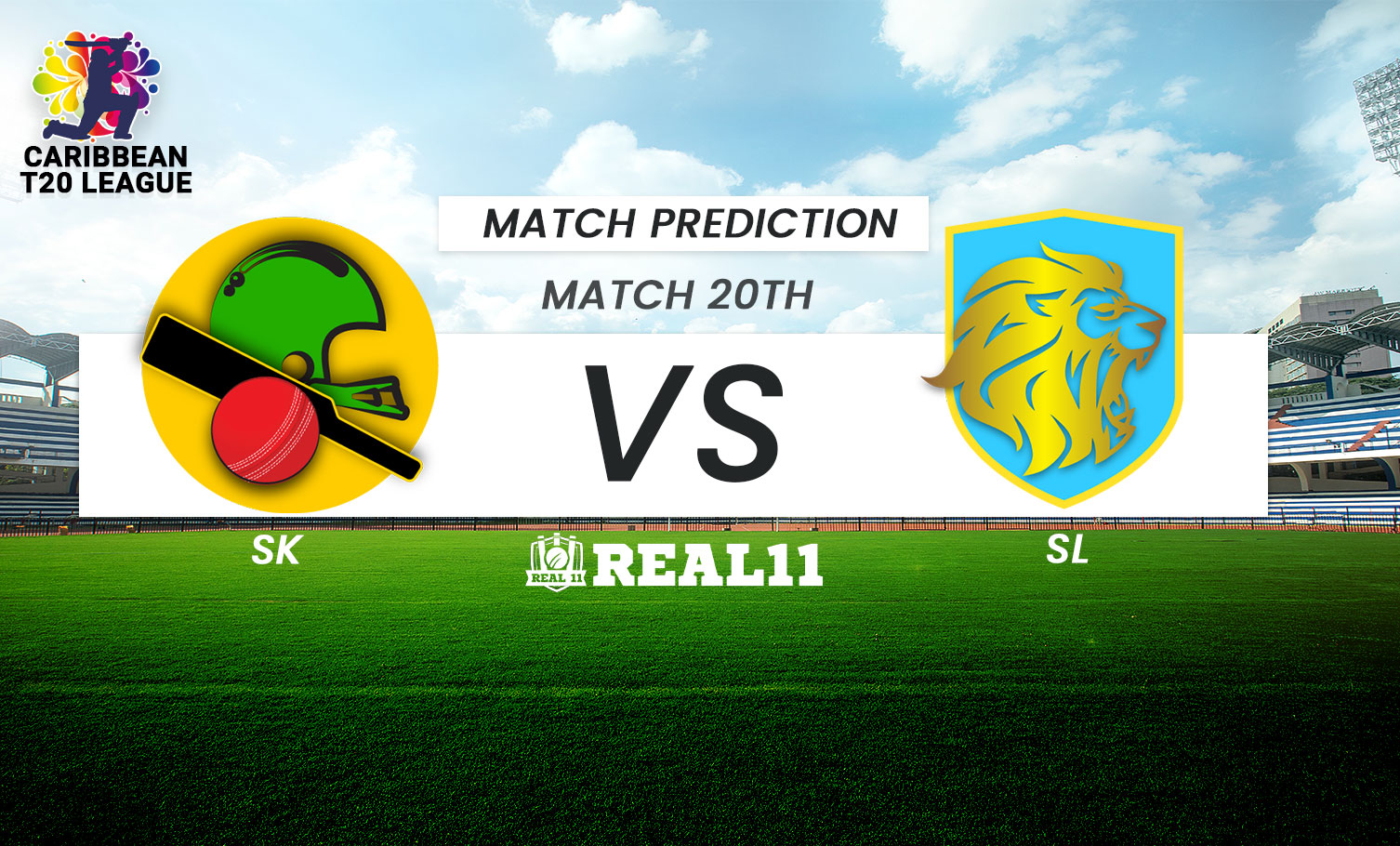 SK and SL will square off in match number 20 of the ongoing edition of the Caribbean T20 League at the Brian Lara Stadium, Tarauba, Trinidad. Last time these two sides met, SL emerged victorious. With the momentum on their side, Faf du Plessis and co will hope to continue their good run. SK on the other hand bounced back from the surprising defeat by pummeling GUY by 8 wickets. Dwayne Bravo’s side are currently positioned third in the league standings.

The surface at the Brian Lara Cricket Stadium offers equal assistance to both the departments. Expect a neutral wicket with a reasonable amount of help for both the batters and bowlers.  Spinners will play a crucial role in this game, especially in the second innings, when the pitch dries up considerably. The skipper winning the toss should elect to bat first on this wicket.

David Wiese: The South African-Namibian all rounder is in some form at the moment. He holds the ability to pick wickets with ball in hand and score runs at a brisk pace with the bat.

Dwayne Bravo: The T20 veteran is not like his prime days but he is still very effective with both bat and ball.

Alzarri Joseph: Joseph is in the form of his life. The lanky pacer has picked 12 wickets in just 6 matches and is the leading wicket taker in the competition so far.

Rashid Khan: Khan is known for his pinpoint accuracy and subtle variations. The magician from Afghanistan is yet to make a considerable impact on the tournament but we fancy the 23 year old to come good on Saturday.

Andre Fletcher: The spice man is globally regarded for his flare and brute strength but consistency was something you don’t associate with the wicket keeper batter. This season he has brought even that to his game which makes him a valuable pick for this game.

Johnson Charles: With 227 runs in 6 innings, the SLK batter is the second leading run scorer in the tournament. Expect the dashing opener to continue his golden run.

Darren Bravo is our pick for this segment. The southpaw has hardly fired in the tournament so far but we all know how dangerous he can be once he gets going. You can play a huge gamble by assigning him as the captain of your fantasy team.

SL got the better of SK last time around. They will now be eyeing to register yet another win and move up the league standings. SK on the other hand would enter the field with revenge on their mind. Looking at the team combination and balance within the squads then SKN are stronger on paper. We put our stakes on SKN to win this one. 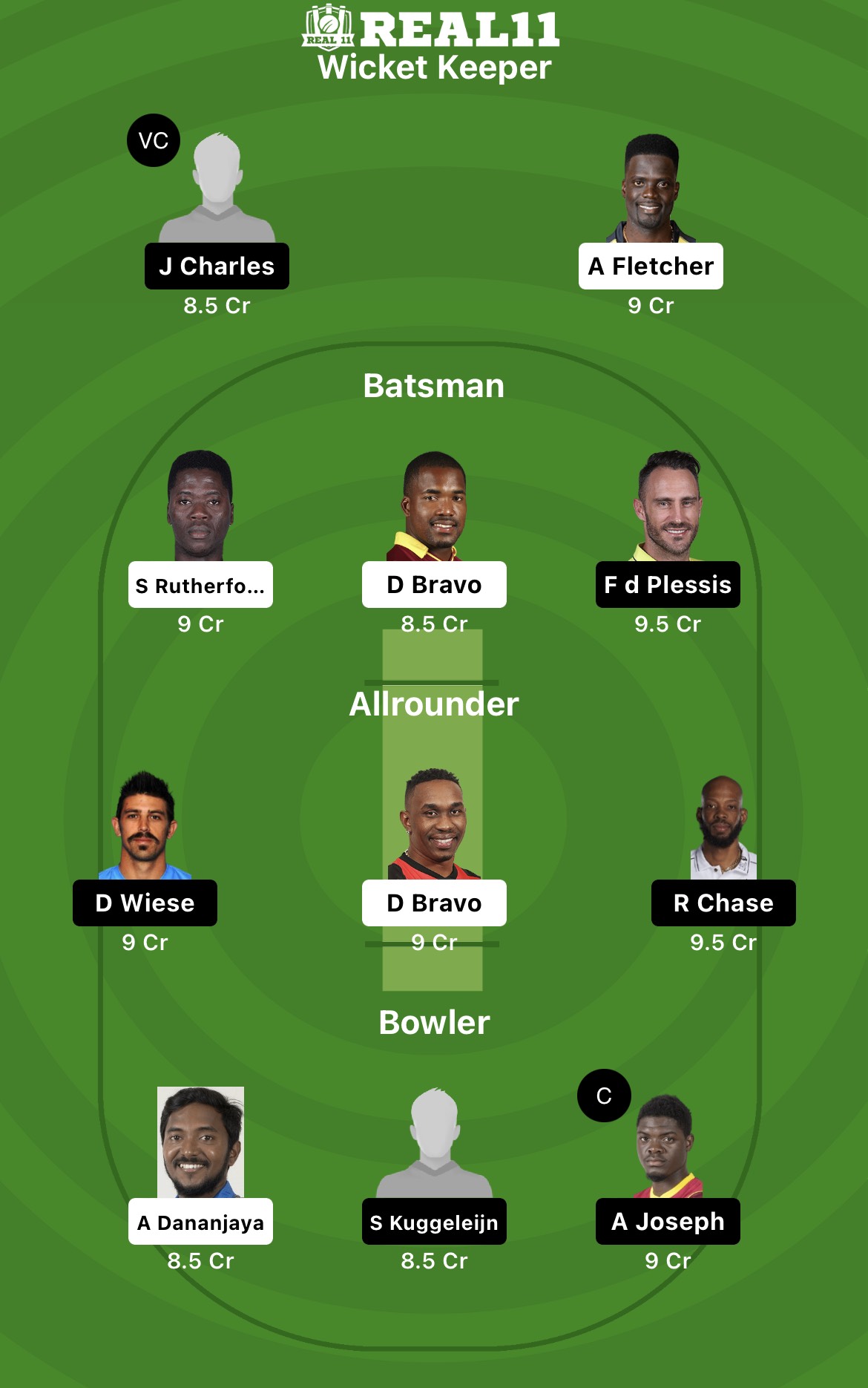