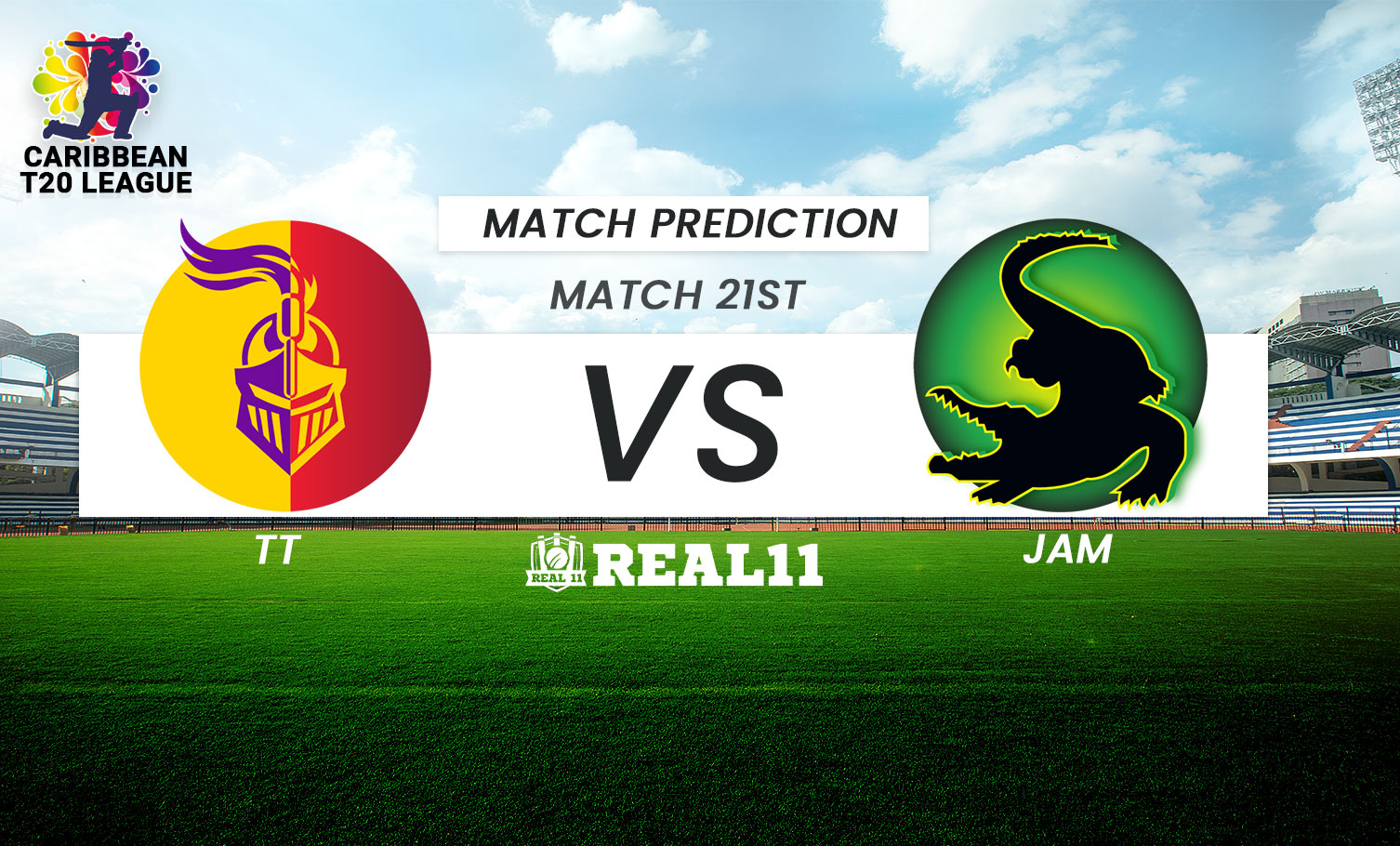 TT will host JAM in the 21st match of the Caribbean T20 League. The match will be scheduled at the Queen's Park Oval, Port of Spain, Trinidad on Sunday, Saturday 18.

The Trinbago-based team have won only 2 games in 6 matches and are placed in fourth place on the points table. Whereas JAM are occupying second place in the league table by winning 4 games in 7 matches.

The last time they both met in this season of the Caribbean T20 League, JAM won against TT by 34 runs. Jamaican skipper Rovman Powell led the innings by scoring 67 runs off 49 balls. JAM posted a score of 153 runs at the end of the first innings. Ravi Rampaul led the opponent’s bowling attack by picking three wickets along with Sunil Narine scattering two himself. In the second half, TT failed to chase the target because of a poor batting display. Colin Munro scored the highest 29 runs in 30 balls. Mohammad Amir and Imad Wasim took a couple of wickets each to restrict the run chase.

The pitch at Queens Park Oval has always been a batting-friendly surface when it comes to white-ball cricket format. The skipper winning the toss will choose to bat first and post a huge total before the opponent team.

Rovman Powell (JAM)- He is one of the most well-known power hitters in this league. The 29-year-old West Indies batsman has scored 218 runs in seven matches so far and is the fourth-highest run scorer in this league.

Colin Munro (TT)- He is a late starter in this league. He already performed the best among his team against JAM in the last encounter. Munro also scored 42 runs off 37 balls in their last fixture.

Imad Wasim (JAM)- He is a left-handed batsman and left-arm orthodox spinner from JAM. He can smash runs with the bat whenever his team needs him. He also has picked up 10 wickets in 7 matches of this competition so far.

Sunil Narine (TT)- Narine is a key factor in this TT setup. The star all-rounder has failed to live up to his team’s expectations this season. Despite being greatly economical, he has only picked 6 wickets in 5 matches with the ball in hand. Also, he failed to contribute by scoring crucial runs for his team.

Mohammad Amir (JAM)- He is a left-handed batsman and left-arm fast bowler from the Jamaica-based franchise. He picked up 11 wickets in 7 matches to become the second-highest wicket-taker in this season of the Caribbean T20 League.

Nicolas Pooran (TT)- The Caribbean power-hitter hasn’t been in the best of forms of late but we saw a trailer of his potential in the previous game. He scored 92 runs in 5 matches which may not be much impressive but helped his team to win a couple of matches in this league.

Tion Webster (TT)- Webster has shown signs of promise in the middle matches of the league. He failed to convert runs into a huge score. In the last match, he was out for a golden duck. Hopefully, he will come out to bat with a positive intent this time. His best score in this league is 58 runs off 45 balls.

TT has lost more matches in this league than JAM, but we believe the Tribango-based franchise will win this match. TT won only their first and latest match of this season’s Caribbean T20 League. But hopefully, the champion team is now set to make a comeback possibly with this match win.