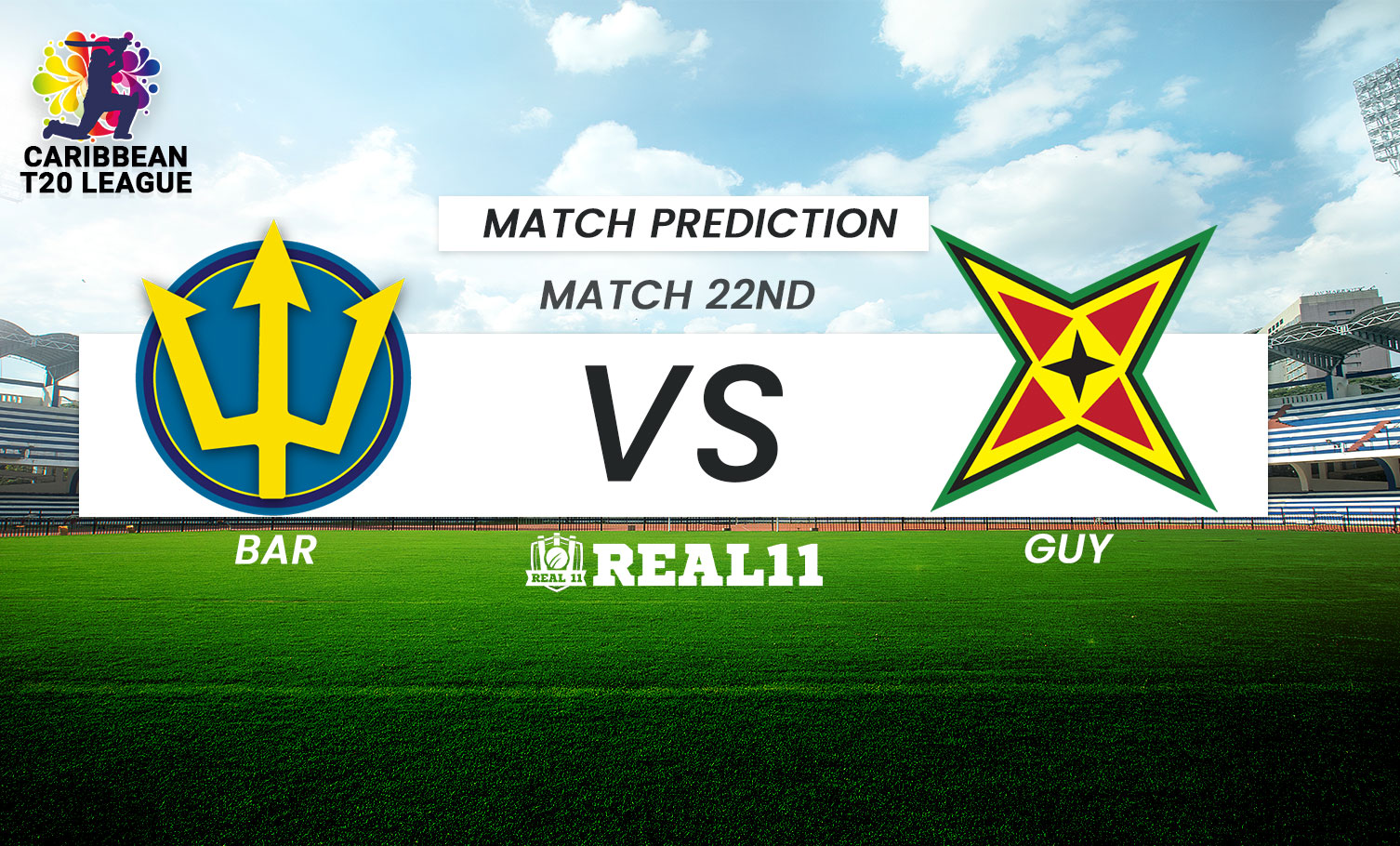 BAR and the GUY will square off in Game 22 of the Caribbean T20 League 2022 at Tarouba. With six victories in seven league games, the Royals are in the lead on the points list. The David Miller-led team only managed 146 points in their most recent game, and they were unable to maintain the advantage. Their best bowling combinations have been Jason Holder and Obed McCoy, and their top batsmen have been Kyle Mayers and Quinton de Kock.

GUY, on the other hand, are stuck at the bottom of the rankings with only one win in five games. In their last encounter, the Shimron Hetmyer-led team failed to score 150 runs in total.Chanderpaul Hemraj and Heinrich Klaasen have been their standout players thus far. Watching to see whether they can make a return in this game will be interesting.

The surface should assist the spinners in restricting the flow of runs. However, as the batters became acclimated to the surface, the average scores would definitely increase.

Kyle Myres: With 286 runs in seven innings at a strike rate of 150.52, he has been quite productive. He has also taken five wickets.

Shimron Hetmeyer: In four outings, the Warriors captain has scored 137 runs at a 133 strike rate.

Jason Holder: The talented all-rounder has 11 wickets in seven games and has been a reliable wicket-taker. Additionally, he has 40 runs scored with the willow.

Mujeeb Ur Rahman: The talented spinner has made two appearances and claimed three wickets with a 6.37 economy rate.

Tabraiz Shamsi: In four games, the gifted leg-spinner has taken eight wickets with an economy of 6.21. In the most recent game, he came back with stats of 4/36.

Paul Striling: The opening batter has had poor form, contributing only two runs in three innings but he is surely a threat at the top of order.

BAR are in red hot form at the moment. We fancy them to emerge victorious and continue their dominant run in the tournament. 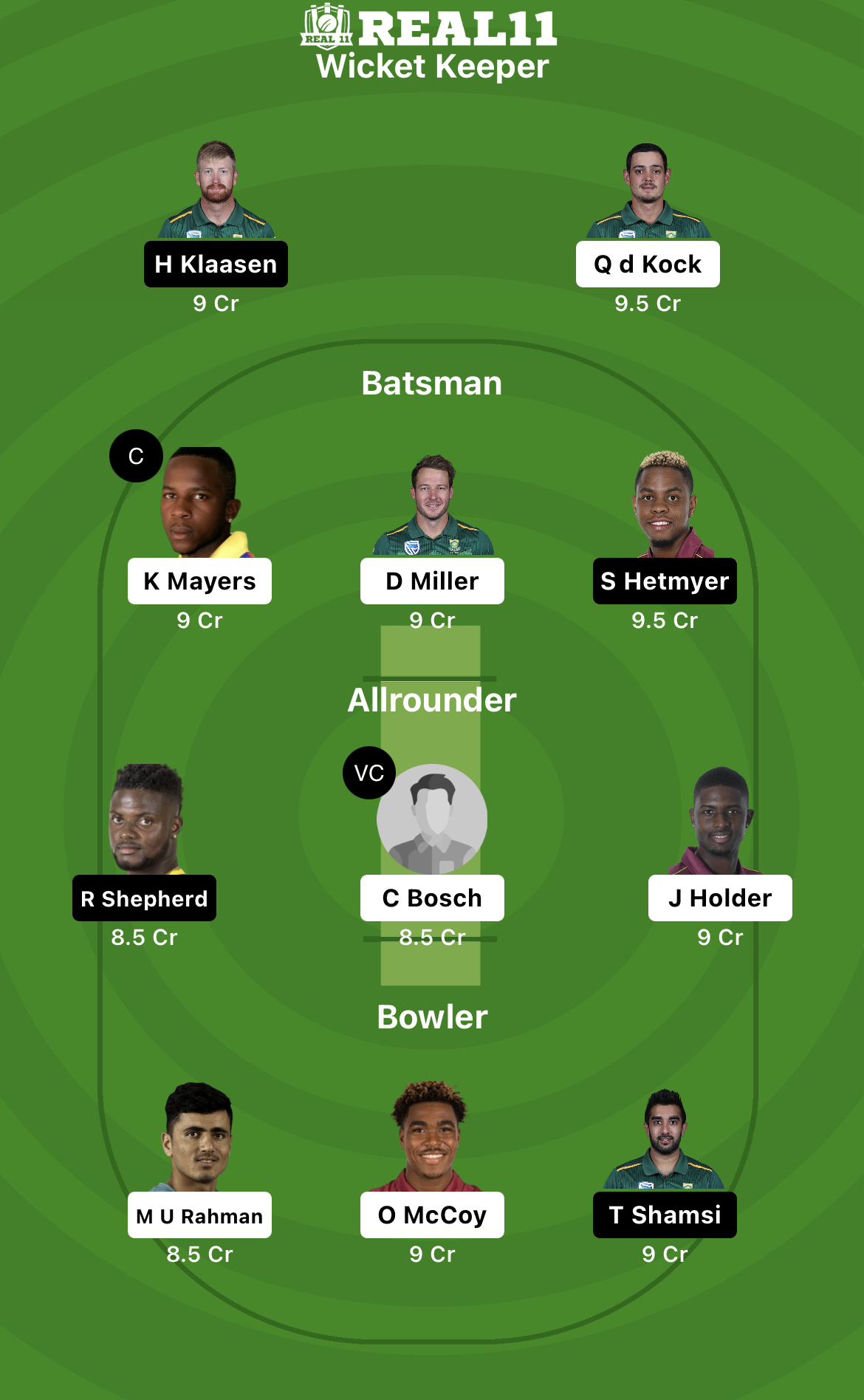