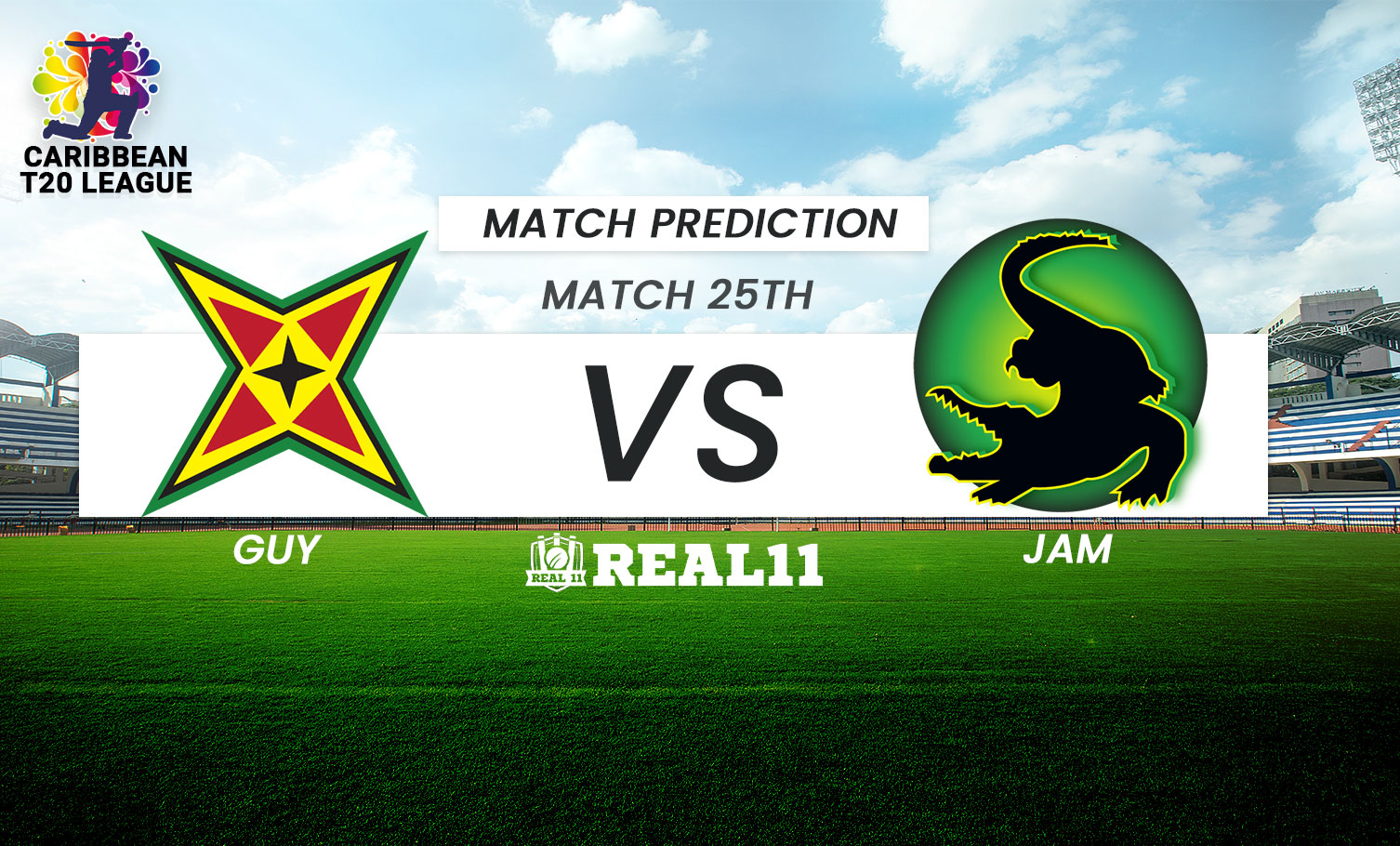 GUY and JAM will lock horns in match 25 of the ongoing edition of the Caribbean T20 League 2022 on Thursday, September 22 at the Providence Stadium, Guyana. With one victory in six games, GUY sit at the bottom of the standings. JAM on the other hand are positioned at third with four wins in 8 games.

GUY has been the least successful team in the competition thus far. They defeated SL in match 13 but lost to BAR and TT since then.

JAM had a strong start to the competition but have recently had trouble maintaining consistency. They did, however, defeat the BAR two games ago, and they will be confident going into this matchup.

The Providence Stadium surface ought to be advantageous to both batters and bowlers, since the average first-innings total over the previous three games has been 155. In those three games, pacers have claimed 64% of the wickets and the spinners have been economical . Chasing will be the preferred tactic, with the pitch not expected to change considerably over the course of the game.

Shimron Hetmeyer: The southpaw registered his lowest tournament score against the loss to Barbados. In their prior encounter this season, Hetmeyer  hit 39 runs.

Rovman Powell:  Powell is the fifth-highest run scorer in this competition. In the prior match between the two teams, he was unbeaten at 44

Due to the absence of the South African team of Heinrich Klaasen and Tabraiz Shamsi, Shakib Al Hasan will play in this game.  Shakib has 2045 runs and 122 wickets to his name, making him an excellent bowler as well as batsman.

Mohommad Amir: He has taken 13 wickets in eight games for an economy rate of 5.27. Given the favourable conditions, Amir should be a must-have in your GUY vs. JAM Real11 prediction team.

Paul Stirling is our pick for this segment. The dashing opener is yet to fire in the tournament thus far. Expect the Irish to come good in this game. 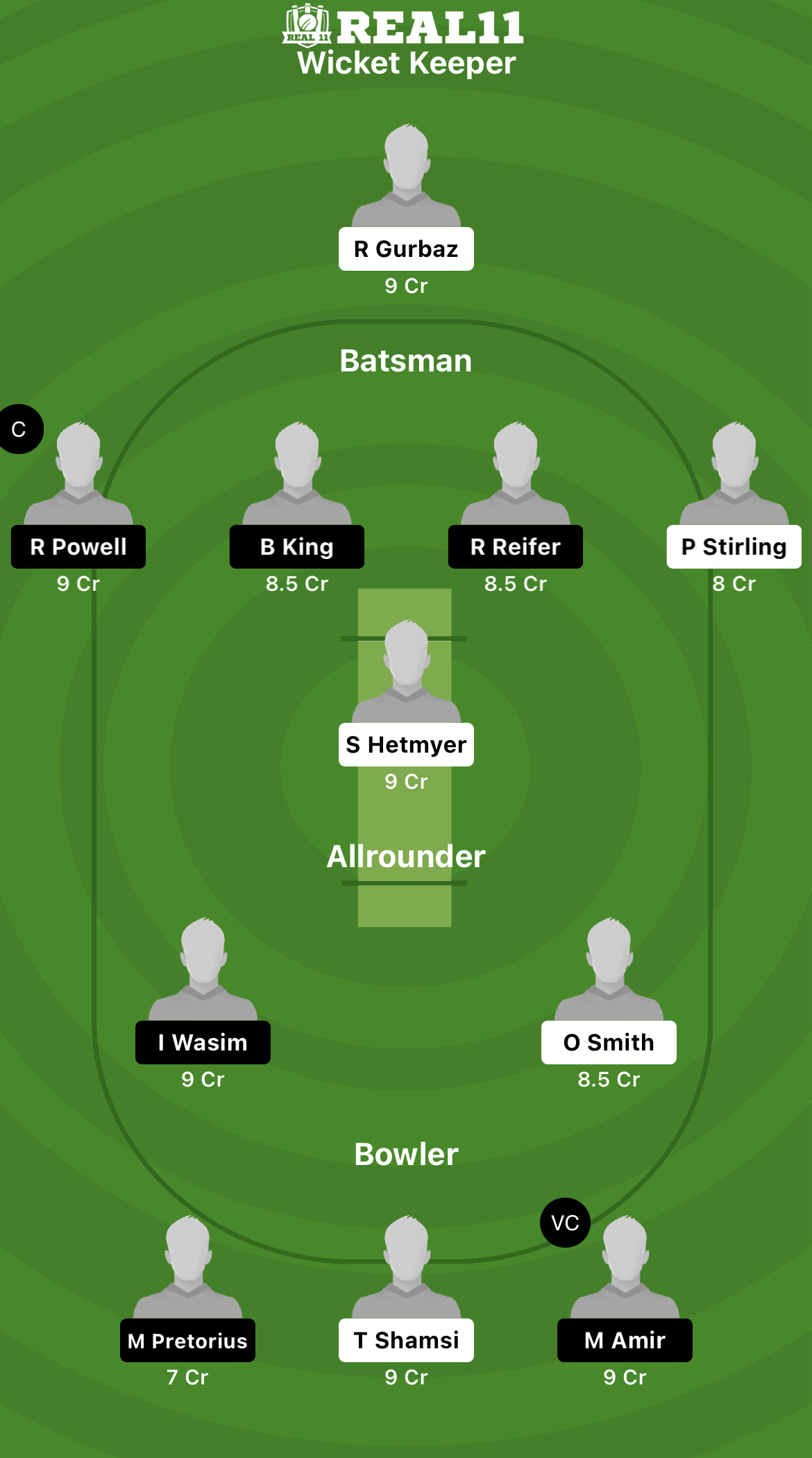