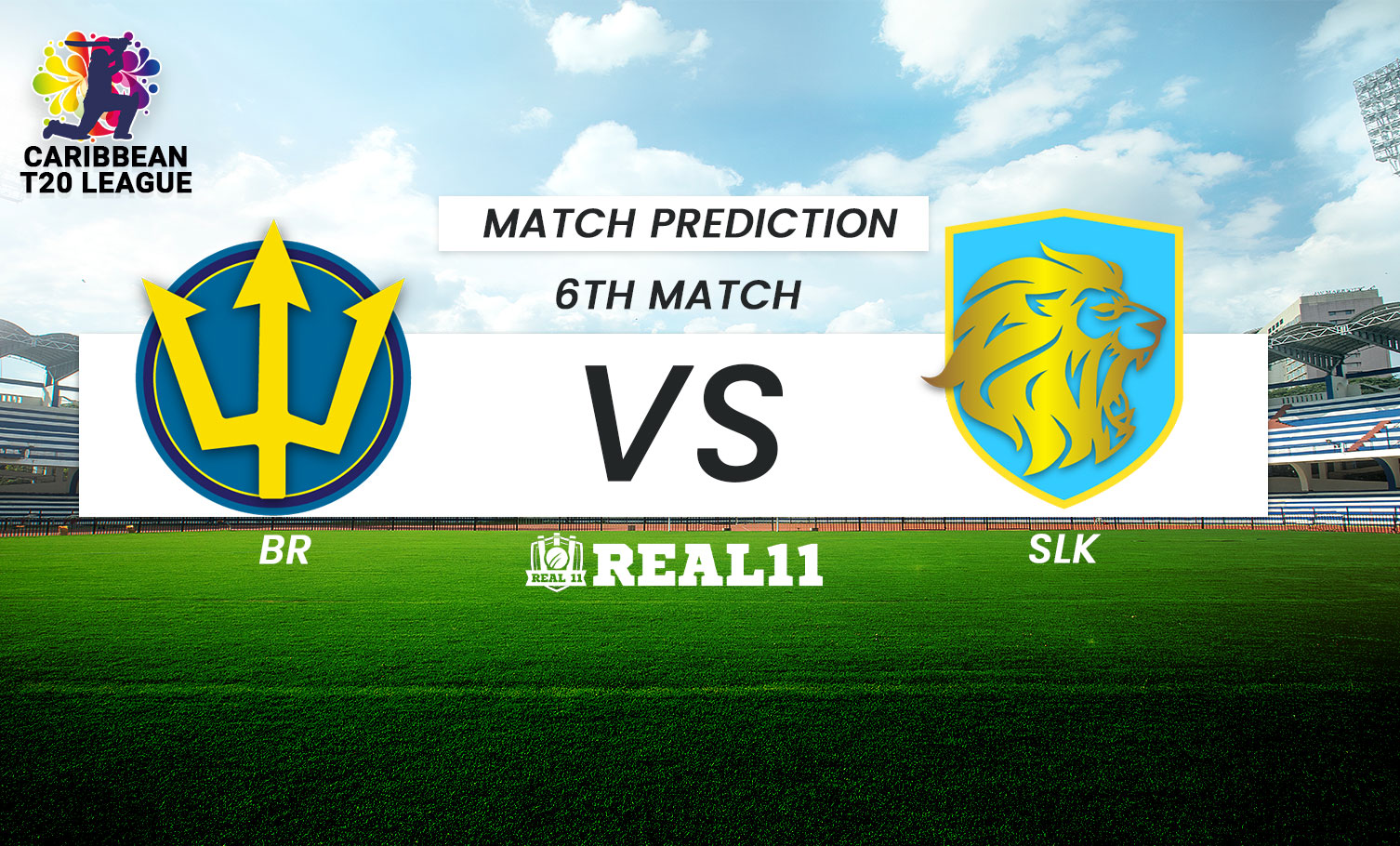 BR will lock horns with SLK in the 6th match of the Caribbean T20 League 2022. The match is scheduled on September 4 at Warner Park, Basseterre, St Kitts. Both teams have played their inaugural games on this ground and are quite familiar with the conditions.

BR won their first match of the season against SKN by 7 wickets. SKN while batting first scored 149  runs at a loss of 8 wickets. Andre Fletcher topped the chart with 81 runs from 55 balls. Jason Holder and Ramon Simmonds took two wickets each restricting the flow of runs. Rahkeem Cornwall and Kyle Mayers scored 39 and 73 runs respectively to steer the Barbados-based franchise to the victory line.

On the other hand, SLK lost their inaugural match against TKR by 3 wickets. SLK while batting first posted a total of 143 runs. Akeal Hosein scalped four wickets from the opponent's side. TKR quite easily chased down the low-scoring target. Tion Webster and Tim Seifert were the stars of the show. They smashed 58 and 34 runs respectively to reach the target with four balls left to spare.

The 6th match of the Caribbean T20 2022 is scheduled at Warner Park, Basseterre, St Kitts. As we have seen in the previous games played here, the venue is suitable for the batting department. The pitch is also slow and assists the spinners with a decent spin. A score of 180 is tough to chase on this pitch as the ground tends to become slower in the second half of the game.

Kyle Mayers (BR)- As witnessed in the previous match, he was the one-man army for the Barbados-based franchise and will prove to be a tough competitor for his opponent's bowling attack.

Mark Deyal (SLK)- Although SLK lost their inaugural match, Deyal scored 35 runs at the strike rate of 145. He may prove to be the support when openers fail to score.

Jason Holder (BR)- Well known for his all-round performance, Holder is a good power-hitter with finishing abilities and also a bowler who can bowl in tough situations where his team needs wickets.

Rahkeem Cornwall (BR)- A hard-hitting all-rounder usually known for striking balls out of the ground. Also, a bowler with promising stats, he is often used as a sixth option in the bowling category.

Alzarri Joseph (SLK)- It is impossible to forget him! He is a threat with the ball for the opponent batters. His prolific performance in the 1st match was just the beginning and still, the whole tournament is left to witness his magic with the ball.

Quinton De Kock (BR)- He is no doubt the best wicketkeeping choice in the South African national team and also is a promising opener in any cricket format.

Obed McCoy is a skilled bowler who has recently performed well in most of the international series games he played against some big countries. He is the perfect man to be bait for your team.

BR is a strong team with match-winning players and will also be high on confidence after their first win in the Caribbean T20 League. We fancy them to win this match.