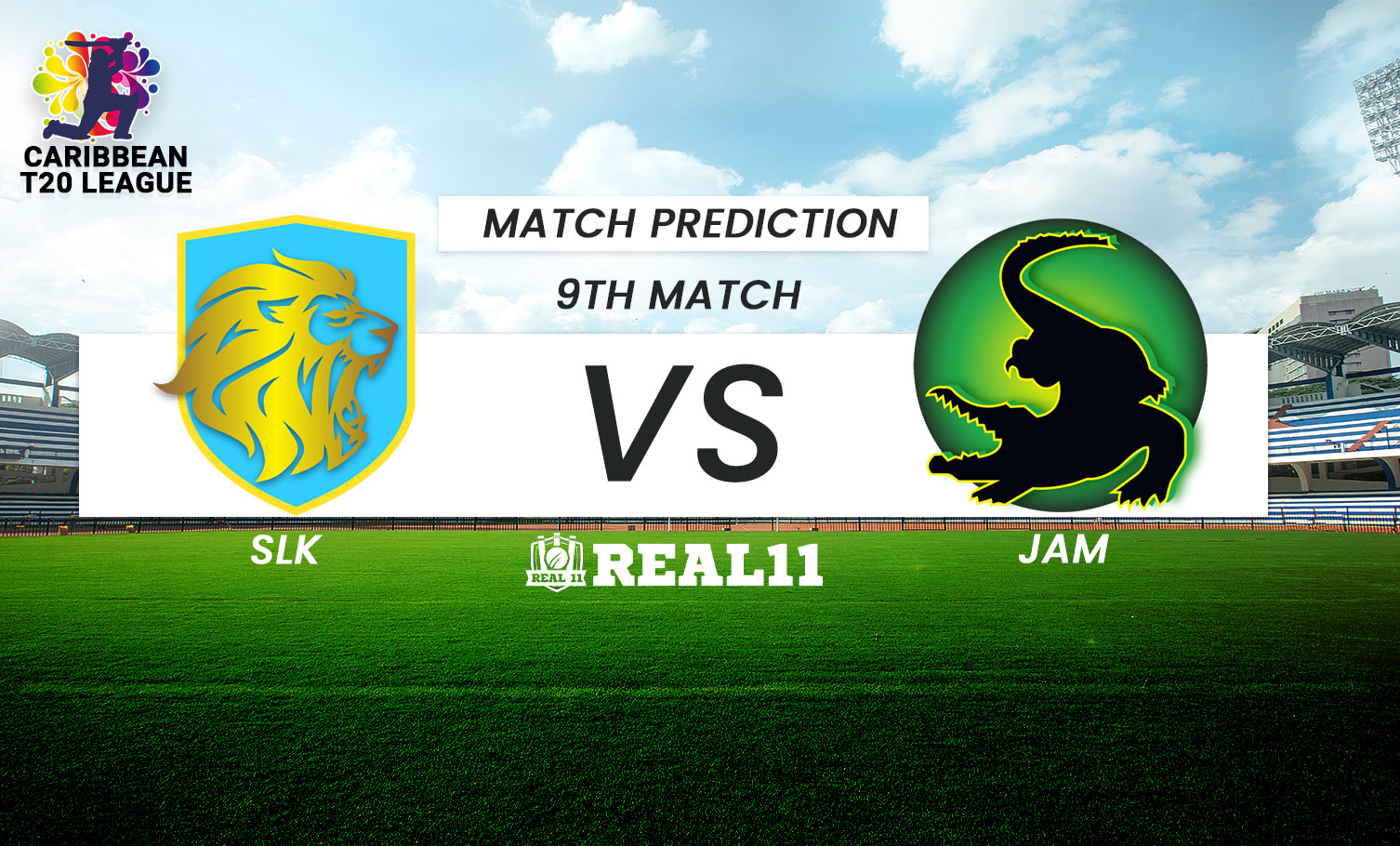 SLK will lock horns with JAM in the ninth match of the Caribbean T20 League 2022. The match is scheduled at the Daren Sammy National Cricket Stadium, Gros Islet, St Lucia on Thursday, 8th September.

The last year's runner-ups so far had been in their coffins this season. They lost both the matches they played this season. SLK lost their last match against BR by 11 runs with the DLS method applied due to rain interrupting the rain. BR while batting first posted a 163-run target with Mark Deyal picking a couple of wickets for just 15 runs. Skipper Faf du Plessis scored an unbeaten 47 runs off just 20 balls to power the innings to 91/4 in nine overs but unfortunately, rain swept away their winning chances by 11 run margin.

JAM, on the other hand, finished in the fifth spot but have registered two wins in two inaugural matches so far this season. They defeated SKN in their opening clash and GUY in their latest match. Mohammad Amir has been the star pacer of the team. He has taken 3 wickets throwing away just 22 runs to restrict the Guyana-based franchise to 142 runs. Later Bradon Chase opened the run chase with 32 runs in 25 balls. Skipper Rovman Powell played an unbeaten knock of 44 runs off 38 balls to anchor his team to a four-wicket victory with four balls remaining.

The pitch at Daren Sammy National Cricket Stadium, Gros Islet, St Lucia is well balanced for both the batting and the bowling departments in white ball cricket. The Pacers will supposedly get more bounce with the new ball. The skipper winning the toss shall opt for bowling to use the pace and bounce off the surface. A score of 160 is expected to be scored in the first innings of the match.

Bradon King (JAM)- He is in sublime touch this season of the Caribbean T20 League. He scored 32 runs off 25 balls against GUY in the previous fixture. Also in the opening clash, he scored 89 runs off just 57 balls against SKN.

Faf du Plessis (SLK)- The skipper smashed an unbeaten knock of 47 runs off just 20 balls against BR in the last game, but unfortunately couldn't finish the game due to rain. His comeback will be a potential threat to his future opponents.

Roston Chase (SLK)- The seasoned all-rounder returned to playing T20 cricket after missing out on the 6IXTY and the recent T20Is series against New Zealand and India. He hasn’t been at his best but is expected to come back to his best as the tournament progresses. He scored 19 off 23 balls in the inaugural game against TKR and just 2 runs against BR.

Fabian Allen (JAM)- He was phenomenal in the last 6IXTY match, where he smashed 82 runs off 33 balls. But in this season of the Caribbean T20 League, he has scored six runs only in two matches and is awaiting a good start this season.

Alzarri Joseph (SLK)- The in-form speedster is in red-hot form and scalped four wickets against TKR in their inaugural match and two wickets against BR in the previous match. Also, he scored 29 runs off just 18 balls which is his 20-plus knock in his overall matches.

Mohammad Amir (JAM)- One of the deadliest bowlers in any league he plays. In the last match against GUY, he picked up three crucial wickets giving away just 22 runs to restrict the flow of runs.

Kennar Lewis- In the first match against SKN, he scored 48 runs off 46 balls to power the innings. It’s expected that he continues to play his crucial role in the opening pair for the rest of the season.

Shamarh Brooks is a good hard hitter and a player we can bet on. He hasn’t performed much well in the last two matches, but will surely be back in the groove for the upcoming matches in this season of the Caribbean T20 League.

JAM has come out to be more confident than any other team in this season of the Caribbean T20 League. Keeping in mind the recent poor form of SLK, the Jamaica-based franchise seems to be the favourite to win this match.