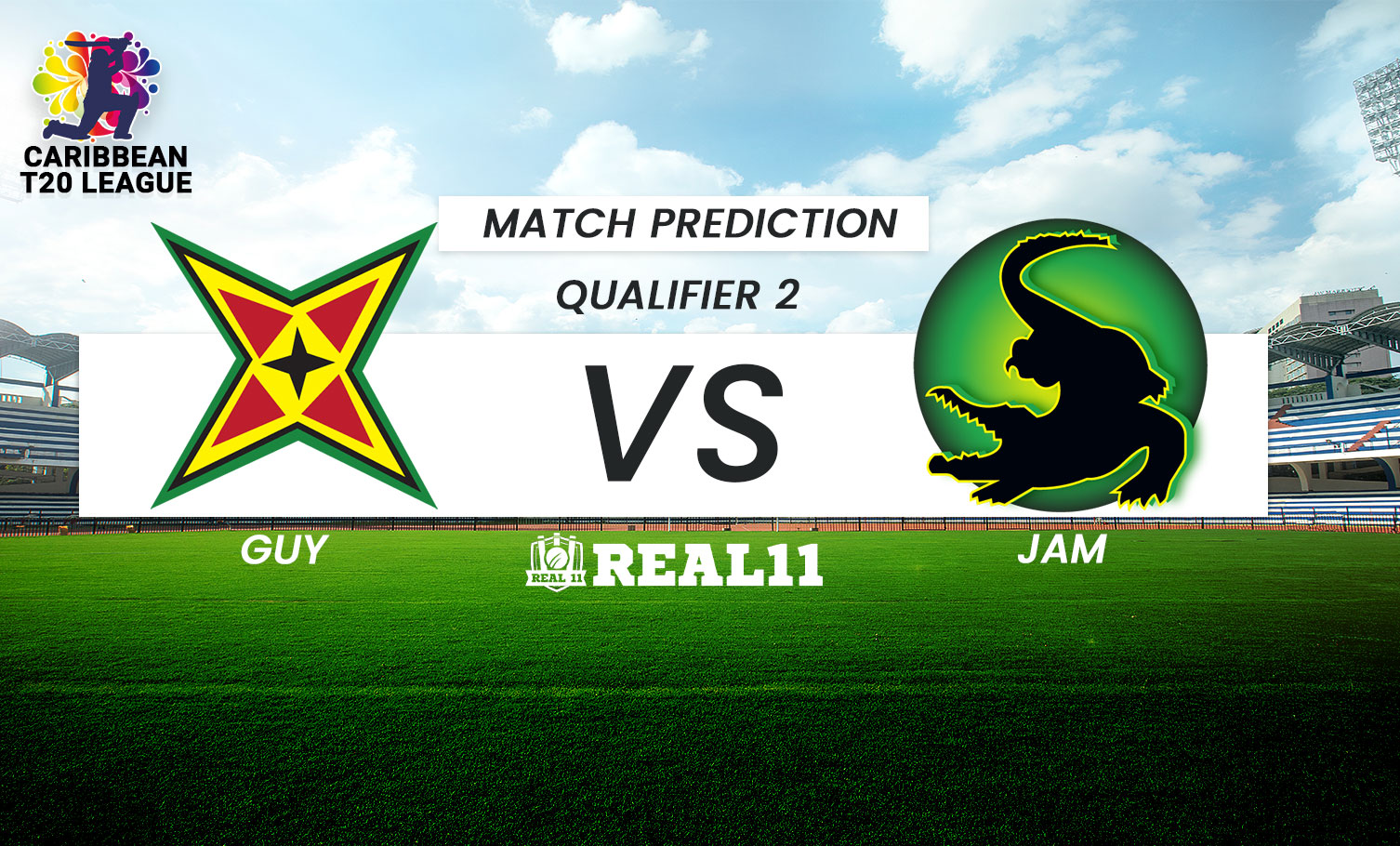 GUY are set to face JAM in Qualifier 2 of the ongoing edition of the Caribbean T20 League at the Providence Stadium, Guyana on Thursday, September 29. GUY suffered a massive defeat against the Royals in Qualifier 1. JAM on the other hand emerged victorious against the Kings in the Eliminator. They have the momentum heading into this clash.

JAM held their nerves in a thrilling encounter to knock out Kings from the tournament. They would be eyeing to carry the momentum ahead in the competition. Their big match players- Imad Wasim, Mohommad Nabi and Mohammad Amir have found their groove and are making invaluable contributions with both bat and ball in hand but it is their batting that has let them down. Skipper Rovman Powell has struggled to find the meat of the bat lately. He has done well in patches but unfortunately hasn’t been able to maintain consistency. His contribution will be key against the Warriors in Qualifier 2.

For Warriors it will all be about bouncing back after the thrashing they received against the Royals. They need to come up with a much better all round show if they harbour hopes of qualifying for the finals.

Brandon King: With 333 runs in 10 innings, the stylish batter is the third highest run scorer in the tournament.

Rovman Powell: Powell is a premier striker of the cricket ball. Although, he isn’t in the best of forms lately but we fancy him to excel in this game.

Shakib Al Hasan: Regarded as one of the best all rounders in this format. The T20 specialist has found form at the right instance. He is a crafty customer with ball in hand and a explosive batter down the order.

Imad Wasim: He took two crucial wickets in the last game. Expect him to continue his decent run with ball in hand.

Mohommad Amir: The Pakistan speedster has picked 15 wickets in 10 matches and is amongst the leading wicket takers in the competition.

Rahmanullah Gurbaz: The wicket keeper batter is yet to fire in the tournament yet but he has shown us a glimpse of his prowess as a swashbuckler at the top of the order.

Mohammad Nabi is our pick for this segment. Nabi will be heading into this confidence with a world of confidence, but besides the last tie heroics, the Afghani superstar hasn’t done much in the tournament.

Both teams will go hard at each other in an attempt to secure a spot in the Finals. We predict GUY to get the better of their counterparts and secure a hard fought victory in the penultimate fixture of the competition 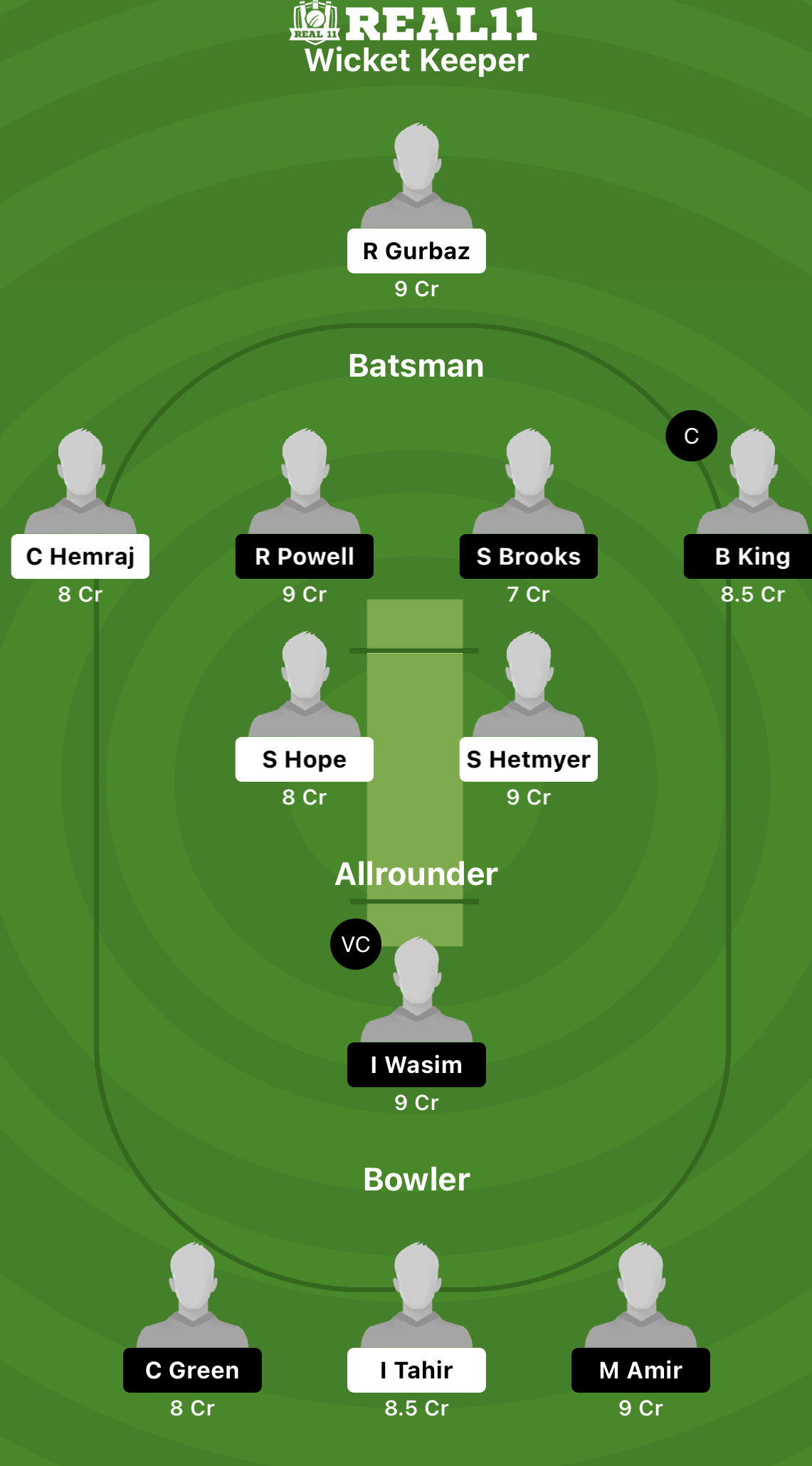