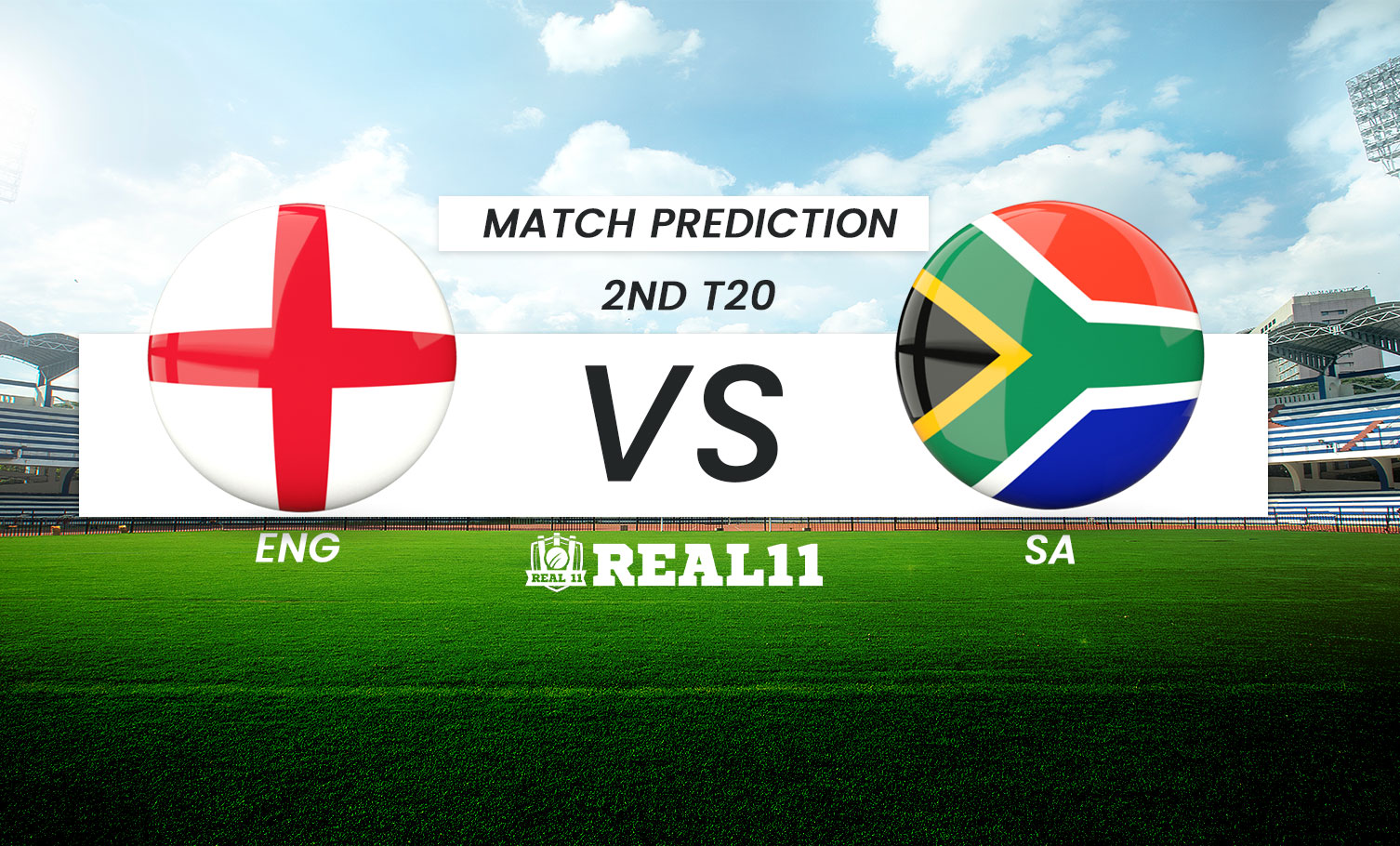 After a rollicking start to the T20I series England will look to carry forward the winning momentum ahead in the series. Batting first England put on quite a show and posted the second highest total (234) in T20I history in the opening encounter. Their bowlers then restricted the Proteas to 193, handing them a comfortable 41 run win. With already 1-0 up in the three match series, England will aim to gain an unassailable 2-0 lead ahead of the second fixture. South Africa on the other hand would hope to level the series.

England made a strong statement with a commanding start in the T20Is. It was good to see the hosts back at their absolute best, especially after their disappointing show against India. In the previous game after being asked to bat first, Jos Butler straightaway took the attack to the opposition skipper and smashed him to all parts of the ground before his fiery 7 ball 22 cameo was ended by Lungi Ngidi. Jason Roy, who was watching Butler's blitz from the other end, decided to take the charge after his partner’s departure. His effort was however cut short by Ngidi’s brilliance. The lanky pacer picked two wickets upfront to put the visitors on the front foot, not for long though. Johnny Bairstow then joined the crease with Dawid Malan. The duo added 71 runs for the third wicket before Andile Phehlukwayo dismissed Malan for 43. But that didn’t fase Bairstow a bit as the swashbuckler brought up his 50 in quick time. He then shared a crucial stand with Moeen Ali to power his side to a humongous total. SA batters in reply could only muster 193 runs on the board. Tristan Strubbs quickfire 28 ball 72 and Reeza Hendriks calculative 33 ball 57 kept the visitors in check. The total however proved too big even for the mighty SA. In the bowling department. Richard Gleeson despite being a touch expensive was England’s pick of the bowlers. He ended the game with match figures of 3/51.

South Africa were outplayed by England in the opening game. They were taken by surprise with England’s fearlessness on the field. Despite the loss, the visitors had a lot of positives from the game. Reeza Hendriks and Tristan Stubbs free flowing innings was one of the many good things for SA in that game. Keshav Maharaj will be hoping both the batters to carry their destructive form ahead in the series. The skipper would also be pleased with how his bowlers bowled with the new ball in the first few overs. Lungi Ngidi in particular was very impressive with his subtle and clever deceptions. He was in fact rewarded with two wickets in quick succession. The only thing which SA needs to work on is their middle overs bowling. Their bowling during the middle overs in the last game was substandard. They were way too afraid of pitching the ball up and instead kept it way too short. With the series on the line, the men in green would like to come all guns blazing in today’s clash.

The pitch at Cardiff is a little two paced. Unlike other venues in England, this is not a high scoring ground. The average first innings total on this wicket is 138.

We expect SA to bounce back in this one and level the series. SA are our winners for today’s match prediction segment. 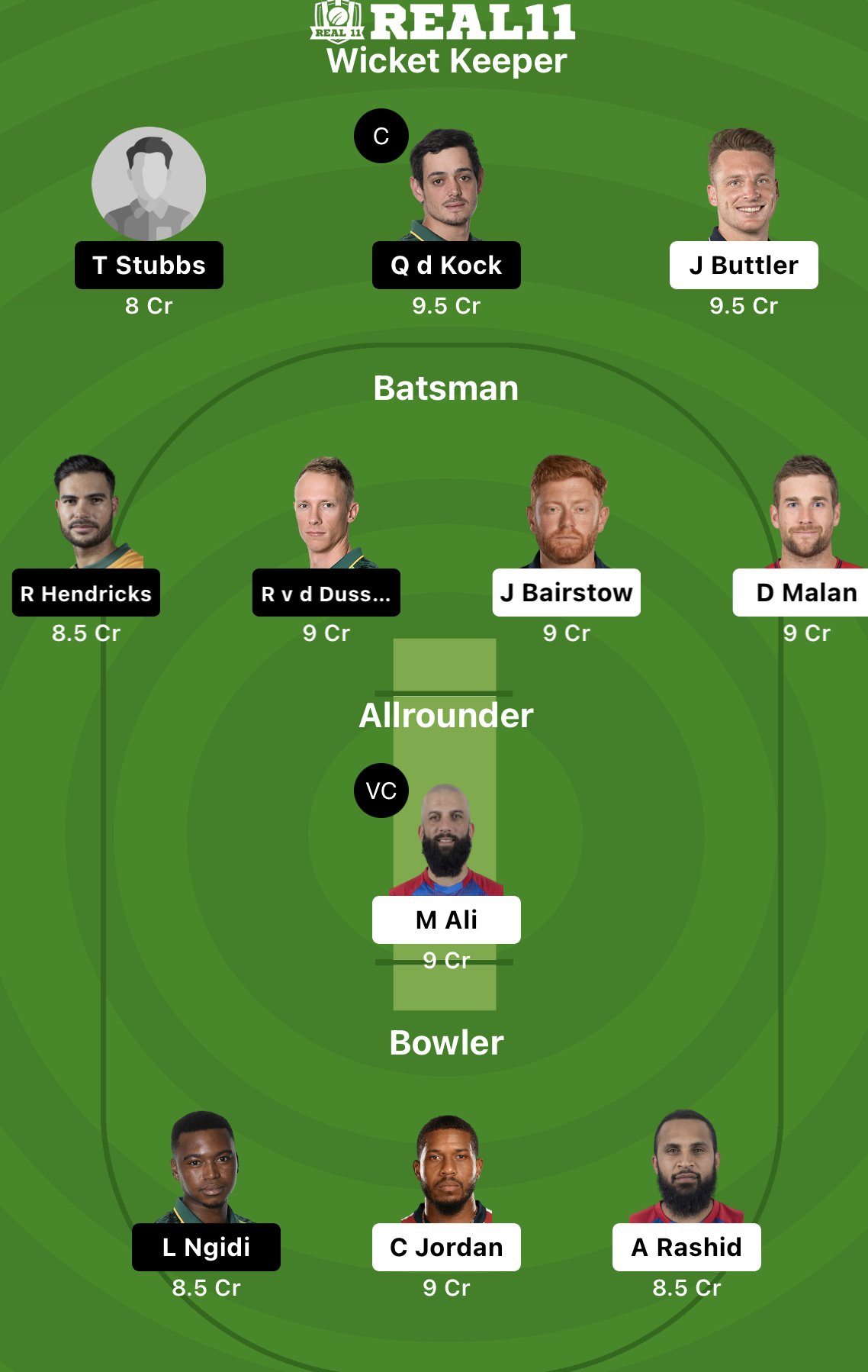