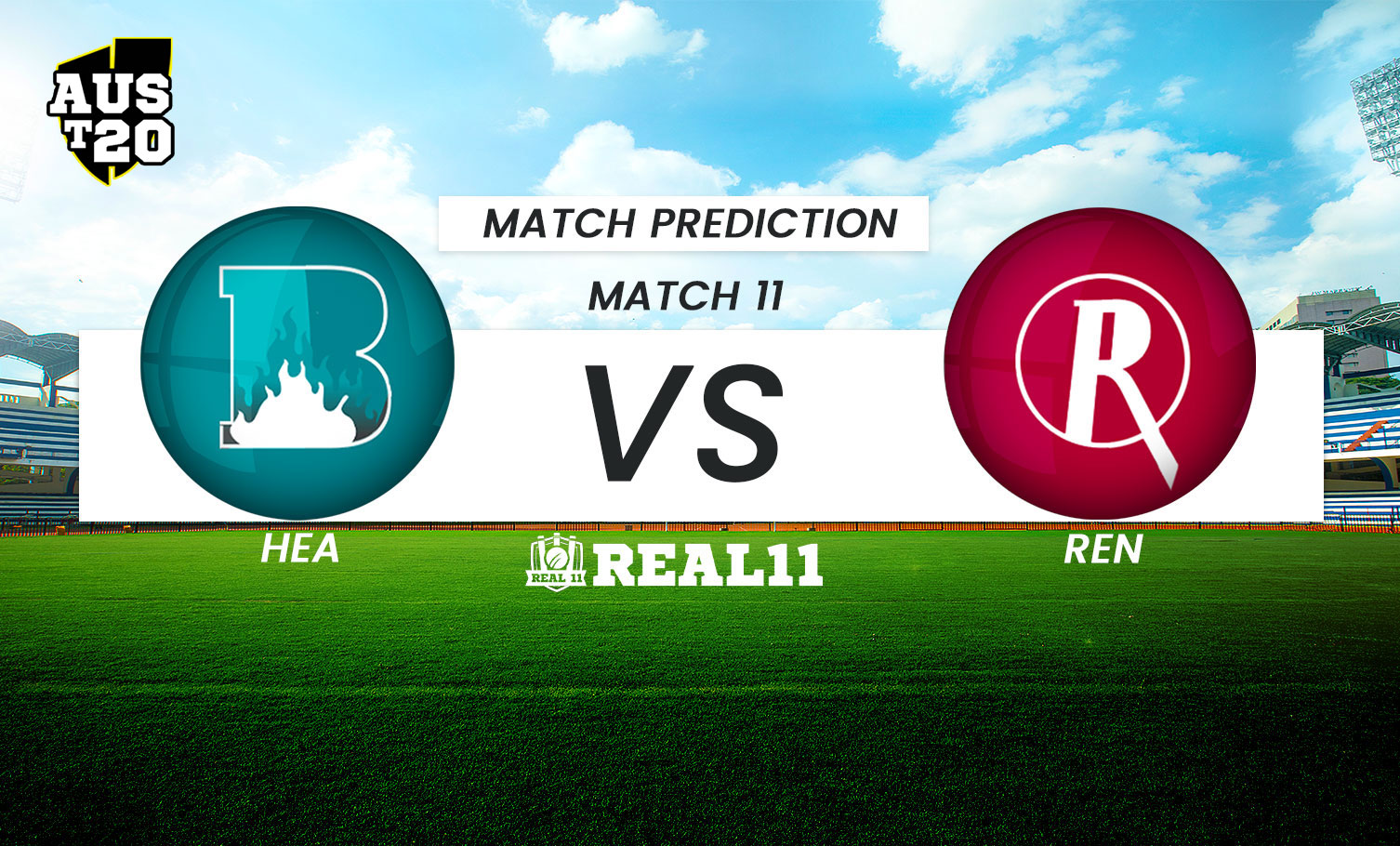 Heat will take the field against Renegades in match number 11 of the Aus T20 League 2021 on Monday, Dec 13 at the Metricon Stadium. While Heat have lost both of their previous encounters, Renegades have won one of their two fixtures so far. Both teams will be heading into this game with the intention to gain all three points to move up the league standings.

Heat will look forward to putting an end to their winless streak. They were pulverized by Thunders in their campaign opener followed by an anxious 6 run loss against Scorchers in their second game. The star studded batting lineup have failed to fire. Sam Heazlett and Ben Duckett have shown some promise with the bat. Skipper Lynn will be hoping his batting unit to come good against the Renegades. Cameron Gannon will lead the bowling attack which comprises the likes of Xavier Bartlett, James Bazley and Mujeeb ur Rahman.

With a solitary win in two games, Renegades are just a rung above Heat in the points table. They beat Strikers in their opening game then lost the reverse fixture by 49 runs. Sam Harper, Mackenzie Harvey and James Seymour were impressive with the bat in hand in their first game. Zahir Khan, Will Sutherland were the pick of the bowlers. James Pattinson and Kane Richardson also made crucial contributions with the ball. Ahead of this mouthwatering clash, let us have a look at how these two teams will fare out in today’s fixture

The surface at the Metricon stadium is a good sporting one. It is expected to assist bowlers more than the batters. Pacers need to set the tone and bowl at the right areas upfront. The team that wins the toss should look to chase while the team batting first should look to cross the 160 run mark.

We are backing Heat to get their first win of the season and get their campaign going. Heat batting is expected to fire on this track.