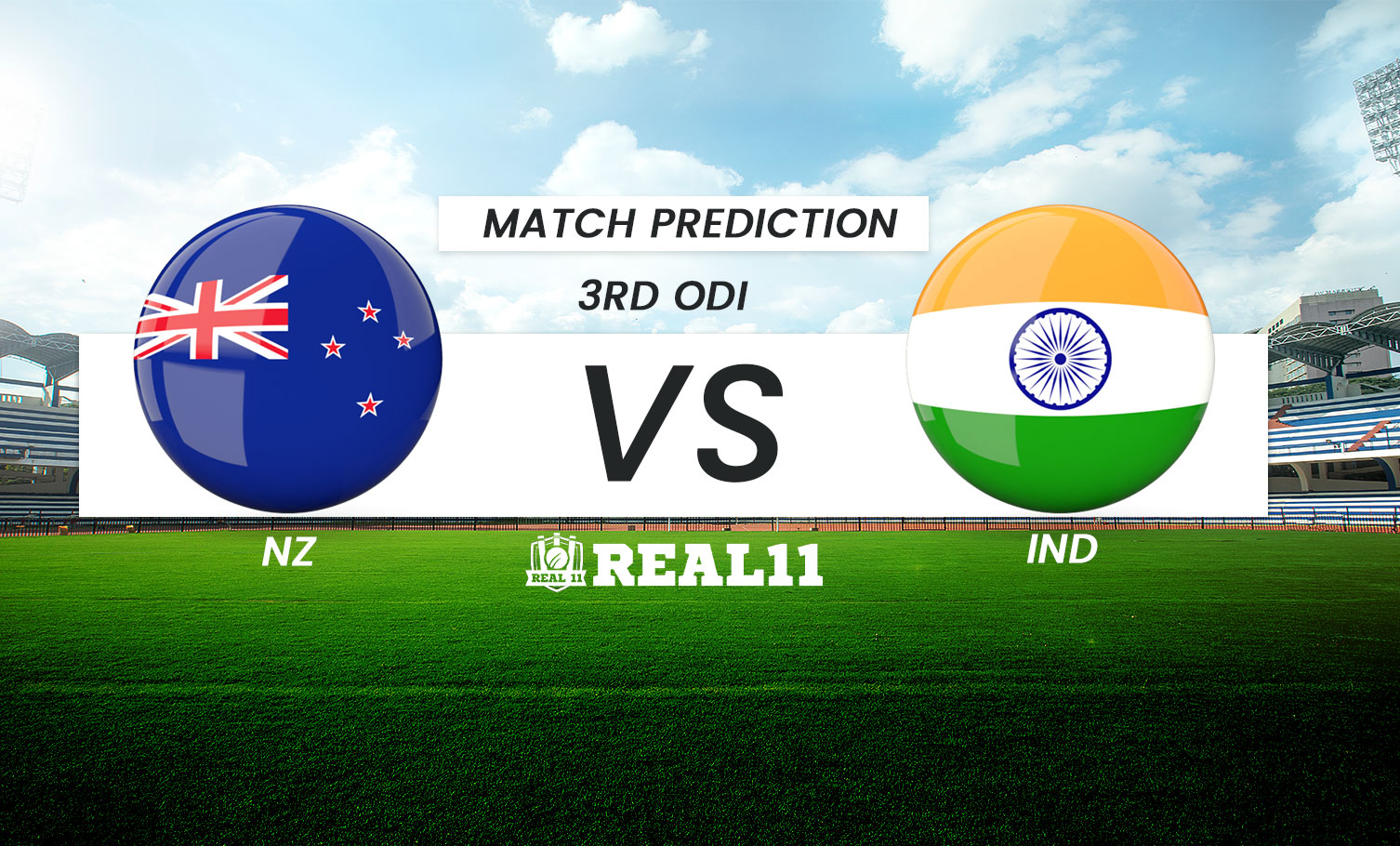 A three-match ODI series is being played between India and New Zealand, after which the host team is leading 1-0 after two matches. The second match of the series was canceled due to rain. The 3rd and final match of this tour between NZ & IND will be taking place at Hagley Oval on November 30 at 07:00 AM IST.

Indian batters have been seen in good form. Dhawan (72), Gill (50), and Iyer (80) scored half-centuries in the first match of the series. At the same time, Sundar scored 37 runs in 16 balls. The second match was abandoned due to rain, but during this also the Indian top order looked in good shape. Gill scored 45 runs in 42 balls in 12.5 overs. Then Suryakumar, batting at number three, scored 34 runs at a strike rate of 136.

The lack of experience in the Indian bowlers was visible in the ODI series. In the first match, young gun bowler Malik took 2 wickets and Thakur took 1 wicket, but the rest of the bowlers could not achieve success. The target of 307 runs was starting to look very modest due to the lack of experience of the bowlers and the Kiwi team won by losing just 3 wickets in 47.1 overs.

New Zealand batsmen are also looking in excellent form. In the first match, star wicket-keeper batter Latham played a brilliant inning of 145 runs from 104 balls, while captain Kane scored 94 runs. Apart from these, Phillips also batted brilliantly in the 20-20 WC. Conway and Finn Allen have also played excellent cricket in ODIs this year.

New Zealand bowlers have also not been able to perform very well in the ODI format so far, but despite this, Tim Southee and Lockie Ferguson have registered 3-3 wickets in the series so far. In the first match, Adam Milne also took 1 wicket, while in the second match abandoned due to rain, Matt Henry showed the way to the pavilion to Shikhar Dhawan.

The Fast bowlers can get a lot of help in the third ODI between IND & NZ in Hagley Oval, Christchurch. Strong winds are expected at Hagley Oval during the match. The seamers are likely to get a lot of help from the pitch and the weather. Although the Meteorological Department has expressed the possibility of rain in this match. This also puts pressure on the opposition team batting first after winning the toss would be considered a very right decision. The average score considered on this pitch is 280-290 while batting first.

Latham and Williamson's unbeaten partnership secured a 1-0 win for the Kiwis in the 1st ODI match against India. The Kiwi side defeated the Indian team in that match easily. The second match was abandoned due to rain. The 3rd match of the series will take place tomorrow and team India will be under pressure in this match, which the Kiwi team can take advantage of. Since Williamson's side knows that they can't lose the series from their current position either it will be 1-1 or 2-0 considering there would be no more rain. We predict NZ as the favorite in this match to win. 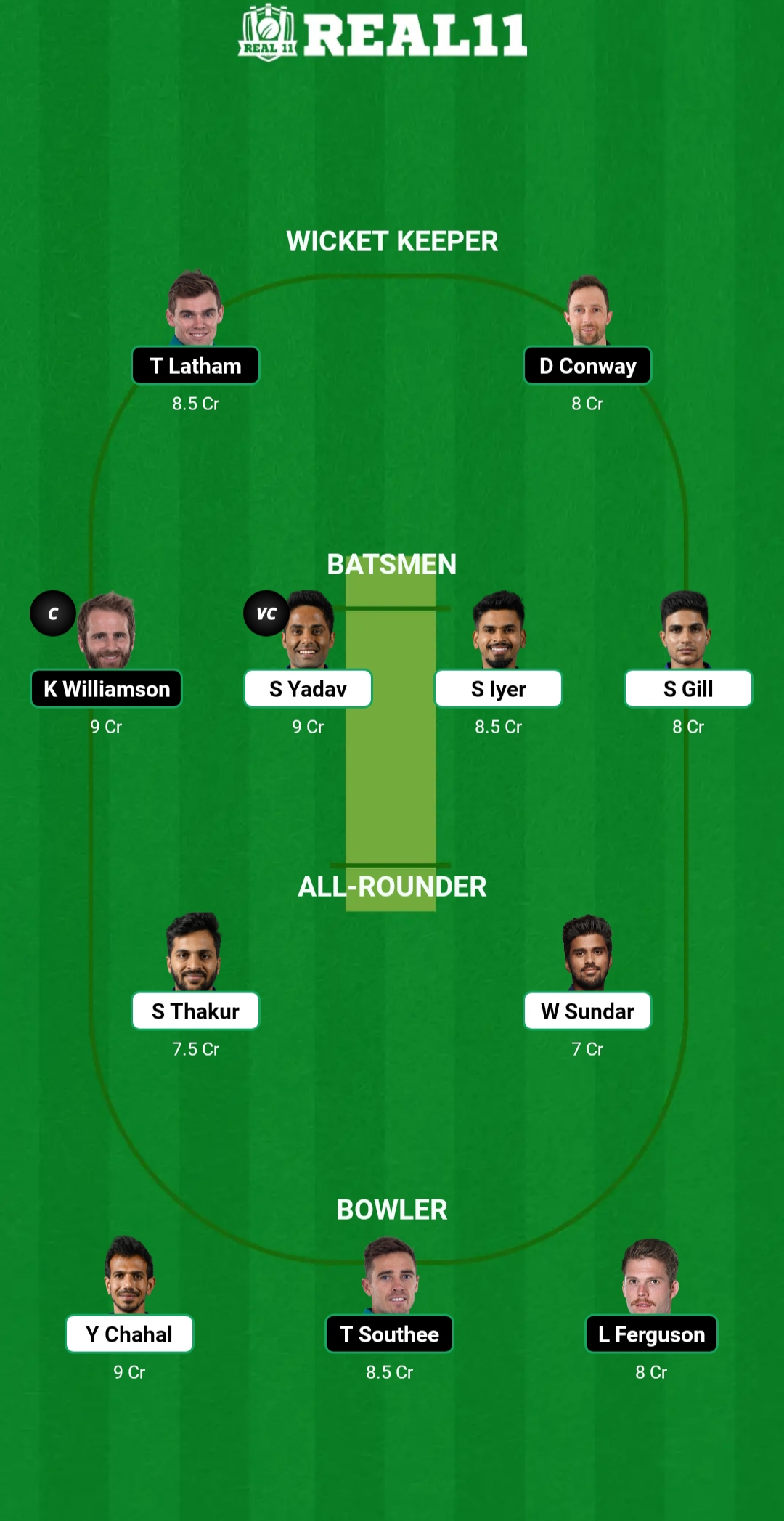