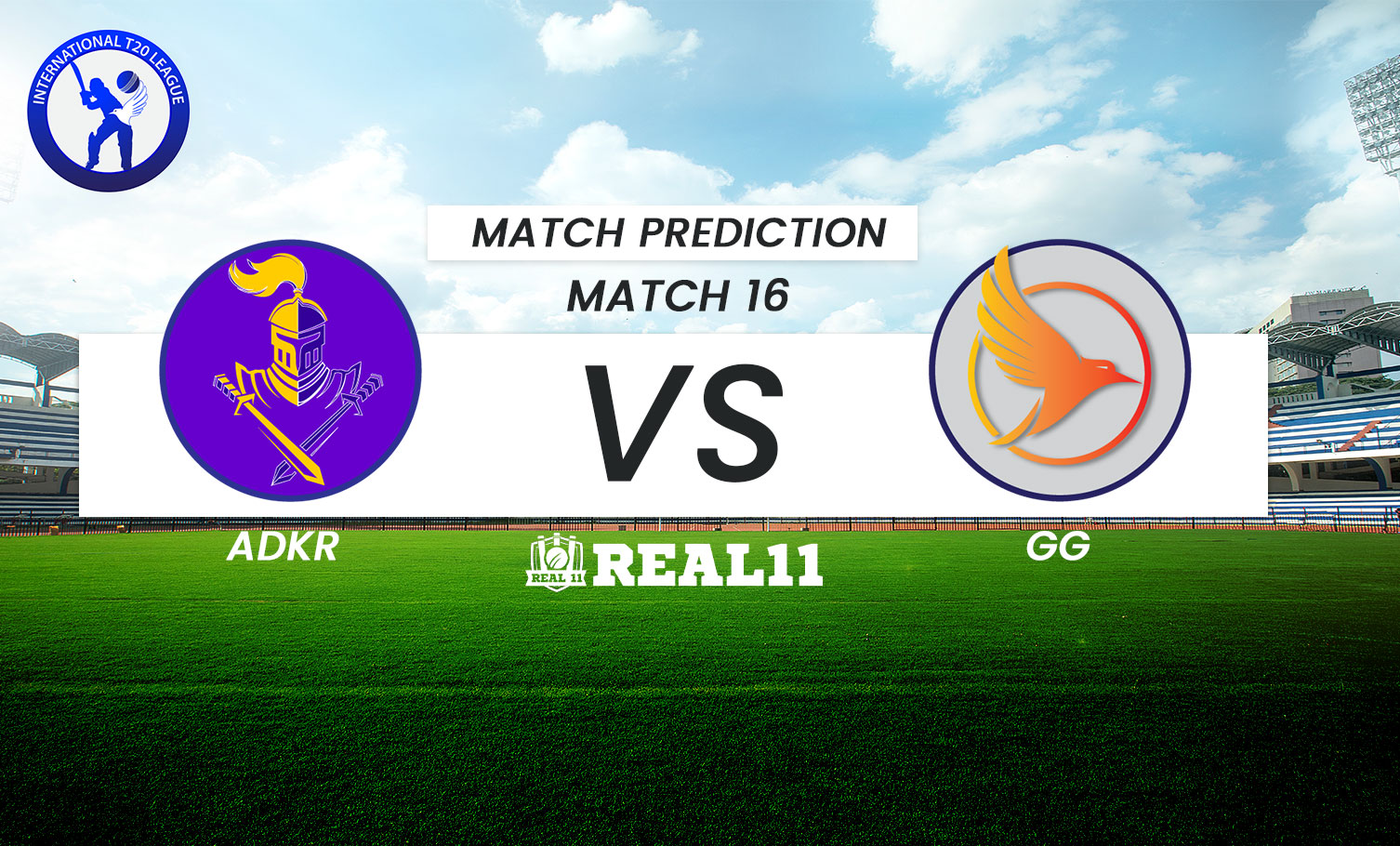 The 16th Clash of the International T20 League will occur between ADKR and GG on Wednesday, 25th January 2023, at Dubai International Cricket Stadium at 07:30 PM IST. ADKR stands at the bottom with five consecutive losses till now with an NRR of -2.854. Meanwhile, GG is utterly opposite, placed at the top of the table with four wins in five matches, having an NRR of +1.451

ADKR has yet to open its account in the league, as they lost five straight matches. In the batting department, the team heavily depends on batters King, Lewis, Asalanka, Russell, and Narine to get some big hits. But in the last match, Dhananjaya De Silva was the lone warrior for ADKR, who scored 65 in 40 balls. He got some quick assistance from Narine (28 of 18) and Asalanka (23 of 17). Russel, Narine, Hosein, and Lahiru Kumara (4-34-2 in the last match) are doing their job well in the bowling department.

GG has done everything right in the tournament till now. However, after four consecutive wins, they lost their previous match against SW by a close margin of 21 runs. Batting of GG relies on Vince, Banton, Dawson, Hetmeyer, and Lynn. Their Lower order is contributing impressively too. Chris Jordan and David Weise are some bowlers with good hitting ability.

GG’s bowling is also excellent. Richard Gleeson, Dawson, Weise, and Jordan are some fantastic names they enjoy. They can all get some early breakthroughs and take wickets in the middle phase. However, GG needs to do a little work on their death bowling.

MIE defeated the ADKR in the previous game. GG, on the other side, suffered their first league defeat. James Vince, the team's captain, will strive for the best performance against the ADKR. On the other hand, Narine and Co. will put their best to get their first win in the league.

GG defeated ADKR by six wickets earlier this season. Both teams will be eager to win the toss and want to bowl first, and keep the opposition's score below 175 runs. In most games played in Dubai, the team batting second has won.

The spinners will benefit from the wicket prepared for the match. However, the batters must remain at the crease to produce significant scores. The Wednesday game is expected to occur amid light rain and a moderate wind speed of 15 km/h in the west direction. The highest and lowest temperatures will be around 20℃ and 16℃

With the recent form, team stats, and performance, GG will likely win this game easily. They have a superb top order, including Lynn, Vince, and Gerald Erasmus. ADKR have some big names, but they constantly fail in every aspect of the game. Hence, we are backing GG to win this game. 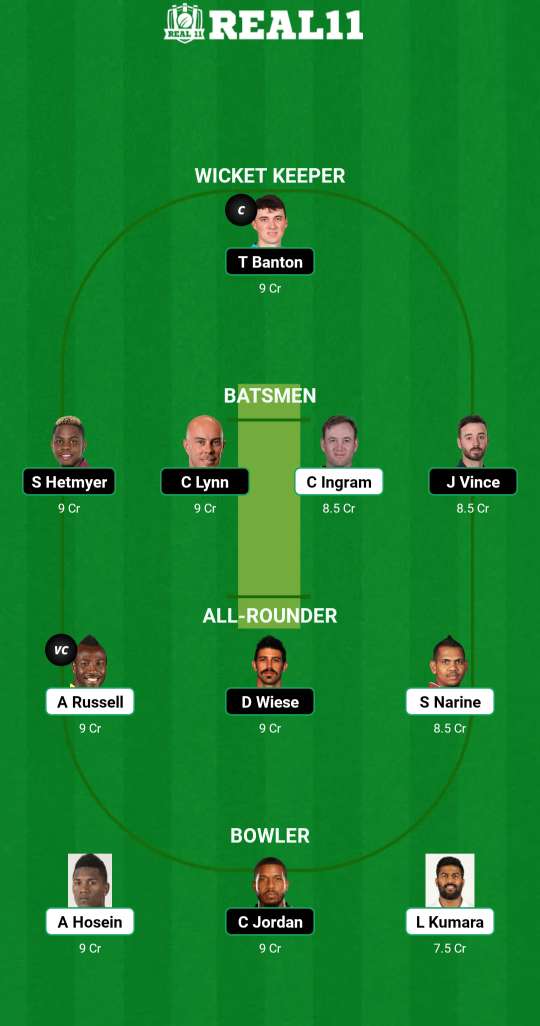