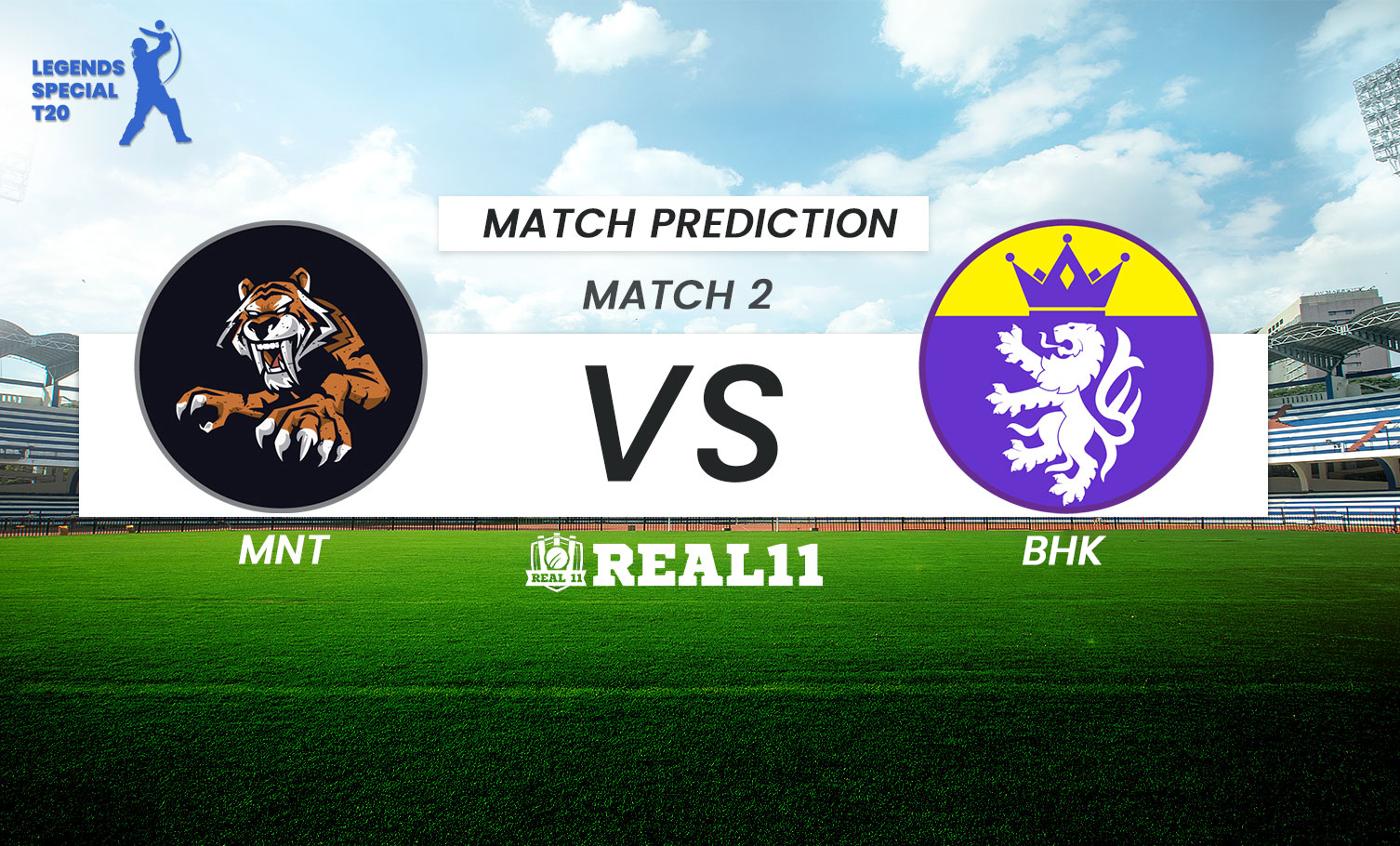 MNT will cross swords with BKH in the 2nd Match of the Legends Special T20, 2022. The match is scheduled at the Bharat Ratna Shri Atal Bihari Vajpayee Ekana CrMNTket Stadium, Lucknow on 18th September, Sunday.

Both the teams consist of legendary players who had been our childhood idols. MNT seems to have a very strong bowling side with the likes of their own skipper Harbhajan Singh along with Imran Tahir, Corey Anderson, the furious speedster Brett Lee and the legendary spinner Muttiah Muralitharan. On the other side, BKH have a seasoned batting side with players like Shane Watson, Yusuf Pathan, and Naman Ojha. They also have a quite strong bowling line-up with skipper Irfan Khan and S Sreesanth leading the attack.

It will be a fascinating contest to keep your eyes on. Both teams have talented and experienced players and they have nothing more left to prove to the world.

BKH seems to be a more balanced side than MNT in terms of both departments. We fancy BKH to win this match betting on their all-round performance and squad strength which they possess.