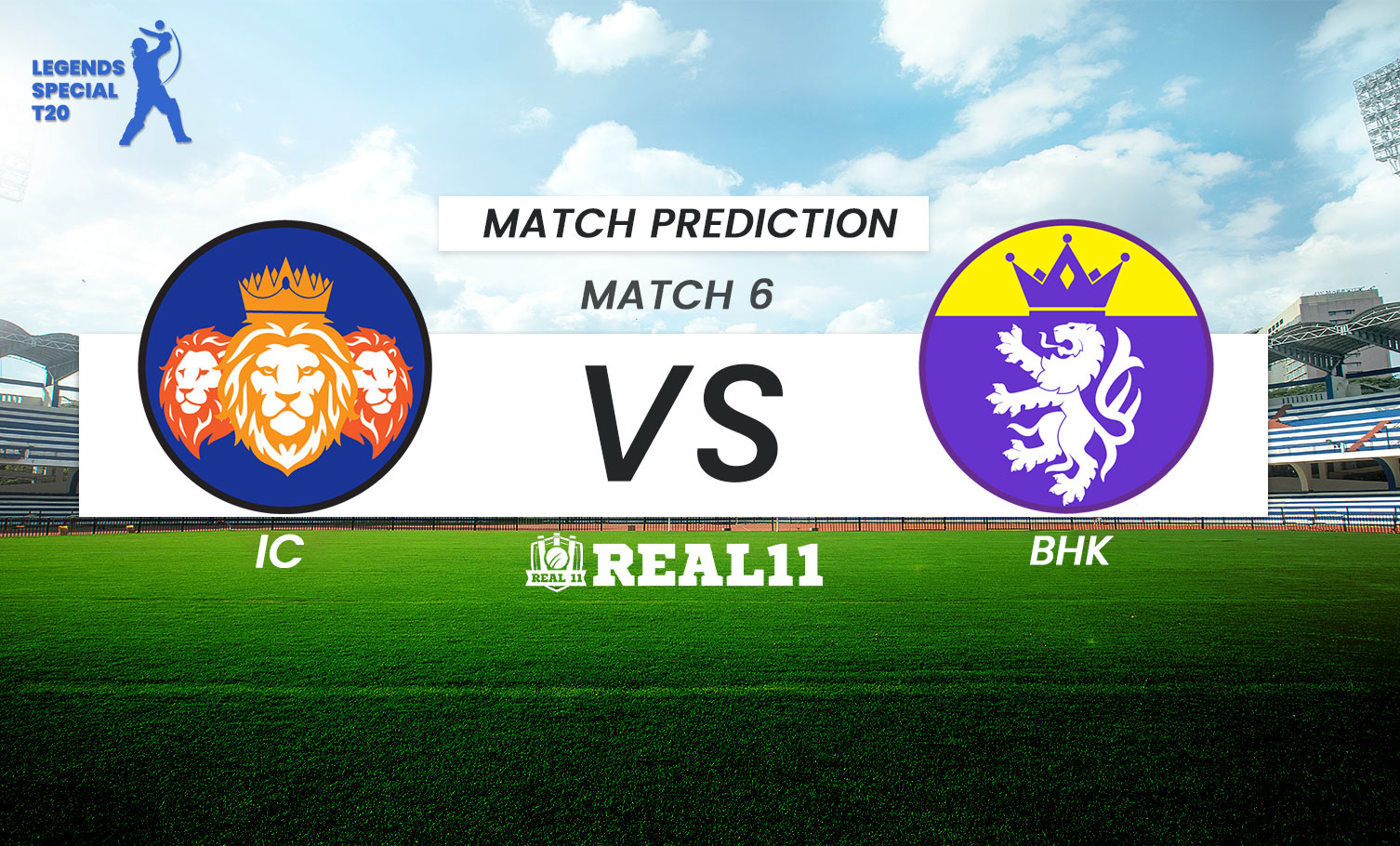 IC will pad up to face BHK in the 6th match of the Legends Special T20 2022. The match is scheduled at the Arun Jaitley Stadium in New Delhi. Both the teams have played two matches so far and won one each of those matches. The Capitals are placed in the 2nd spot on the points table just above the Kings because of their higher net run rate this season.

IC and BHK will clash with each other for the second time in this season of the league. IC won by a huge margin of 78 runs in their last meeting. Solomon Mire anchored the innings with his 82 runs off 38 balls to put up a massive target of 199 runs. Only Yusuf Pathan was successful in keeping a low economy rate and picked three wickets from the opponent’s bowling side.

Naman Ojha opened for the Kings as he scored 20 runs off 13 balls but others batters failed miserably to add runs. Only Tanmay Srivastava added another 27 runs to complete the innings at 120 runs losing all their wickets. The trio of Pankaj Singh, Pravin Tambe and Rajat Bhatia picked two scalps each to win the match by a mammoth margin of 78 runs.

The pitch at the Arun Jaitley Stadium in New Delhi is a bowling-friendly surface and the bowlers are going to write the destiny of the match. The skipper winning the toss might look to bowl first depending on the conditions.

IC are the favourites to win this match. They won against the Kings in the last match by a massive margin and they are likely to win in this match as well. All eyes will be on Yusuf Pathan once again for his tremendous bowling performance. And it is also quite clear that the bowlers will hold the key at the Arun Jaitley Stadium in New Delhi.