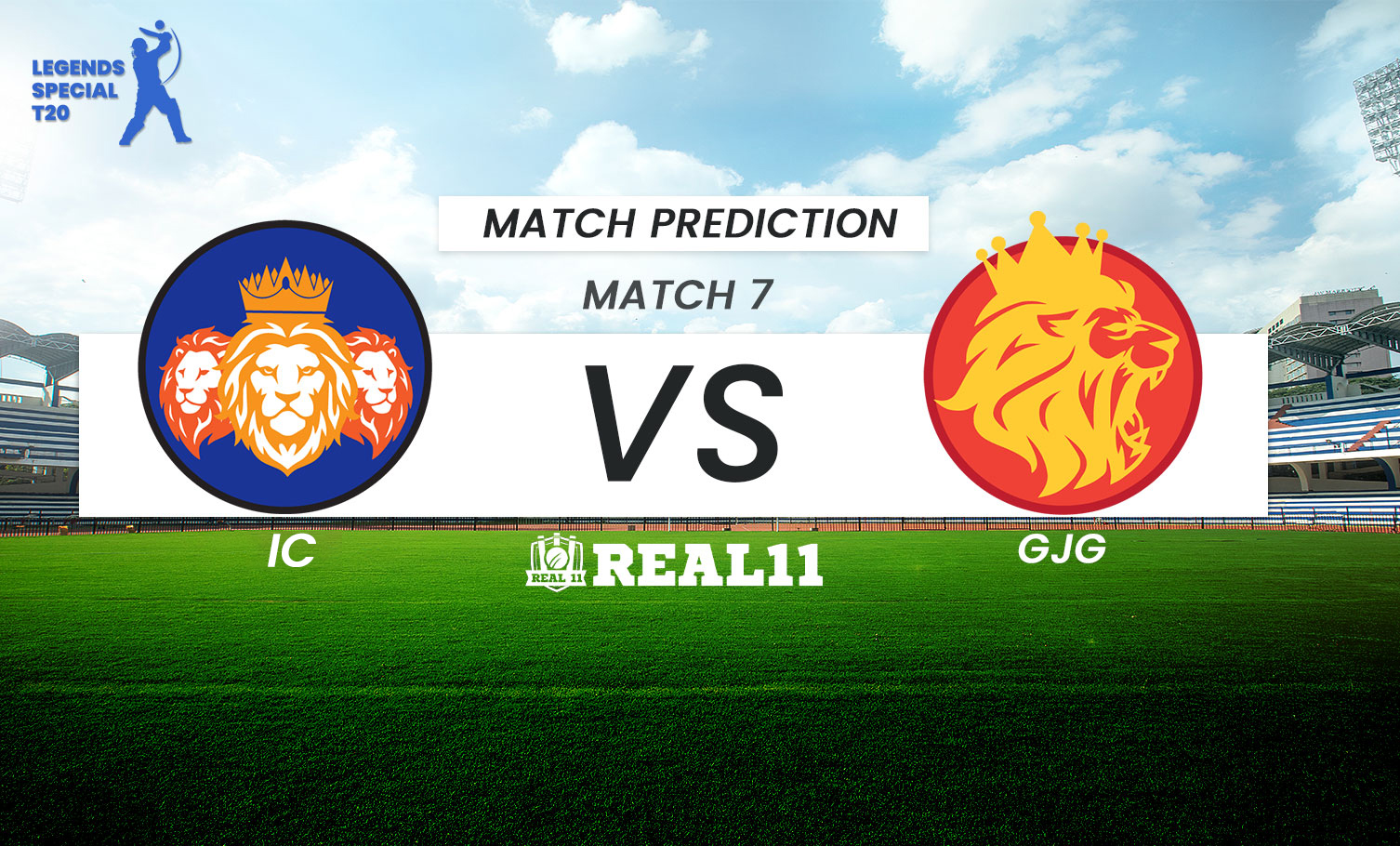 IC will clash against GJG in the 7th match of the Legends Special T20 2022. The match is scheduled at the Arun Jaitley Stadium in New Delhi.

GJG have won two out of three games so far and are ruling the league table with five points. IC and GJG will clash for the second time in the season of the Legends Special T20 2022. The Giants won the last match against the Capitals by 3 wickets. Ashley Nurse remained unbeaten at a score of 103 runs off 43 balls to anchor his team ‘The Capitals’ to a total score of 179 runs at the end of the first innings. The trio of KP Appanna, Rayad Emrit and Thisara Perera took two timber each to restrict the flow of runs.

The second innings saw another stunning century from Kevin O Brien, who scored 106 runs off just 61 balls. He along with small contributions from Parthiv Patel and Yashpal Singh led the Giants to a three-wicket victory. Only Pravin Tambe took three wickets but all went in vain as GJG went on to win the match.

Now it will be interesting to see whether the Capitals make a comeback in the second clash or will the Giants beat them for the second time in this season of the Legends Special T20 2022.

The surface at the Arun Jaitley Stadium in New Delhi is a bowling-friendly pitch and the bowlers are going to be the key players of this match. The captain winning the toss might look to bowl first depending on the pitch conditions.

GJG is a strong team with good coordination among the players. IC also have shown great dominance in some conditions in their previous matches. But looking at the current form it is expected that GJG will win this match and maintain their top spot in the points table of the Legends Special T20 2022.