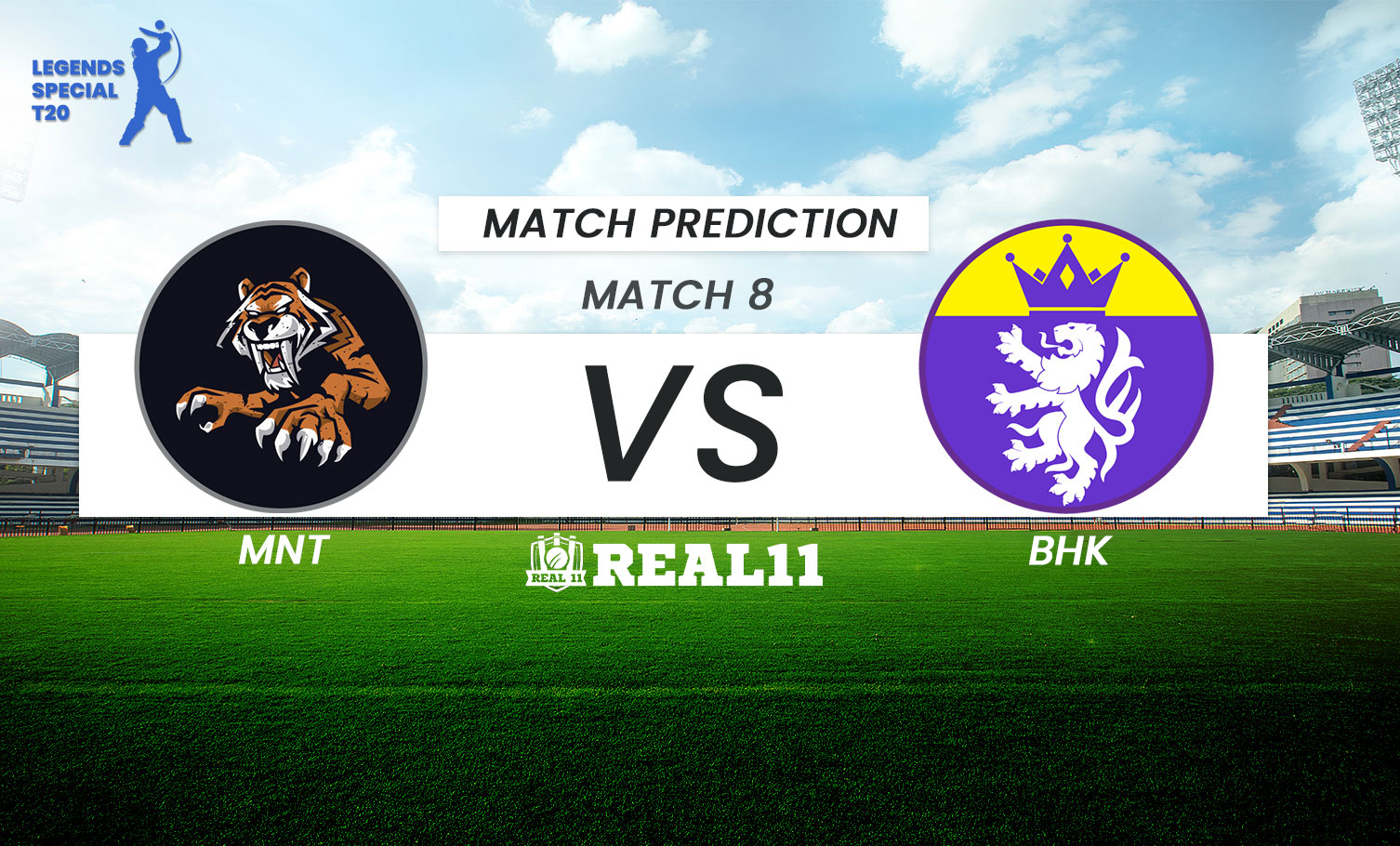 MNT will cross swords with BHK in the 8th Match of the Legends Special T20, 2022. The match is scheduled at the Barabati Stadium, Cuttack on Monday, September 26, 2022.

MNT’s previous match was against GJG which was abandoned due to rain. They lost their inaugural two matches against BHK and GJG and are now placed in the bottom position of the table with just one point in the three matches they have played so far.

BHK’s last match against IC was also washed away due to a heavy downpour. They lost against IC in their second fixture by a massive margin of 78 runs. But they won their inaugural clash against MNT by 3 wickets. They are currently occupying the third spot in the points table with three points in three matches.

The surface at the Barabati Stadium is well balanced for both the batting and bowling departments in white ball cricket. The average first innings score here is 150 runs and the team chasing the target will enjoy more success here.

BHK are a balanced team also showing signs of improvement in their gaming standards. It is expected that BHK will outclass MNT in this match.