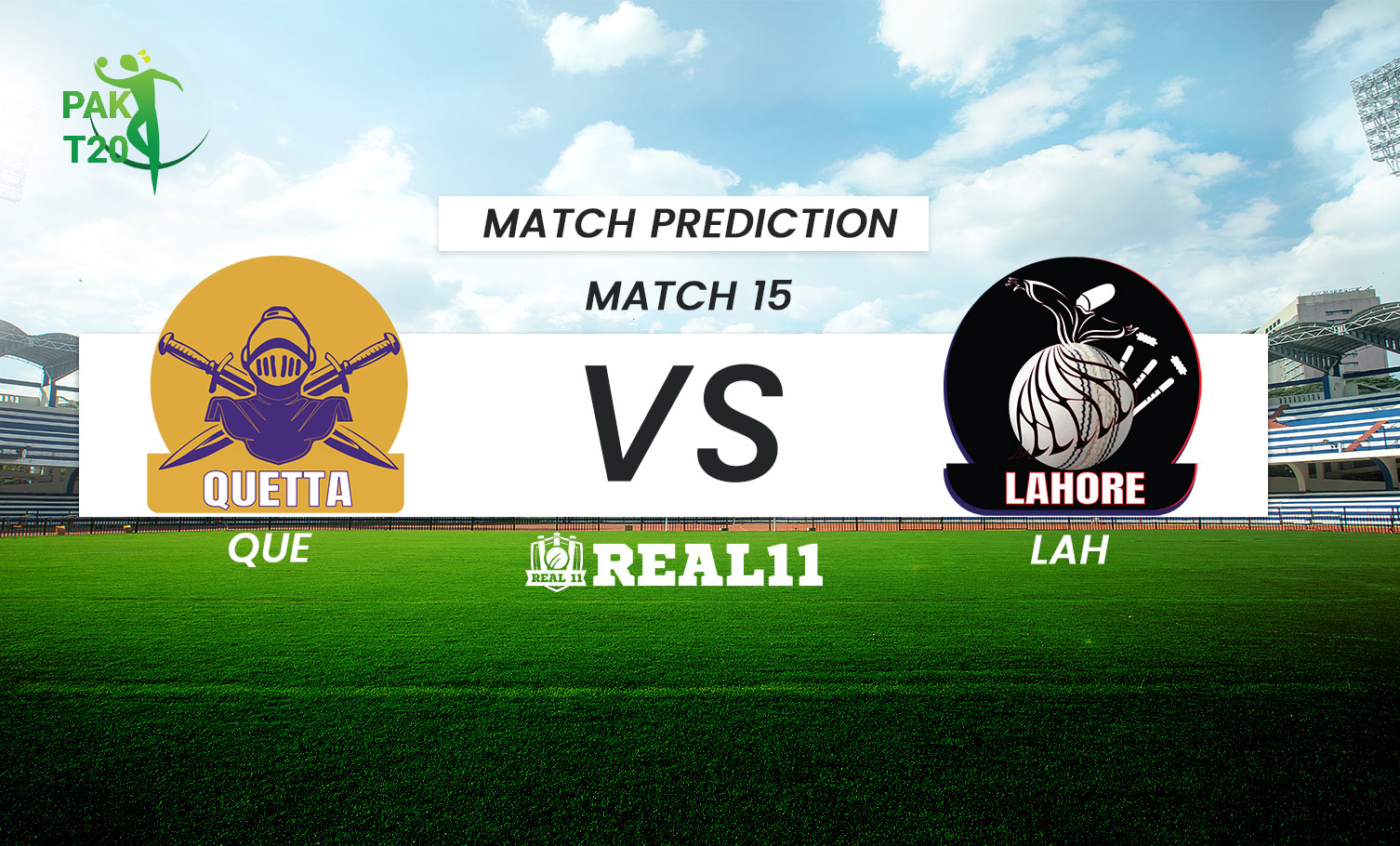 Quetta(QUE) will be battling it out against the Lahore (LAH) in the 15th game of Pak T20 League 2022 at the National Stadium in Karachi. QUE are coming off a big loss against ISL in their previous game and they have a lot to prove in this game for themselves with the business end of the tournament approaching. The absence of Mohammad Hasnain has been particularly been a massive point in the previous game and the other bowlers need to step up for the side.

Meanwhile, LAH are on a roll winning their last three games and a win here can take them to the second position in the points table. They have played some outstanding cricket in both the departments, batting and bowling and have lost just one game to table-toppers MUL so far in the tournament. Young captain Shaheen Afridi has shown so many signs of brilliance in captaincy already and is ready for the role in the future for Pakistan as well.

It has been one-way traffic for the side batting first as the teams have been easily able to defend scores in the last eight games and that should be the mantra going into this game as well. The pitch has offered some assistance for the spinners and it should be a great battle between both bat and ball. However, the captain winning the toss will ideally be tempted to bat first going by the trend and scoreboard pressure is expected to work.