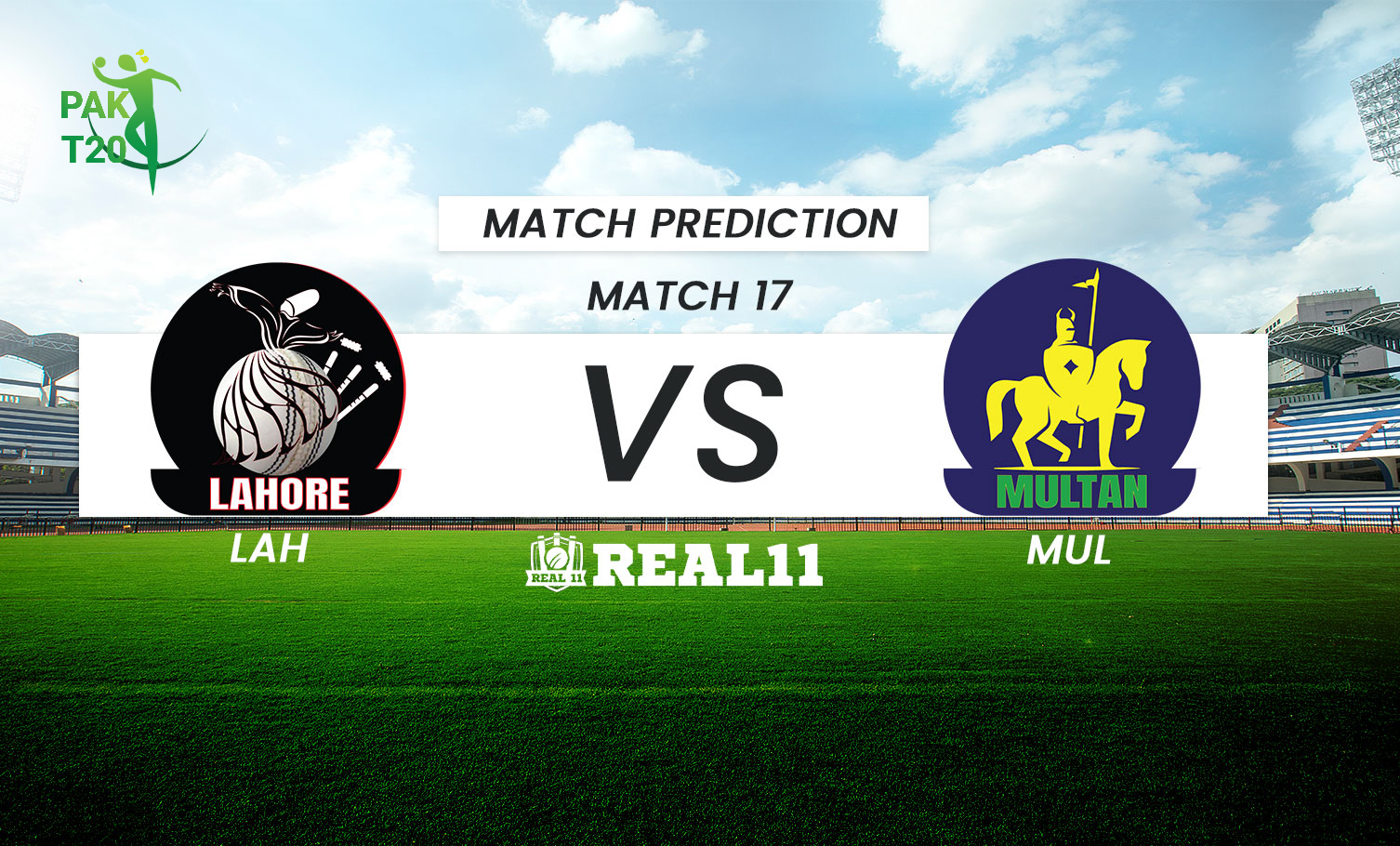 Lahore (LAH) and Multan (MUL) will lock horns in match number 17 of the Pak T20 League 2022 at the Gaddafi Stadium, Lahore. Lahore(LAH)’s 3 match unbeaten streak was ended by Quetta(QUE) on Monday. Despite scoring 204 runs on the board they weren't able to defend and lost the game by 7 wickets in the final over of the match. They need to keep ticking the winning boxes in the coming matches.

With 6 wins on the trot, Multan (MUL) are positioned at the top of the league standings. They haven’t shown any kind of nerves and have played to their fullest strengths which is providing them the results. Shan Masood is in impeccable form and adds valuable runs at the top of the order. They have almost confirmed their play-off spot and will be keen to continue their unbeaten run.

It’s a well-made surface for this format of the game with overall equal support for batters and bowlers. The pacers and spinners will get plenty of assistance from this track. It will be challenging to chase scores of more than 180 here and hence batting first seems to be a good option.

With a 100% win record, Multan are the team to beat this season. They have been in exceptional form and Lahore will need something special to put an end to their winning streak. Although Lahore lost their previous encounter, they have the necessary resources to turn things around. We predict Lahore to make good use of the home conditions and edge past the reigning champions.