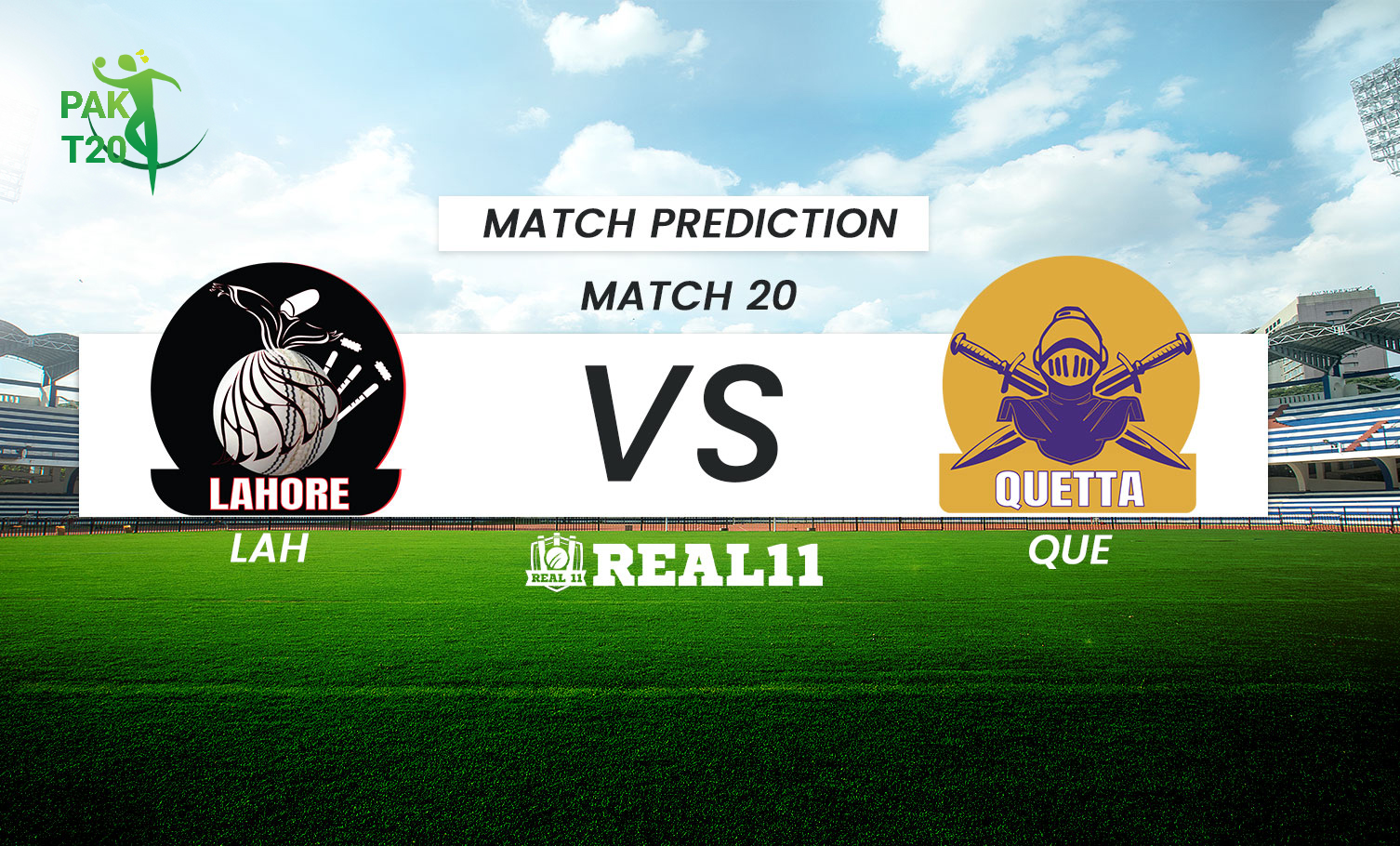 Lahore (LAH) and Quetta (QUE) will play the 20th match of the Pakistan T20 League on Sunday at the Gaddafi Stadium. Lahore have won four out of the six matches in the tournament and are placed in the second position. They defeated Multan in their last game by 52 runs. Quetta have won three out of the six games and are there in the fourth position in the points table. They have won their last two games and are looking pretty solid. The addition of Jason Roy in the top-order has helped the team a lot. They defeated Lahore in the first match between both the teams by seven wickets.

Batters have enjoyed playing at this venue because of the amount of support they have from the pitch. The ball has come nicely to the bat and several high-scoring games have been played here. The pitch has remained the same throughout the game and the same might happen in this game as well.

Lahore have a good mix of exuberant youth and seasoned campaigners in their squad. We fancy them to win this one and make it all square against Quetta in the reverse fixture.

Enjoy the cricket mania with Real11. This time we have come with a whole lot of new and exciting features for your entertainment Besides the incorporation of innovative attributes, we also provide you with the freshest deals in the town. Grab these offers, and avail for winnings upto LAKHS this cricket season. Apart from triumphing in regular contests, you’ll get the chance to win grand rewards in Second Inning, Live fantasy, and Spot Fantasy Contests. Download the Real11 app now and play along with your favourite cricket stars