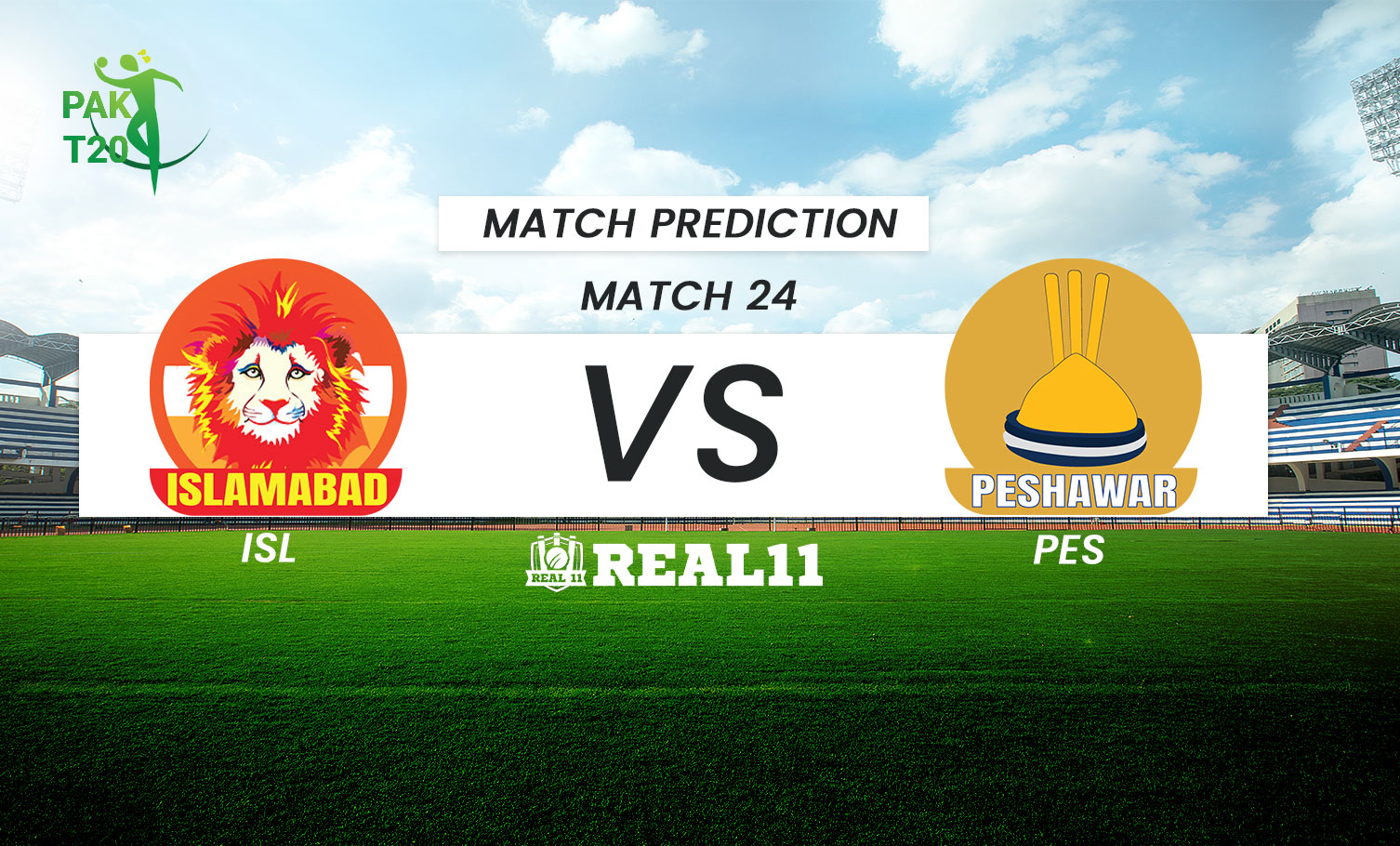 Islamabad (ISL) and Peshawar (PES) will lock horns in match 24 of the ongoing edition of the Pak T20 League at the Gaddafi Stadium, Lahore on Thursday. Both teams are battling it hard with the league phase nearing its business end and would hope to inch a step closer towards securing a playoff berth with a win. Islamabad snatched victory from the jaws of defeat against the bottom-placed Karachi in their last match and are currently placed at the third spot in the points table with four wins from seven games.

Peshawar, on the other hand, had a brilliant outing in their previous game against Quetta as they registered a 24-run victory. That win was a confidence booster for them. As of now, the Wahab Riaz-led side occupy the fourth place in the Pak T20 League 2022 points table, having won four out of their eight matches and would now be hoping to register a third straight win on Thursday. At the same time, Peshawar would also be looking to improve their net run rate, which is -0.489.

The playing conditions at Gaddafi are favourable for batters. Batsmen will enjoy playing their shots through the line. Spin bowlers will also get some assistance from the track.

Both teams possess some quality players in their ranks. While Shadab Khan and co are positioned at third, Peshawar are positioned just a rung below. If we talk in terms of current form and the number of match winners in the setup then Islamabad are ahead of Peshawar. We predict Shadab Khan’s men to come on top today.