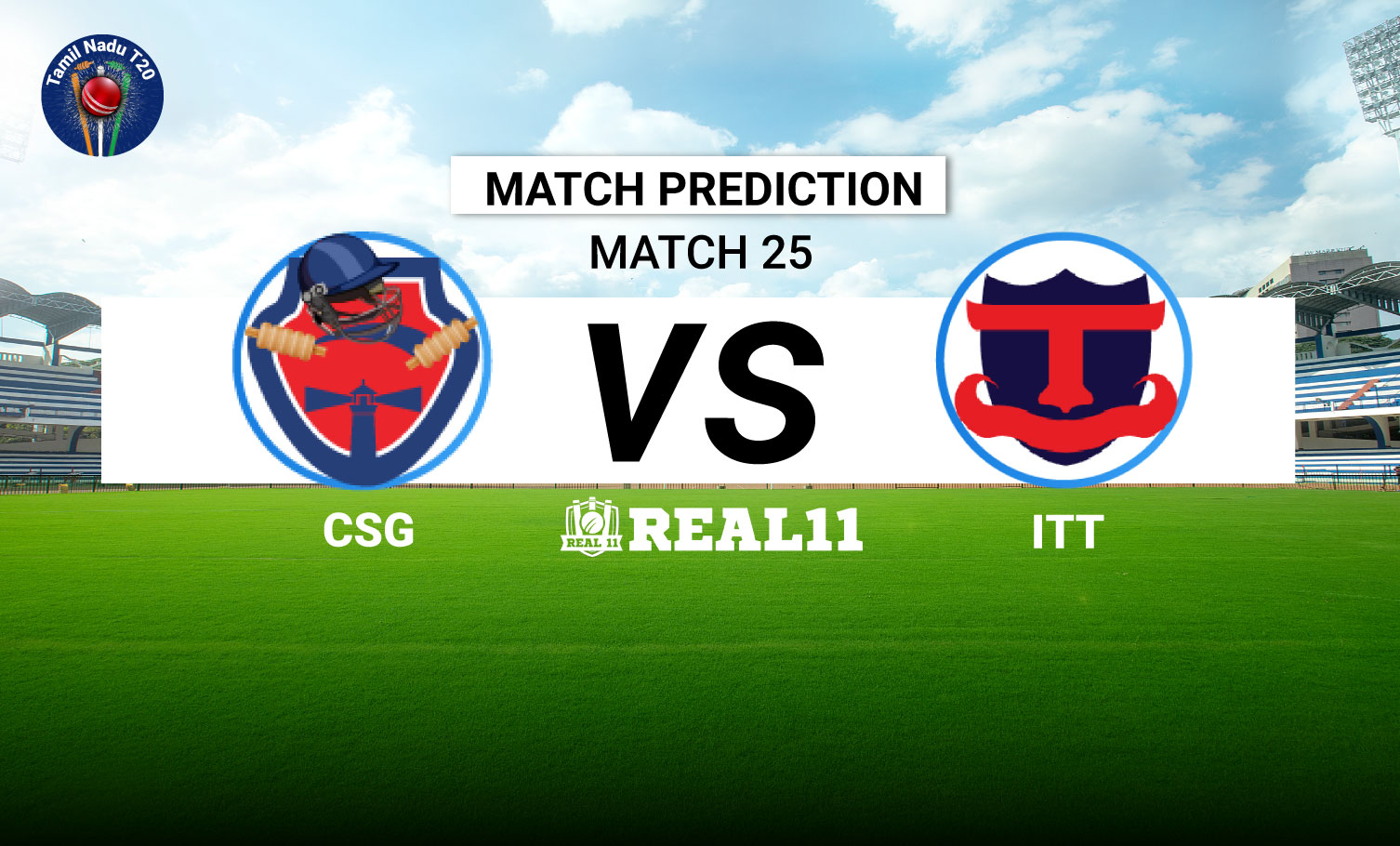 On the contrary, IDream Tiruppur Tamizhans defeated Siechem Madhurai Panthers by a huge margin of 53 runs in their previous match. ITT failed to put up a huge score on the board with Maan Bafna scoring 40 runs the highest amongst their team. But their bowling performance was really impressive as Aswin Crist and S Mohan Prasath bowled out Siechem Madurai Panthers for just 76 runs.

ITT are now in the fifth spot in the league table having six points from the opening six matches. While CSG, who lost the opening two matches are now holding the second position in the points table with eight points in six matches.

The Salem Cricket Foundation Stadium has a well-balanced pitch for both the batsmen and the bowlers. Eventually, bowlers dominated both the matches played at this stadium with an average of below 60 runs.

While IDream Tiruppur Tamizhans are expected to give a tough fight, Chepauk Super Gillies are looking as a more balanced side having a good combination of players and are the favourites to win the match.