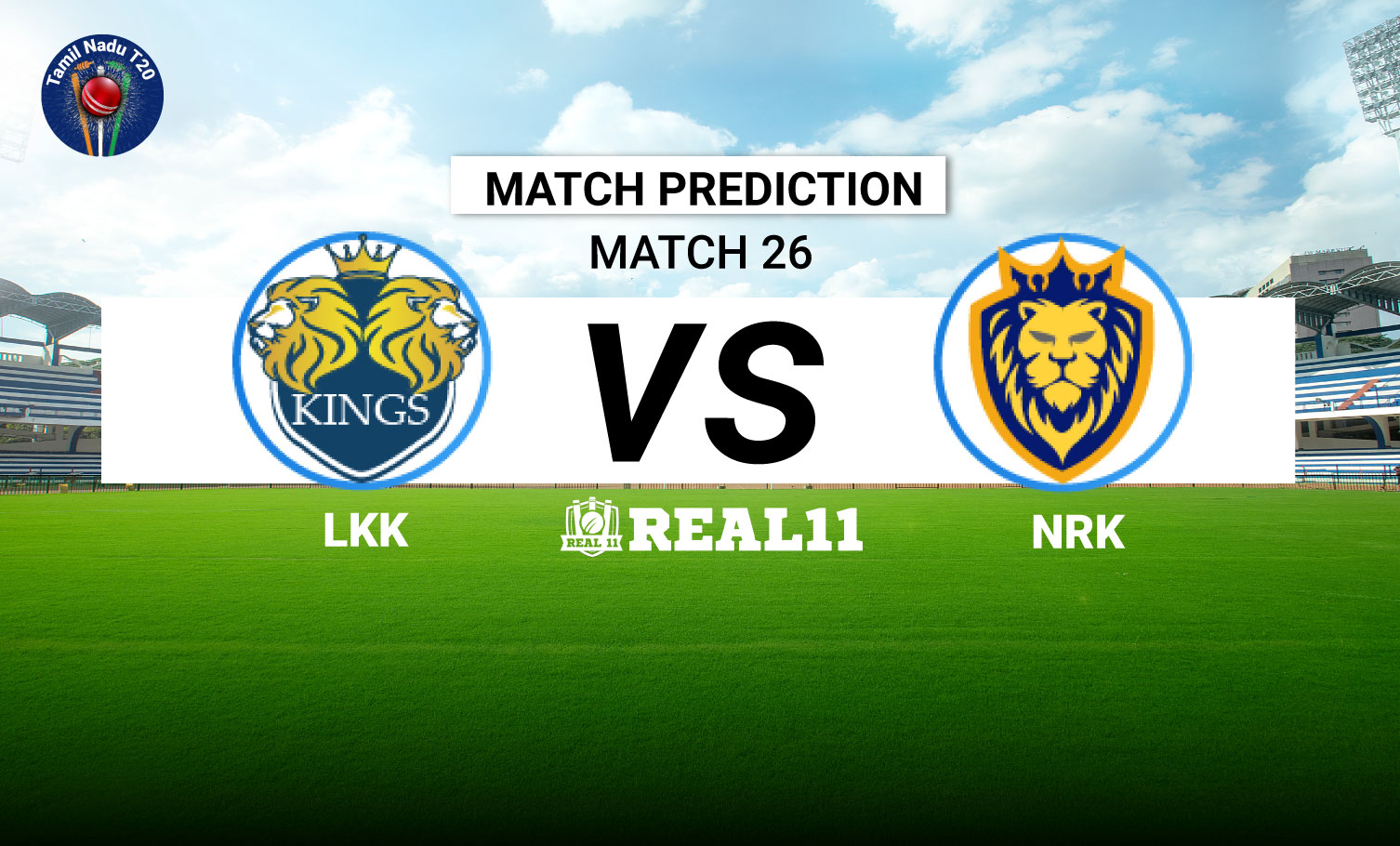 The LKK will lock horns with the NRK in the 26th match of the Tamil Nadu T20 League on Saturday, July 23. The match is scheduled to be played on the Salem Cricket Foundation Ground

LKK is having a decent season so far after equally three wins and losses in their six opening games. LKK did not have a great season last year but they turned the tables this season and are now tirelessly performing for a good performance in the Tamil Nadu T20 League. It is definitely a crucial match for LKK, as the ITT team is also standing with the same points in the chart. That is why a win from this game will give LKK breathing space. They wiped aside the 158 runs target in just 15.1 overs with  J Suresh Kumar (83* runs) and Sai Sudharsan (68* runs) playing an amazing partnership of unbeaten 151 runs. Also, Shahrukh Khan and U Mukilesh have some good cameos batting down the order.

NRK is having a perfect campaign so far this season. They are at the height of confidence that a team needs because of their unbeaten winning streak. They have won all six matches so far and are ruling the leaderboard. NRK registered a record score of 236 runs with just the loss of two wickets in the last match. The contribution of 209 runs from Sanjay Yadav (103 runs) and Baba Aparjith (92 runs) for the third wicket partnership turned out to be Sri Neranjen, Baba Aparjith, L Suyaprakash, Ajithesh, and Jitendra Kumar have chipped in for some good cameo so far this season.

The pitch at the Salem Cricket Foundation Stadium is a well-balanced pitch for both the batting and the bowling department in a T20 game. Both spinner and pacers receive good help from the pitch as the previous games conclude. We can expect a low-scoring clash here on Saturday.

NRK has been in a good rhythm in both their batting and bowling units so far in this season of the Tamil Nadu T20 League. On the other hand, LKK bowlers are performing well as a unit but the batting lineup heavily relies on Suresh Kumar and Sai Sudhersan in the batting lineup to set up a good score. We expect NRK to continue their rising graph in this match too.