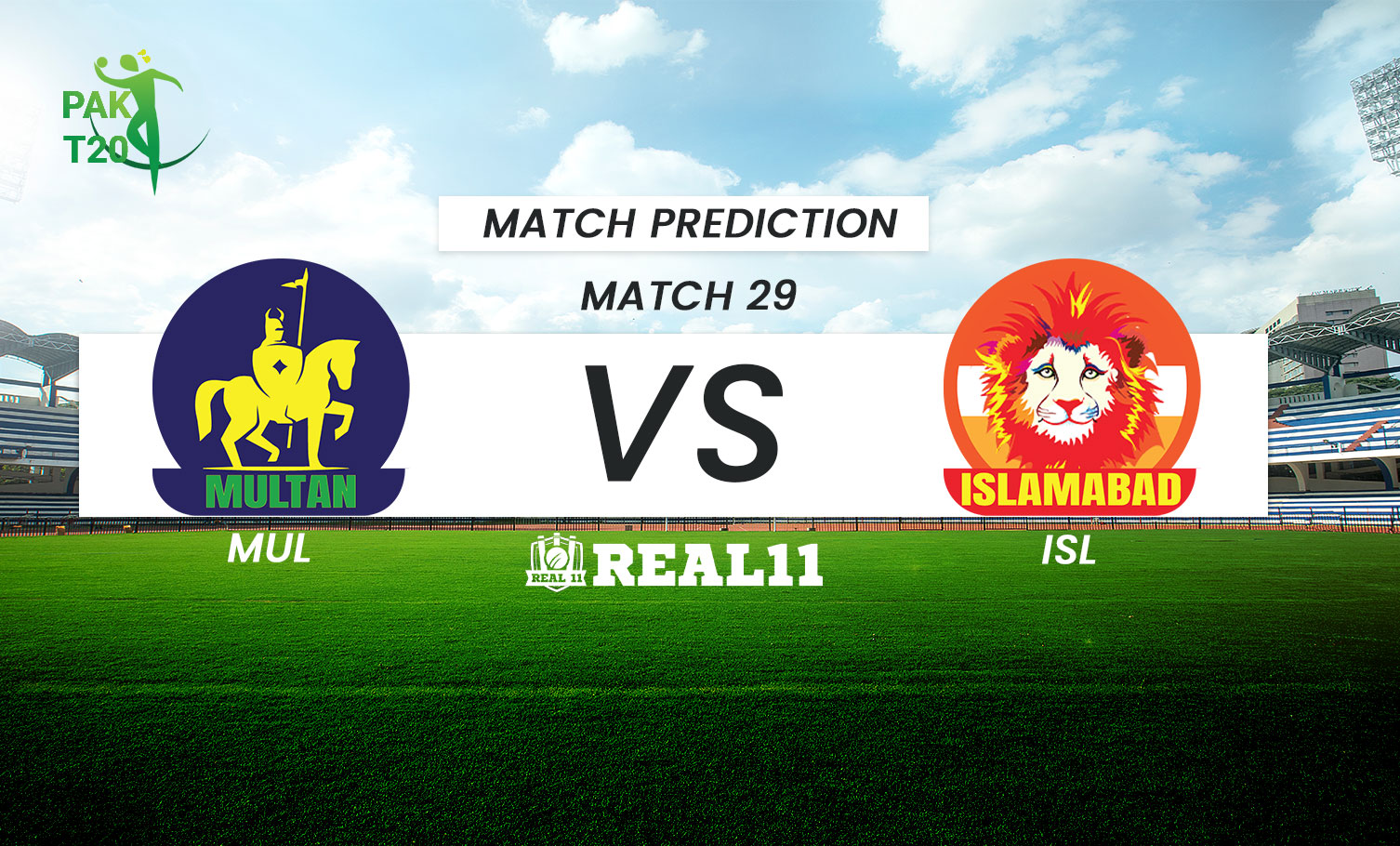 Multan (MUL) will take on Islamabad (ISL) in the penultimate league match of the Pak T20 League 2022 on Sunday. Multan have had a remarkable tournament thus far and will look to finish the league phase with a win. They have won 8 of their 9 matches and their only loss of the tournament came against Lahore. Shan Masood and Mohammad Rizwan played a massive role in the success and deserve most of the credits.

Islamabad on the other hand will be closely watching the Quetta game as both sides are fighting for the remaining one playoff spot. The absence of Shadab Khan and Colin Munro is hurting Islamabad at the moment as they lost their last two matches against Lahore and Peshawar. With 4 wins and 5 losses, they occupy the fourth spot in the league standings.

Match Prediction
Islamabad have lost their way in the last few games. They have looked unsettled and restless. Multan on the other hand have not put a foot in the tournament thus far. They have a solid batting lineup with their skipper leading from the front. Their bowlers have been equally impressive. We put our stakes and Rizwan and co.
MUL vs ISL Suggested Playing XI Real11 Fantasy Cricket