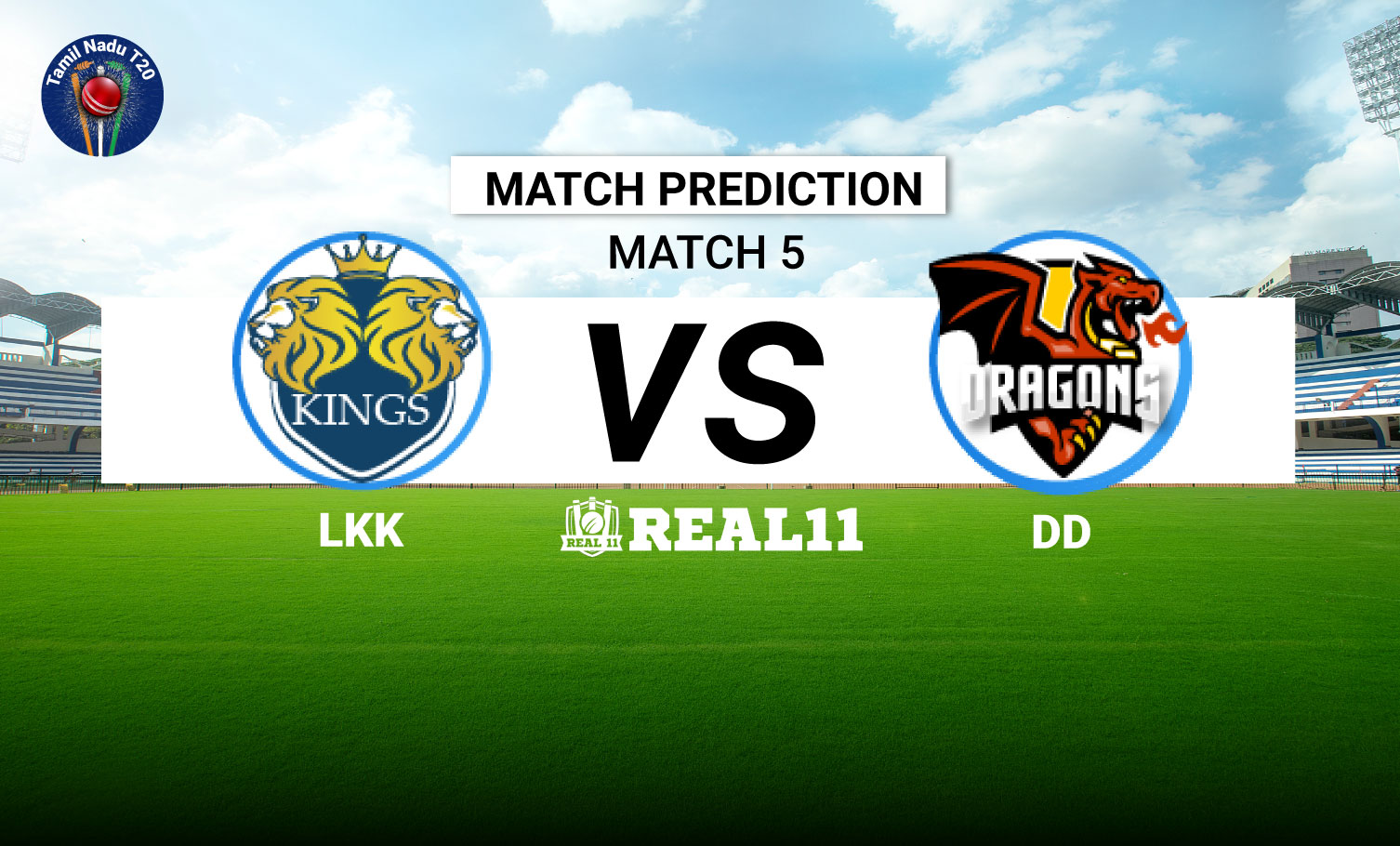 The last match was not in the favour of Dindigul Dragons as they lost to Ruby Trichy Warriors by 8 wickets. The captain Hari Nishant led the team from the front and scored 25 in 15 balls but was caught out later by Adnan Khan in the over of Ajay Krishna. When DD batters were struggling Monish and Vignesh came to the rescue. They added around 55 runs to get a total of 144 runs to the scoreboard. But who knew it wasn't enough to win, Nidhish Rajagopal and Aditya Ganesh were destructive against the DD bowlers and scored 66 and 37 respectively to register an easy 8 wickets win against the Dindigul Dragons.

Lyca Kovai Kings has speedsters like T Natarajan who has also played the Indian T20 League and has the capability to pick some quick wickets along with being economical enough. He proved his class for India and was phenomenal with Hyderabad during the start of the tournament. He can be a game changer for his side. Along with him, Shahrukh Khan can be a key batter in the side. His all-round skill will once again come handy for the side. He is known for his hitting and he’s a proven custodian in the Tamil Nadu T20 League.

The nature of the pitch mainly depends on the monsoon rain and it is an important factor affecting the match. It’s a good scoring pitch as we had seen earlier. So it is expected that the team with more fire power would be beneficial.

Dindigul Dragons finished in the third position in the last edition of the Tamil Nadu T20 League. It is expected that after their first loss they will be better prepared against the opponent Lyca Kovai Kings who are indeed playing their first match of the season.