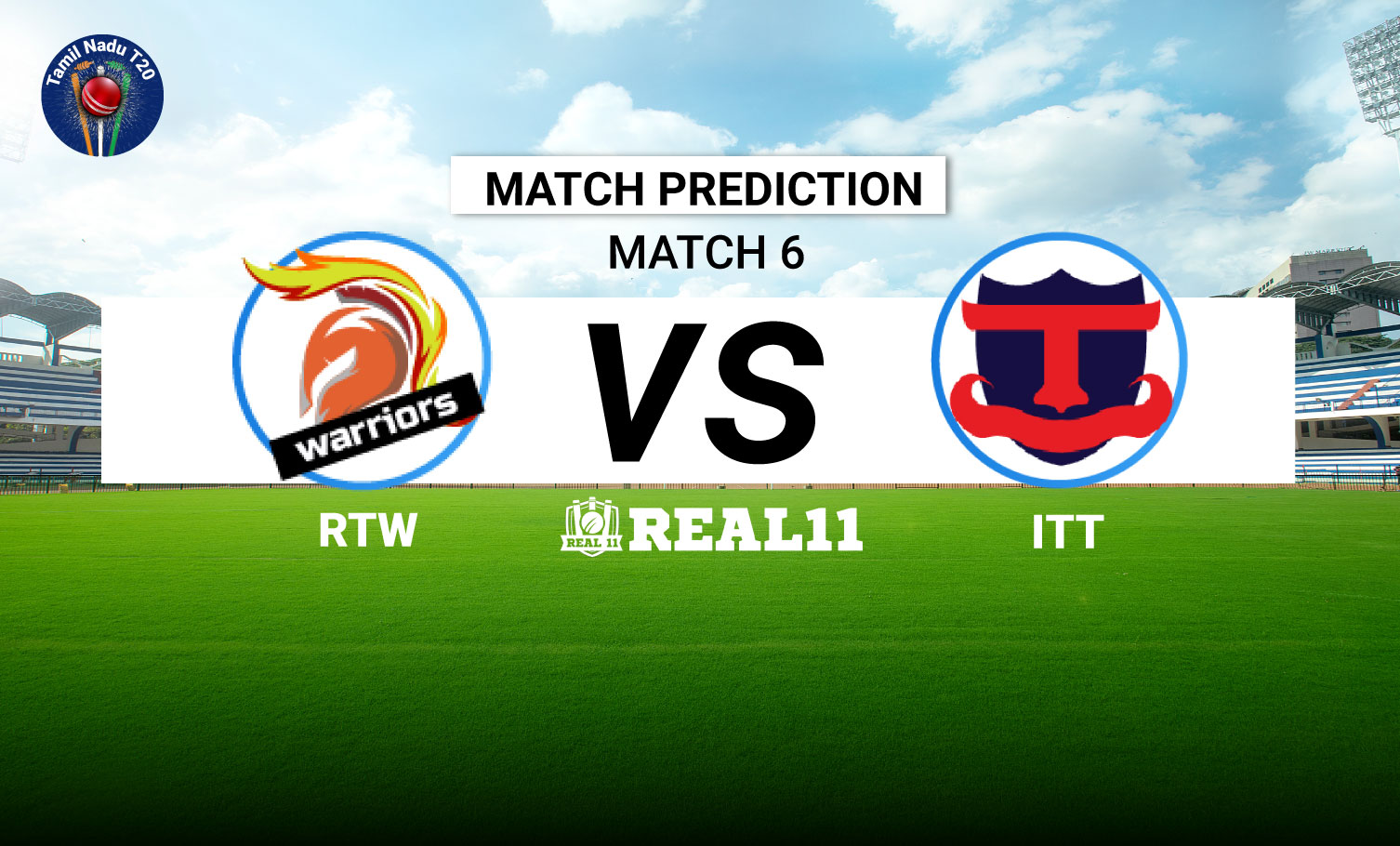 Ruby Trichy Warriors are all set to face Idream Tiruppur Tamizhans in the 6th match of the Tamil Nadu T20 League 2022. RTW has started their season with a big win against the Dindigul Dragons by a margin of 8 wickets and will expect a similar outcome for this fixture on Monday.

IDream Tiruppur Tamizhans will open their season on Monday. They have previously finished their last two seasons in the last position in the league chart, having just two wins in seven matches last year. They will hope for a positive start in this TNPL 2022 campaign.

Ruby’s Nidhish Rajagopal, the star batter was sensational last season and he continued to be in that form this season with an unbeaten knock of 64 runs off 48 deliveries in the first match against Dindigul Dragons.

Another notable mention is P Saravana-Kumar, the matured all-rounder scored 82 runs in 5 innings and took 13 wickets in 9 innings for his franchise last season.

On the other hand, IDream has Maan Bafna, the middle-order batsman who scored two fifties last season and was the only player to do so. He will look forward to replicate his performance in this season too.

ITT also has their own star all rounder namely M Mohammed who was the only player from his team to scalp 10 wicket and score 96 runs in the previous season.

Tirunevali’s pitch is demonstrating its batting-friendly nature but spinners will get help as the game slides to the middle overs. The average score is expected to be 140 runs but keeping in mind the explosive batting lineups we can expect a high-scoring clash on Monday night.

The Ruby Trichy Warriors won their opening clash in the Tamil Nadu T20 League. The IDream Tiruppur Tamizhans, however, will be playing their first match of the season against the escalated Warriors on Monday. They will have to be wide awake about the conditions to mark off a winning start in this tournament.

The Ruby Trichy Warriors look like a settled squad and have got the right combination in the tournament. They are off a winning start and are expected to replicate the same in this match with Tamizhans on Monday.