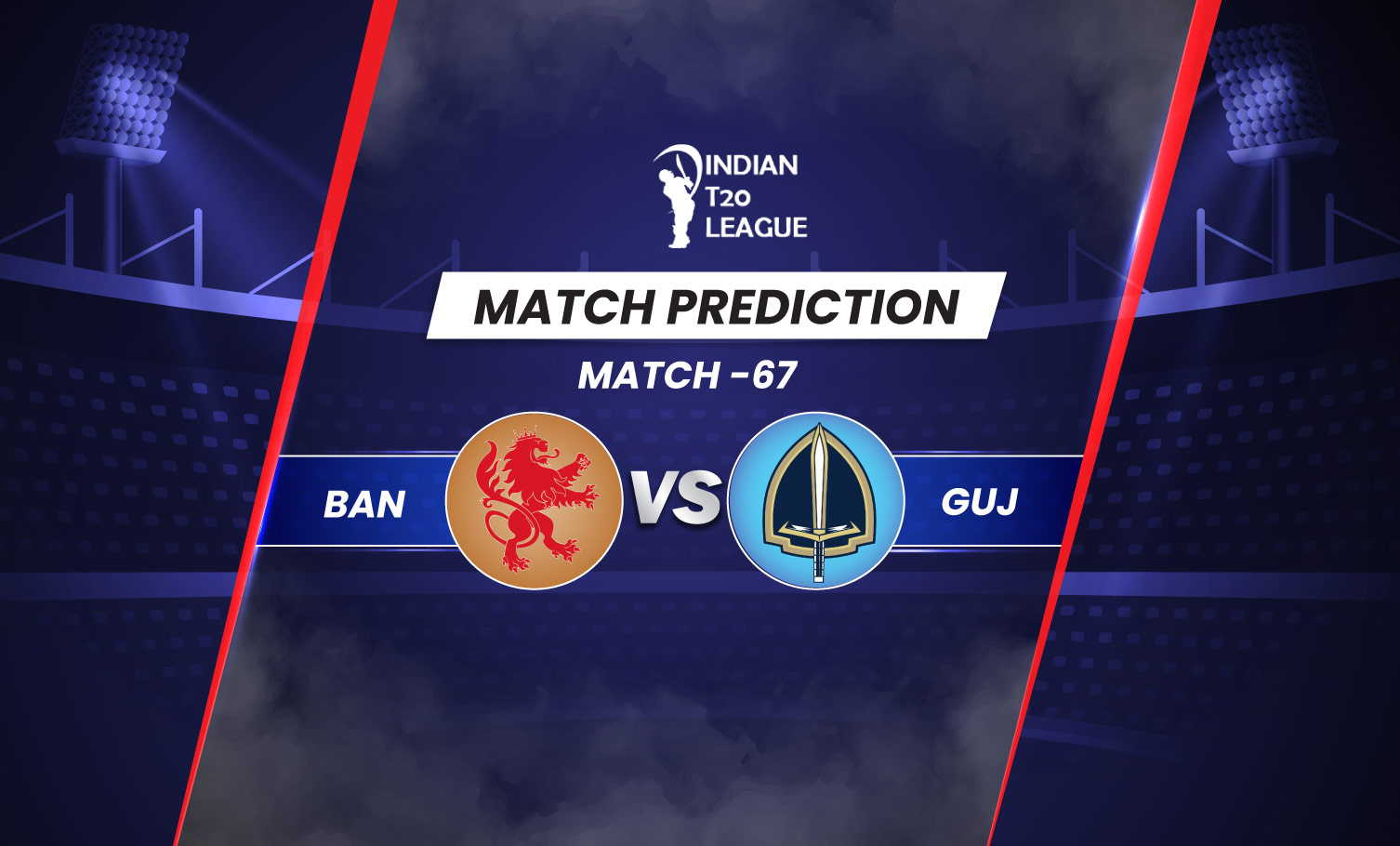 It’s a do or die game for the men in red. They will need to win this one comprehensively to boost their playoff chances. Inconsistent Bangalore will take the field against emphatic Gujarat in match number 67 of the Ind T20 League 2022 at the iconic Wankhede Stadium on Thursday.  Bangalore have had a hot and cold season thus far and are currently placed fifth in the league standings. They are tied at 14 points with Delhi but are positioned a rung below because of their poor NRR. Gujarat on the other hand are unstoppable at the moment. They are firmly positioned at the top with 20 points to their name.

Despite the dream start to their 2022 campaign, Bangalore are struggling to reserve their spot in playoffs. They have been inconsistent throughout the season and have no one but themselves to blame for the position they find themselves in. Had they defeated Punjab in their last fixture, their qualification chances would have been sky high but unfortunately the opposite happened and now Faf and co will have tremendous difficulty in achieving the improbable. In the last game, they were humbled by a rejuvenated Punjab side. Batting first Punjab posted a mammoth total of 209 courtesy Bairstow and Livingstone. Bangalore in reply fell quite a few runs short and lost the game. The problem with Bangalore has been their erratic nature. It’s not like they have a weak setup. Infact, they probably have one of the finest players in their ranks. Batting which once was their strong suit now looks a complete mess. Virat Kohli’s woeful form is a serious concern for the men in red. The former captain has aggregated just 236 runs at a substandard average of 19.36. New skipper Faf barring a couple of half centuries hasn’t done much with bat in hand. Wicket keeper batsman Dinesh Kartik and young all rounder Shahbaz Ahmed have been the only ones who have been impressive. Rajat Patidar and Mahipal Lomror have shown promise but have failed to create any considerable impact. Bowling attack looks decent with Hazlewood, Siraj, Hasaranga and Hazlewood in the mix. Although they went for plenty in the last game, we fancy them to come good against Gujarat.

Dominant, Mighty, Invincible are a few words that aptly describe Gujarat this season. With 10 wins in their bag, Gujarat have comfortably raced through playoffs. In their last game, they defeated Chennai to seal their place at the top of the table. Pandya and co are a force to reckon with. They have been solid right throughout the season and would be keen to end their campaign on a high. The batting department looks potent with the likes of Wriddhiman Saha, Shubhman Gill, David Miller and Hardik Pandya. Bowling attack packs a punch with Alzarri Joseph, Mohammad Shami and Yash Dayal in their ranks. When it comes to all rounders then Gujarat have the reliable duo of Rashid Khan and Rahul Tewatia. So, overall it is a well rounded squad which will be eager to pounce on an erratic Bangalore side.

Wankhede Stadium has traditionally been kind to batsmen. It is a high scoring ground with an average first innings total of 192. But as we have seen in previous games of this edition there is something on offer for the fast bowlers. They will get some movement during the initial passage of play

Gujarat are in red hot form at the moment. They will start favourites to win this game. However since this game can be Bangalore’s ticket to playoffs, they will come hard against the table toppers. If we were to pick one side then we will go with Gujarat considering their current form and momentum.

Faf Du Plessis is still struggling to find his mojo but we know how important of a player he is in crunch matches. We back the Bangalore skipper to do well in this game.

Wanindu Hasaranga has picked up 23 wickets in the tournament and is undoubtedly Bangalore’s this season. He is just second behind Yuzvendra Chahal in the purple cap race.

Wriddhiman Saha has been a revelation for Gujarat at the top of the order. The wicket keeper batsman has amassed 281 runs in 8 innings at an impressive average of 41.

Mohammad Shami has wonderfully led the pace bowling prowess for his side. With 18 wickets under his kitty, the 31 year old has been effective with both the new and old ball.

Virat Kohli is our pick for this segment. The former skipper is having a torrid 2022 with just a solitary half century in 13 innings. Neither has he been able to rotate the strike at regular intervals nor play the big shots. With the playoff spot on the line, we fancy King Kohli to fire. And the kind of player he is, he needs just one good game to get back to his very best. 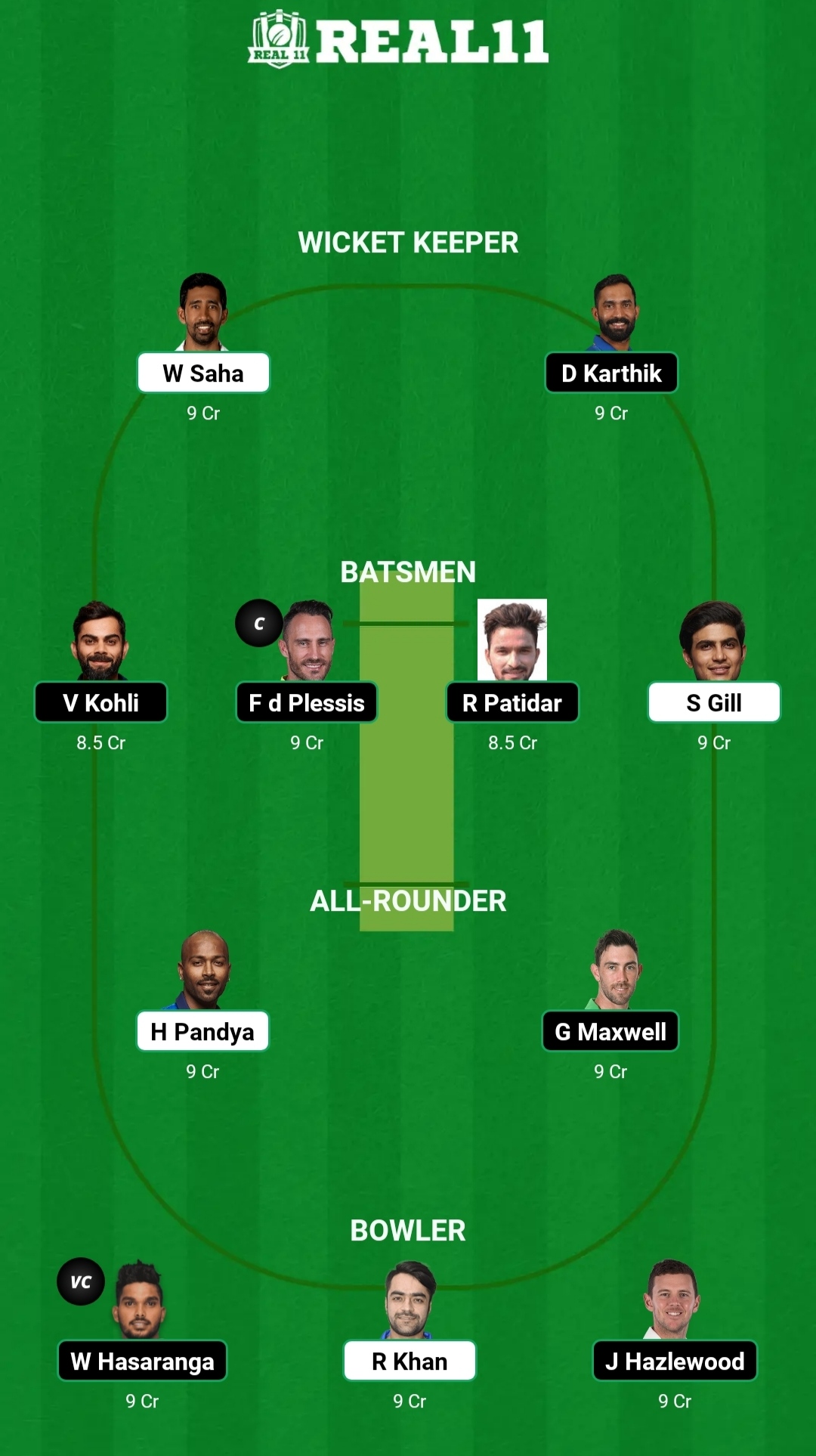 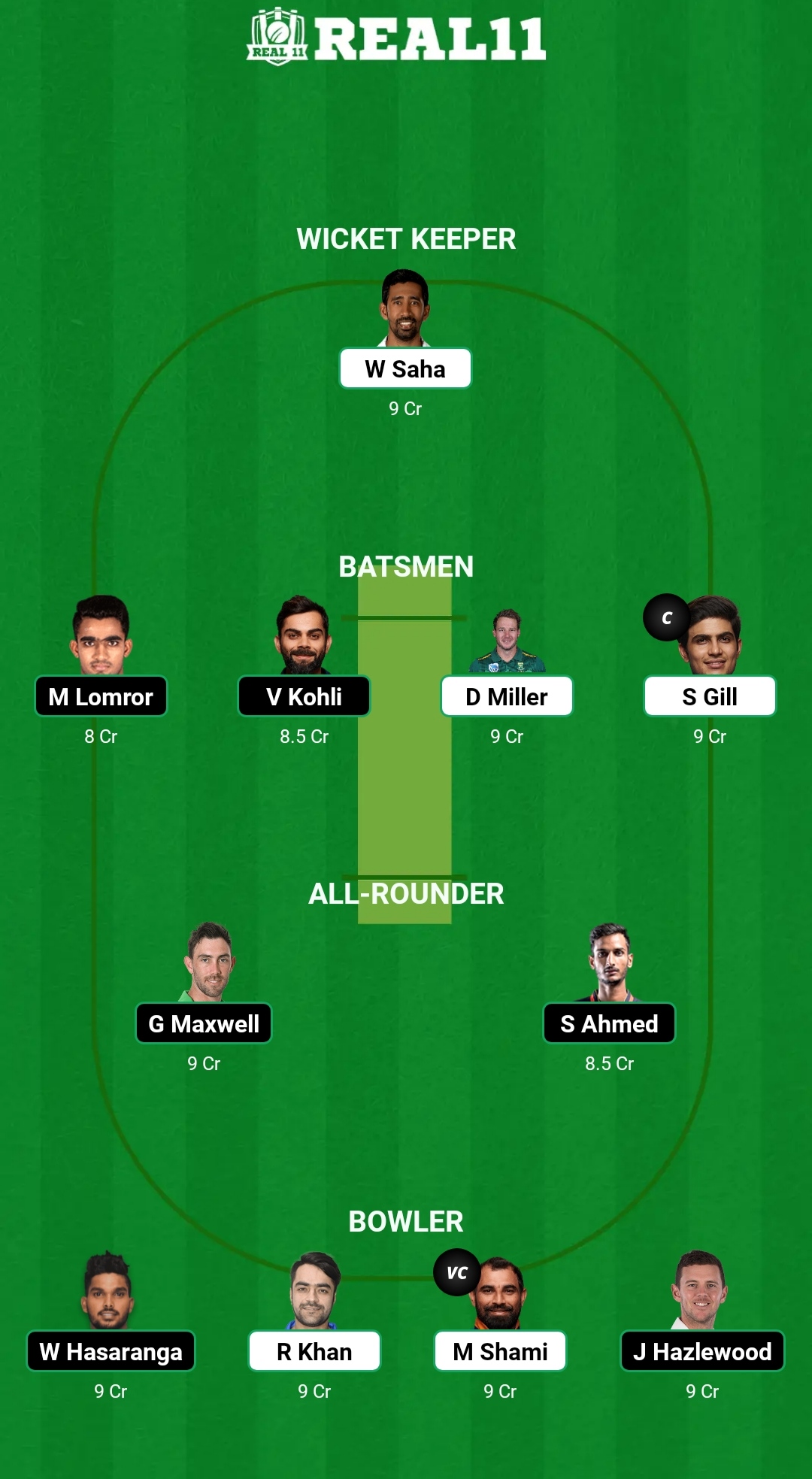