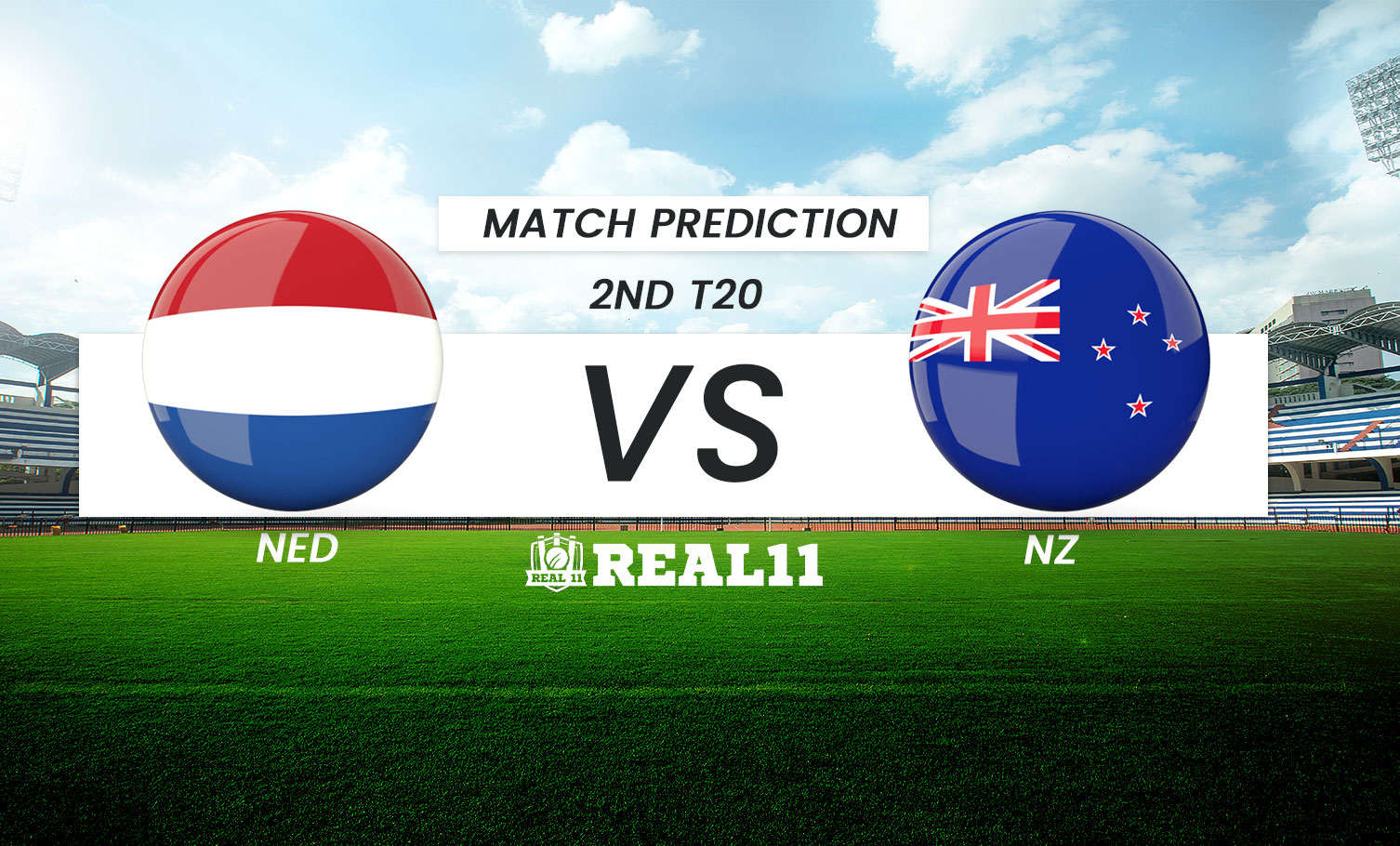 NED and NZ will face each other in the second and final match of the T20I series at Sportpark, Westvliet on Friday, August 5. The hosts have a decent T20I record but will face a stern challenge in the form of NZ who are in tremendous form off late.

Led by Scott Edwards, the men in orange have plenty of talent in their ranks. In the batting department they have the likes of Max O'Dowd and Bas De Leede who have amassed a plethora of runs in recent times. Besides batting, Bas De Leede will also hold the key in the bowling prowess. He alongside Logan Van Beek can cause trouble to the NZ batters.

The black caps have hardly put a foot wrong this year. It is fascinating to see how they have managed to keep their performance above par without the services of their regular players. Stand-in skipper Mitchell Santner has done a superb job in marshalling the troops. Martin Guptill, Fin Allen will be the key batters for the men in black while Lockie Ferguson and Ish Sodhi will be the bowlers to keep an eye on.

The Sportpark Westvliet surface hasn’t hosted many international matches, but traditionally it is a high scoring ground. Pace bowlers are expected to get some assistance during the early phase of the match. The team winning the toss should elect to bowl first as chasing teams have won 60% of matches at this venue. 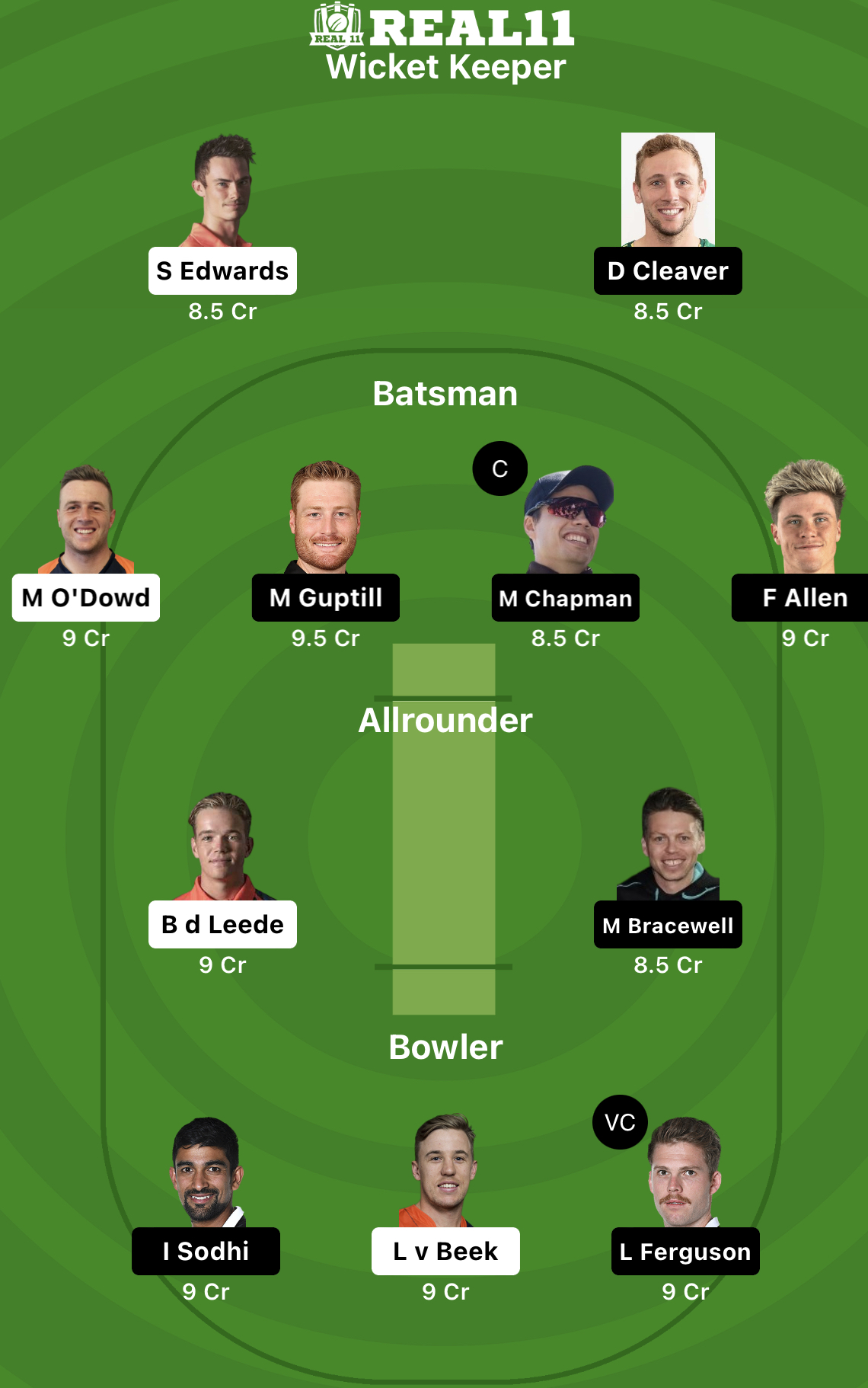