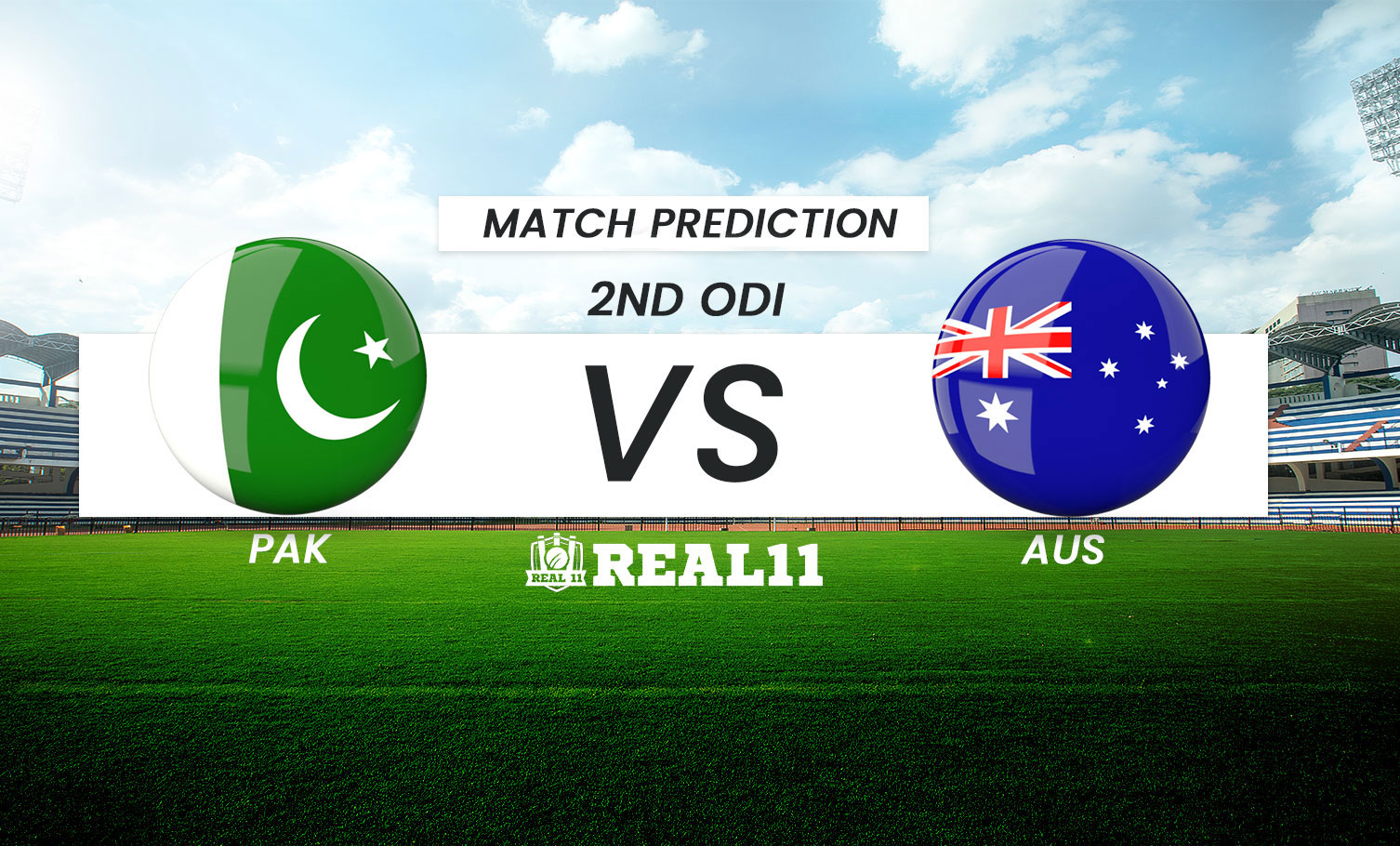 Pakistan will face Australia in the second ODI of the three match series at the Gaddafi Stadium, Lahore on Thursday. After an easy victory in the opening game, the visitors will look to carry the winning momentum and clinch the series. Pakistan on the other hand will be desperate to bounce back and even the series.

Pakistan had a disappointing start to the One day series. Coming on the back of an upsetting series loss in the Test format, the men in green were expected to come hard in the first ODI.  After winning the toss, Pakistan asked the visitors to bat first. The decision didn’t turn in their favour as Australia posted a formidable total of 313. Travis Head thrashed Pakistani bowlers to all parts of the ground during his knock of 101. He alongside Finch gave the Aussies a flying start. At one stage, Australia were looking good to cross the 400 run mark but Haris Rauf and Zahid Mahmood pulled back things for the hosts in the middle overs. Pakistan in reply were bundled out for 225. Imam Ul Haq scored a sublime hundred but he eventually went out of partners, handing Australia an easy win.

Head and Zampa guided Australia to a famous victory in the series opener. While Head led the batting charge, Zampa rattled the Pakistani batters with ball in hand. The visitors will be heading in this game with their heads high. They will be eager to continue their domination and ultimately triumph the series. Travis Head, Ben Mcdermott and Marnus Labuschage will be the batters to keep an eye on. Adam Zampa will lead the bowling prowess which has the likes of Abott, Ellis and Swepson. Ahead of the series decider, let us have a look at how these sides will fare out in the clash.

It’s extremely hot in Lahore at the moment and thus the team bowling first will have a very difficult day in the field but the dew also plays a huge role under the lights as temperature drops significantly. Thus, both the teams will face some challenges whatsoever. The pitch is not expected to change much and the captain who wins the toss will have to decide the challenge he takes. Another high scoring game is on the cards

With one up in the series, Australia will give it all to gain an unassailable lead. Pakistan however have the necessary resources to go 1-1. We fancy the hosts to emerge victorious.