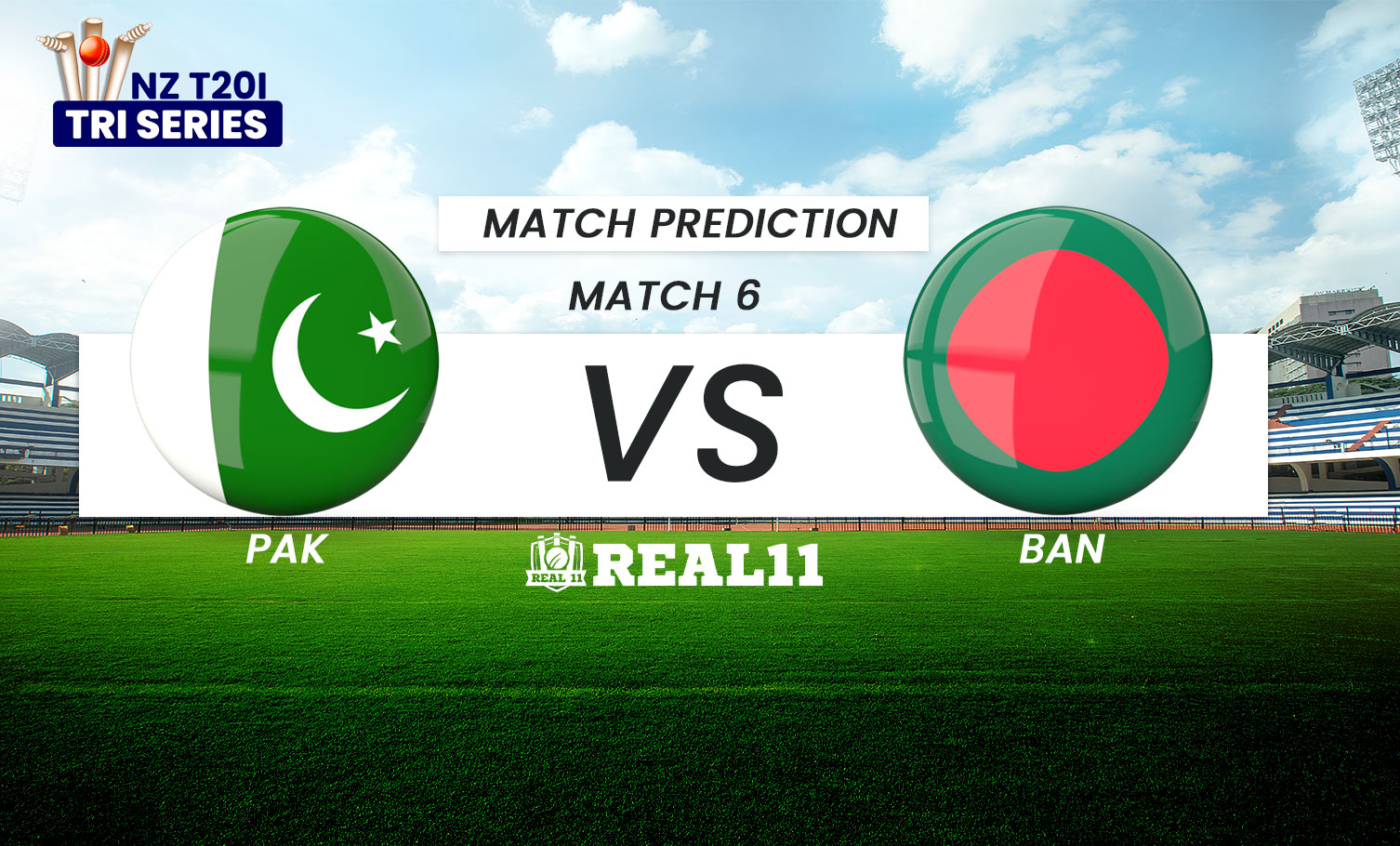 Pakistan and Bangladesh will again clash against each other in the 6th match of the Tri-Series. The match will be held at the Hagley Oval in Christchurch on Thursday, October 13, 2022.

This match will be the second game between both teams in this series. The Men in Green had won the first match by 21 runs after drafting a total of 167 runs on the scoreboard. The Pakistan team led by Babar Azam have won two out of the three matches so far in the series and will be hoping to win this match as well.

On the other hand, Bangladesh, have failed to fetch victory in not even a single game in the series and have one final chance to deliver their finest performance before the beginning of the T20 World Series. Till now, they have now managed to win only four T20Is this year and a couple of these victories came against the United Arab Emirates cricket team last month. They will now face Afghanistan and South Africa in two warm-up matches before the start of the T20 World Series Campaign.

The 6th match of the New Zealand T20I Tri-Series 2022 is scheduled to be played at the Hagley Oval, Christchurch. The pitch at this stadium is good for batting but is one of the slower pitches in New Zealand. Batters will find it tough to score runs on this pitch. A total of 150 runs can be expected as a par score.

Babar Azam and Co. defeated Bangladesh in their last meeting of the ongoing tri-series. The Men in Green have a better side and are expected to emerge victorious before their ultimate clash against the hosts, New Zealand on Friday, October 14.