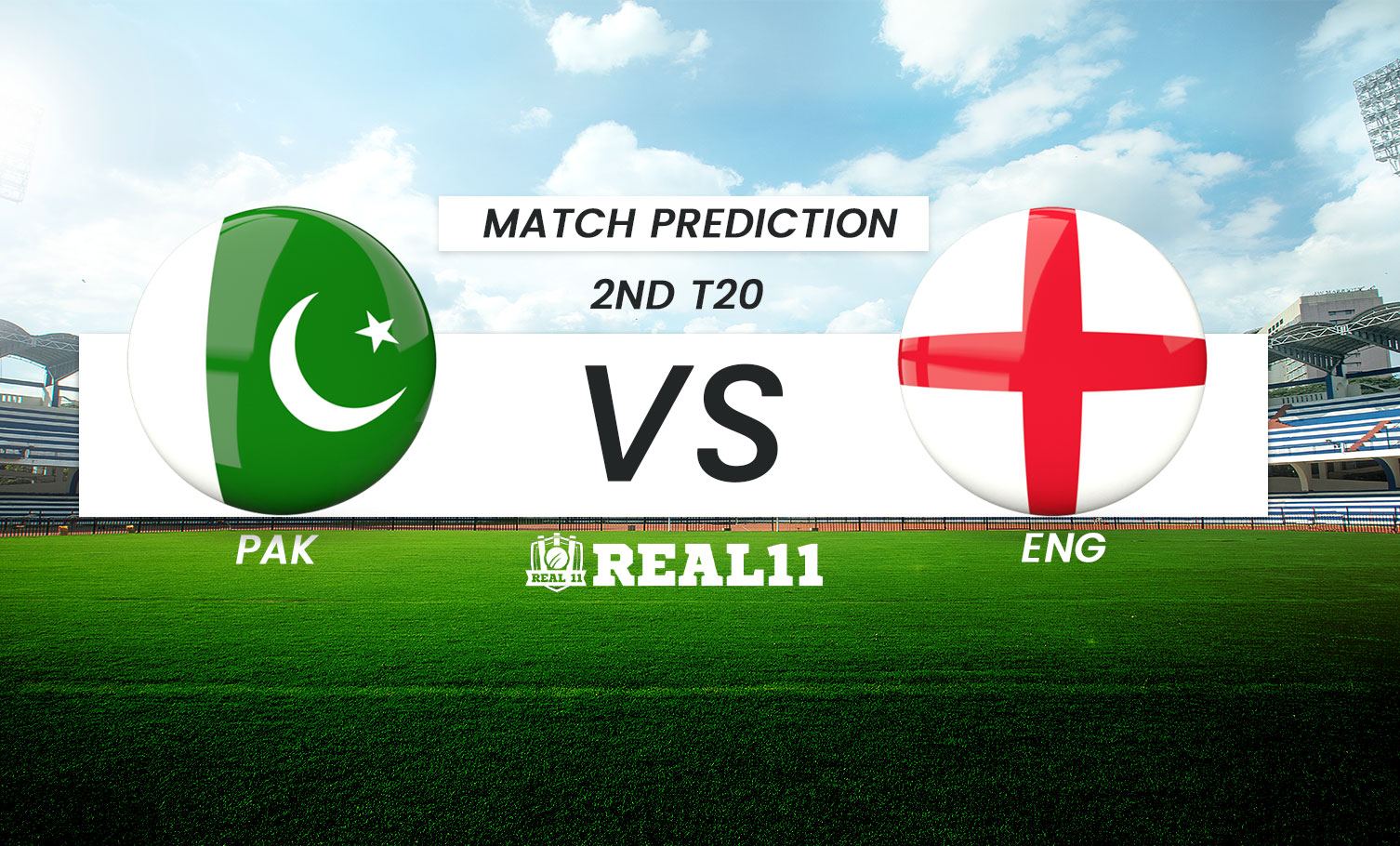 Pakistan and England will clash for the second time in the ongoing seven-match T20I series. The match will take place in the National Stadium, Karachi on 21st September 2022.

England won the first encounter against the home team. They chased down a target of 159 runs quite comfortably with six wickets and four balls to spare. Opener Mohammad Rizwan topped the charts in the first innings with 68 runs to his name. Luke Wood made an amazing debut as he picked three wickets giving away only 24 runs in four overs. Experienced leg spinner Adil Rashid also picked two scalps to restrict the flow of runs.

England’s run chase was powered by opener Alex Hales who scored a half-century (53 runs off 40 balls). Also, Harry Brooks ensured a strong finishing with an explosive unbeaten knock of 42 runs off 25 balls. Latter Wood was named the Player of the Series for his impressive performance with the ball.

The pitch at National Stadium, Karachi usually provides a good surface for the batters. This venue has hosted four T20Is last year, and three of them witnessed total scores of 200 runs and the average during this timespan was 175 runs. Hence it is quite expected that the team winning the toss will be willing to bat the first and put good runs on the board.

Pakistan is a good team with quality players who have proved themselves in many difficult situations. They would definitely give their best to win the 2nd encounter but England are no less than them. Also as being on the winning side, they are quite high on confidence. So it is highly expected that England is expected to win this match.