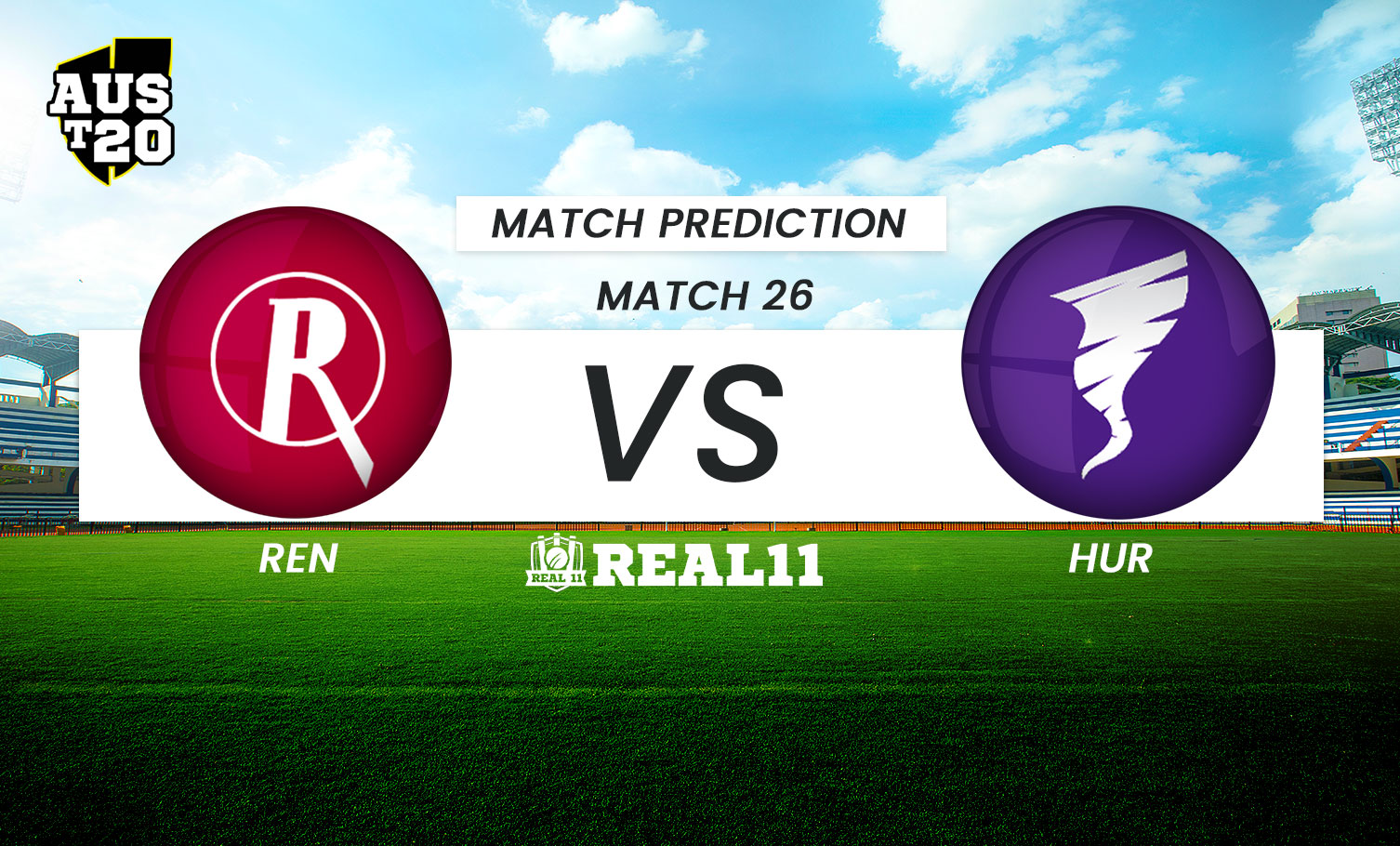 Renegades and Hurricanes will square off in match 26 of the Aus T20 League at the Docklands Stadium on Wednesday. The hosts are placed at the bottom of the points with a solitary win to their name. Aaron Finch will be hoping his troops to battle against the odds, grab a victory and add some substance to their campaign. Hurricanes on the other hand will be heading into this encounter with a lot of confidence after thumping Strikers in their last game.

Renegades have been all over this place this season. Batting has done well in patches but has failed to make any significant impact. Bowling has looked jaded and unimpressive. Skipper Finch alongside Maddinson will need to shoulder the responsibility of the fragile batting order. Sam Harper and Mackinzie Harvey have got starts but have failed to capitalize on it. Both will have to deliver with the bat to aid their team put up a good score on the board. Apart from Kane Richardson none of the Renegade bowlers have managed to scalp wickets on a consistent basis. Zahir Khan is a bright prospect for them but his current form is a matter of concern for the men in red. Khan has been out of his element of late. We still believe the wonder kid has a lot to offer.

With 14 points, 3 wins and as many losses the purple army is slowly creeping up the points table. They are currently positioned at three in the league standings. The batting order is bolstered by the addition of Ben Mcdermott. He has been a revelation for the Hurricanes at the top of the batting order. The 27 year old scored a composed century to guide his team to an authoritative win against the Strikers in the last game. With Wade, Short and Mcdermott in the mix the Hurricanes batting order packs a punch. Bowling has the likes of Ellis, Rogers, Thompson and Meridith. Expect a high octane clash. Ahead of this mouthwatering tie, let us have a look at how these two sides fare out in today’s match

The boundaries are smaller here as compared to other venues in Australia. The runs are expected to come at a brisk rate and the bowlers will need to be on their toes at all times. Seamers can get some assistance during the initial passage of play.

Hurricanes are clear favourites to win this game. They are in good form, have a great unit and a level headed skipper in Wade. We put our stakes on the men in purple to win this exciting fixture.