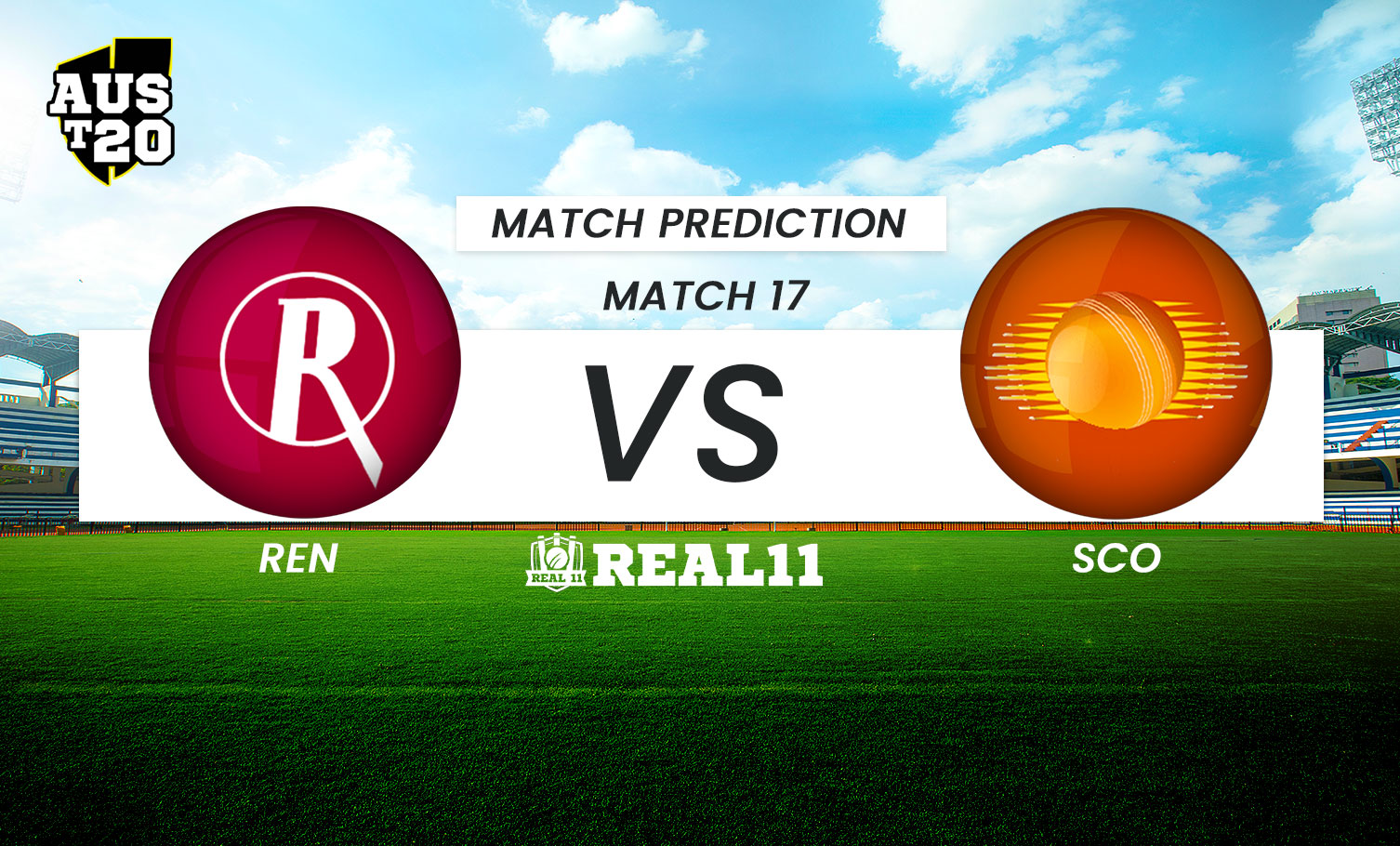 Match number 17 of the Aus T20 League 2021 will see Renegades taking the field against Scorchers at the Docklands Stadium on Dec 22. Scorchers are unbeaten in the tournament so far and are on a four match winning streak. Renegades on the other hand haven’t had a promising start to their Aus T20 2021.  With only a solitary win in three games, the men in red are reeling at the bottom of the table.

Scorchers are the team to beat this season. They have hardly put a foot wrong until now. Be it batting or bowling the orange brigade has done well in every department and are rightly at the pole position. They thumped Hurricanes in their last encounter to extend their win streak to four games. Kurtis Patterson’s whirlwind 48 ball 75 run knock helped the former champions post a competitive total of 167 on a wicket where it was not easy going for batters. Hurricanes in reply could only muster 125 runs in their quota of 20 overs. With 3/19,  Andrew Tye was the pick of the Scorchers bowlers. Overall this Scorchers unit looks strong. Batting department is bolstered by the addition of Josh Inglis who is back in the mix after missing out the first three games due to injury.  The pace trio of Behrendorff, Mills and Tye lead the bowling charge. Hatzalgaou has been impressive with his leg break and it would be interesting to see how the 23 year old performs against his former club.

Renegades have had an awful Aus T20 League 2021 so far and would be keen to turn things around. Tottering at the bottom, the red army have won only one out of their three fixtures up till this point. Nic Maddinson led the team in absence of Aaron Finch who sat out the first three games due to a knee injury. The Australian international has now fully recovered and would be seen marshalling his troops against the table toppers. Batting looks in complete disarray - Openers Sam Harper and Makenzie Harvey have been average at the top, Maddinson and Nabi haven’t really done much with the bat, Seymour and Mcgurk are struggling with their timing. So, their batting unit is in shambles at the moment. We hope Finch’s return could strengthen the fragile batting. Bowling attack has been above par. The pace trio of Kane Richardson, Reece Topley and James Pattinson have done well. But it is Zahir Khan who has been the stand out bowler for the Renegades. The emerging spin wizard from Afghanistan has been impressed one and all with his craft. He is the one to watch out for. Ahead of this high octane clash let us have a look at how these sides will fare out in today’s clash.

It’s a well balanced surface which offers equal assistance to both the batters and bowlers. Expect an even contest between the bat and ball. Something around the range of 160-170 is a good score on this wicket. Batting first can prove beneficial on this track.

Scorchers have been too good this season. They have played excellent all round cricket so far and would be keen to continue their domination. Renegades will need to play out their skins to get a result in their favour. Looking at the depth and balance within the squads, Scorchers are ahead by leaps and bounds. We believe the former champions will put on another splendid performance to pummel the red army.