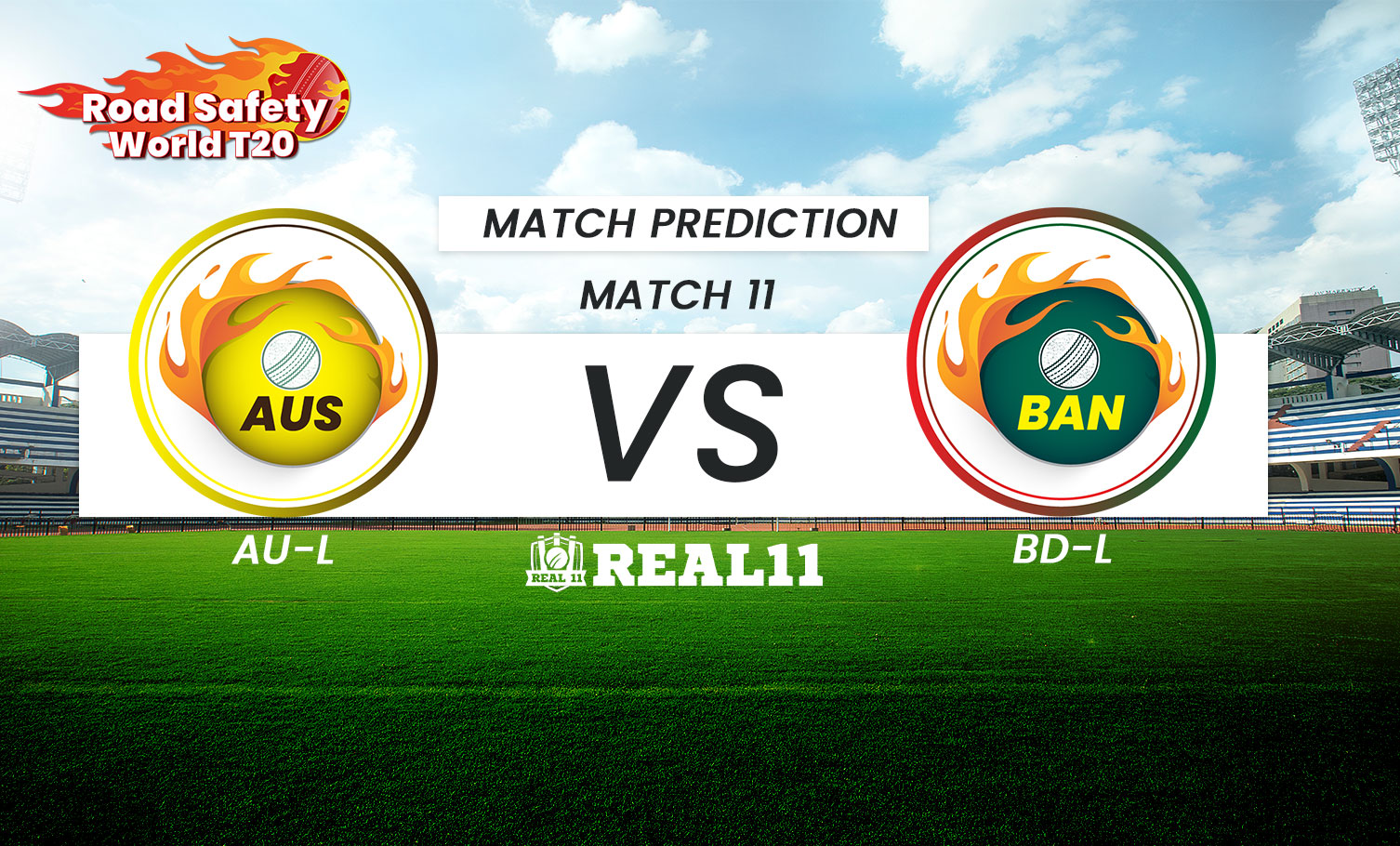 Australia Legends will play Bangladesh Legends in the 11th match of the Road Safety World T20, 2022. The match is scheduled at the Holkar Cricket Stadium in Indore. Both Australia and Bangladesh have lost their inaugural match of the tournament and will hope for a positive outcome in this match.

Bangladesh Legends lost their first match against West Indies Legends by a 6-wicket margin. While batting first BD-L posted a low-scoring total of 98 runs. Dhiman Ghosh, the wicketkeeping batsman scored the highest in the team. He scored 22 runs off 27 balls but failed to put on a decent total before the strong West Indies line-up. The opponents completed the run chase in just 15.2 overs with the services of opener Dwayne Smith who scored 51 runs off 42 balls to power the innings and fetch the victory.

AUS-L played their inaugural match against Sri Lanka Legends. While batting first SL-L posted a massive score of 218 runs with only one wicket loss. Captain Tillakaratne Dilshan led from the front and smashed an astonishing century along with Dilshan Munaweera who scored 95 runs off just 63 balls. The star-studded Australian team were bowled out for 181 runs after a tough fight. Nathan Reardon remained unbeaten at a score of 46 off just 19 balls, the most runs from the Aussie side. Skipper Shane Watson, Cameron White and Callum Ferguson also played some blistering knocks but failed to convert their efforts into the team victory. Nuwan Kulasekara took a four-fer leading the bowling pack from the opponent’s side. Also, Chaturanga de Silva and Jeevan Mendis picked a couple of wickets to cruise their team to an impressive win.

The surface at Holkar Cricket Stadium is a low-scoring pitch. The captain winning the toss may choose to chase the target by restricting the opponent to a low-scoring total.

AU-L will be the favourites to win this match. Bangladesh can give a tough fight but does not possess enough power to defeat the star-studded Australian team.